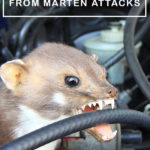 When you’re getting a car, it’s important to consider all of the important options. Model, trim, marten protection. 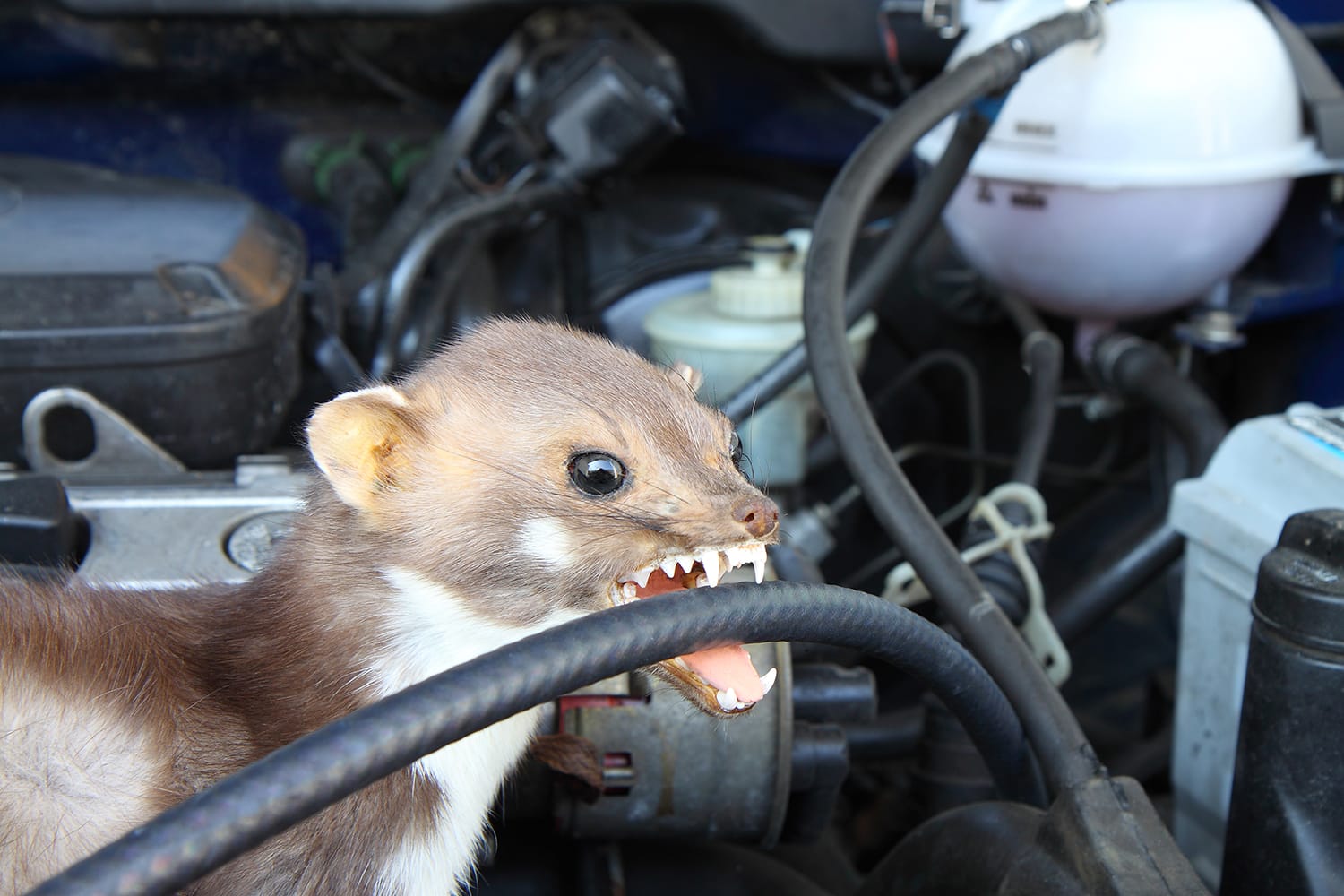 Hold On, What is a Marten?

Martens are adorable, nocturnal, omnivorous members of the weasel family that live for about 10-15 years if they’re not hunted or trapped for their fur first.

According to Earth Ranger Crystal, pine martens (known as “marter” in Europe) are “experts at maneuvering” because they have retractable “long claws, a big bushy long tail, and powerful back legs.” Animal expert Coyote Peterson describes their long canine teeth as “perfect for inflicting that death wound.” All the better to destroy your car, my dear.

But they’re not just after your car. Martens have also been known to chew on everything from soccer players to Cern’s Large Hadron Collider.

Does My Car Need Marten Protection?

If you live in the United States, probably not. But if you live in Germany, Austria, Switzerland, you might want to consider it.

That’s because insurance company Axa reported that they receive 17,000 damage reports from stone and pine marten attacks annually. Insurer GDV says there are almost 600 marten damages reported daily and that in 2017, martens rang up a total of 72 million euros in damage. So, like, the cost of three Bugattis. 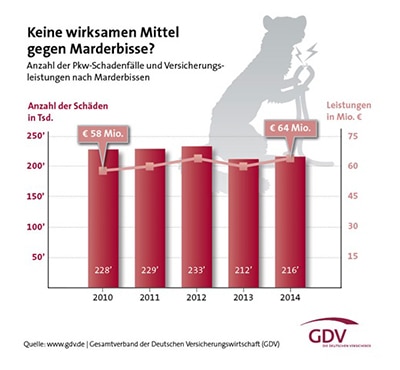 During May and June – marten mating season if you’re not in the know — the small, nimble critters are hungry for their favorite snack: warm cables. The tiny rodents crawl inside the engines to get warm or — if they smell another animal — to claim your car’s engine as its new territory in all the worst ways imaginable.

We found some reports of this on the Swiss English Forum, like this one:

“I first discovered there, the remains of an empty, green bird nut sack. The sort of thing that people hang out to feed birds in Winter. I thought nothing of that until I also noticed that there were lots of peanuts in all sorts of unlikely places, around the engine compartment.

Finally, I noticed that the high-tension cable between the ignition unit/coil and the number 2 cylinder was gnawed through in a couple of places. So it looks like some animal, a Marder I suspect, has, attracted by the warmth, dragged a bird feed sack into the car engine compartment, eaten some of the contents, then eaten through one of the vital cables (maybe as a sort of dessert).”

When it comes to snacking, martens love rubber and soft plastic car parts. In their heart of hearts, martens are just misunderstood luddites. So, really, they’re just out there to eat all the important cords and cables that make your car run. They’re particularly fond of:

How Can I Protect My Car From Marten Attacks?!

Insurer DA Direct says you do not have to be afraid of martens. (Too late.)

But, if you’re trying to protect your car, the best way to do so is to park it in the garage. No garage? In that case, Then according to German insurance company GDV these are the three best methods. They all work less well than you standing outside yelling at the poor rodents to scram.

When all else fails, try chili paste and giving your marten extra snacks like this English Forum contributor.

“Now I know that this will sound weird but would it work if I cover my cables in chili paste? Or would it damage the cables? I don’t want to cause discomfort to this poor animal but I’m annoyed of changing cables and not being able to use my car.

Parking in a garage is not an option. Is there anything I can do to keep him away (without harming the poor creature!!) Putting some cable pieces next to the car so it is easier for him to chew them rather than get in my engine to find some ‘freshly prepared’ cables!”

Latest posts by Rebecca Swanner (see all)
As an Amazon Associate we earn from qualifying purchases. This post may contain affiliate links from Amazon and other sites that we collect a share of sales from.
129 shares