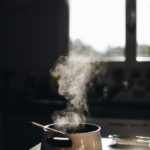 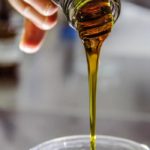 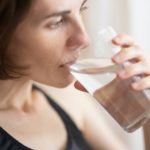 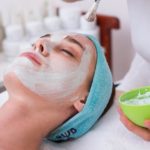 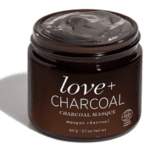 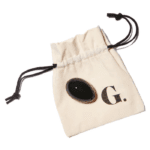 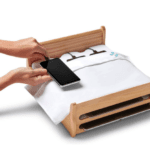 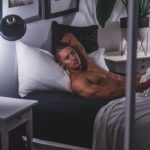 At some point in our lives, we’re all looking to form healthy habits – starting on Monday of course. And, ideally paired with a New Year’s resolution. And, we’ve seen some weird wellness trends take hold over the last 10 years.

Because why simply eating well and stay active, when there can be a magic cure to all your problems? There’s gotta be some secret sauce, right? (It’s probably ranch. Or kombucha.)

Here’s some of our favorite ridiculous “wellness” trends that have popped up in the last decade. 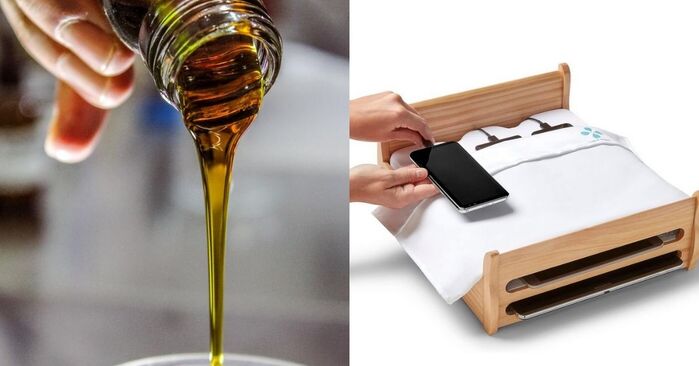 Some of the Strangest Wellness Trends We’ve Seen

Goop cemented itself as the leader of wellness trends that make you go, “Um, what?” with the jade egg. Also known as yoni eggs, these are egg-shaped gemstones that Goop recommends you insert into your vagina. The idea is that they strengthen your pelvic floor, as well as providing the spiritual benefits of crystal healing.

There are no proven medical benefits of inserting a jade egg into your vagina, and the porous material may actually cause infections since it can’t be sterilized. There are better, cheaper, and safer ways to strengthen your pelvic floor. None of which include a vagina omelette. But which do kegels and the Perifit. 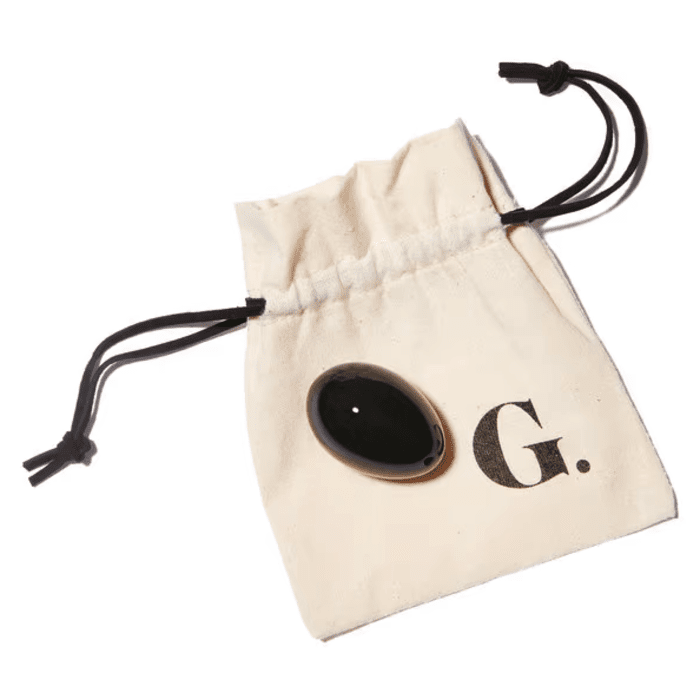 Available at Goop if you’re still inclined to get on this wellness trend.

Vaginal steaming uses herb-infused steam to clean the vagina and provide some other purported benefits, such as treating depression, preventing infertility, and relieving stress. But honestly, we can’t imagine anything more stressful than putting hot steam on the most sensitive parts of our body.

According to science, however, vaginas do not need cleaning.

And if someone tells you there are medical benefits to vaginal steaming, they’re blowing smoke up your you-know-what. (Your chimney. Dude. Seriously. Stop. you’re going to get soot everywhere.) 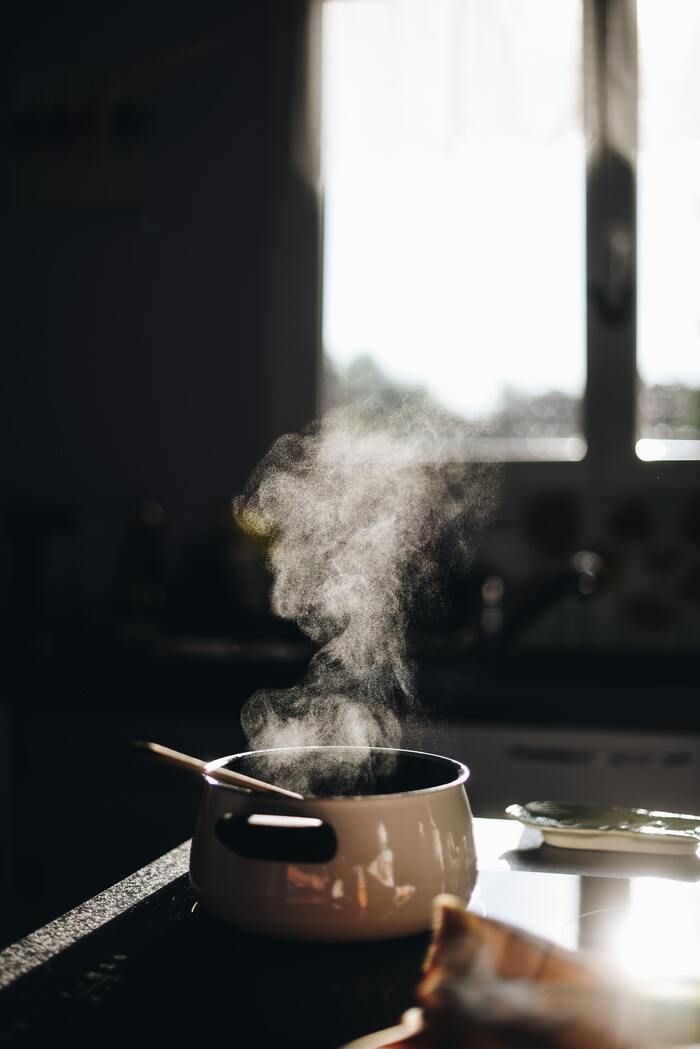 The Internet challenge No Nut November (or NoFap November) began in the early 2010s, but has gained popularity in the last few years. 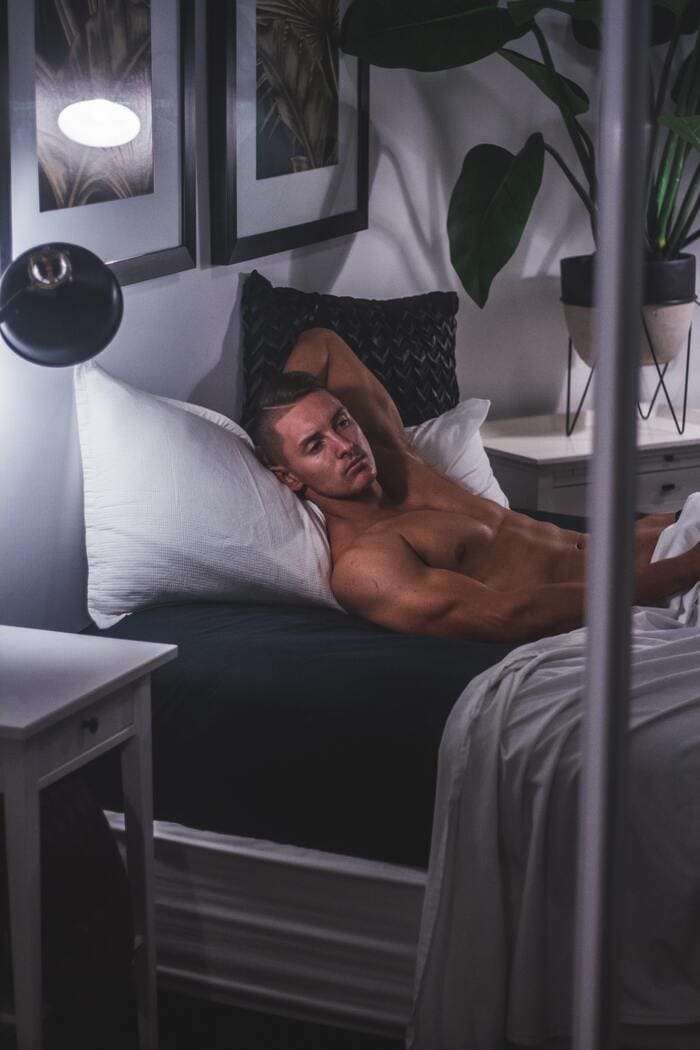 Charcoal is burnt organic matter. Usually it’s the remnants of coconut shells, peat, or wood, that is “activated” by exposing it to certain gases at high temperatures. Before 2017, activated charcoal was mostly used only by doctors to treat poisoning and drug overdoses because it binds with the harmful substances to prevent your body from absorbing it.

Activated charcoal became popular in the wellness community for detoxing in the mid 2010’s. It started showing up in beauty products, as well as Instagrammable black snacks like ice cream, waffles, and pizza.

Although there are some small scientific findings that activated charcoal may help with decontamination, the data is self-admittedly inadequate. We’ll pass on the black chunks in our teeth. Green is way more our style. 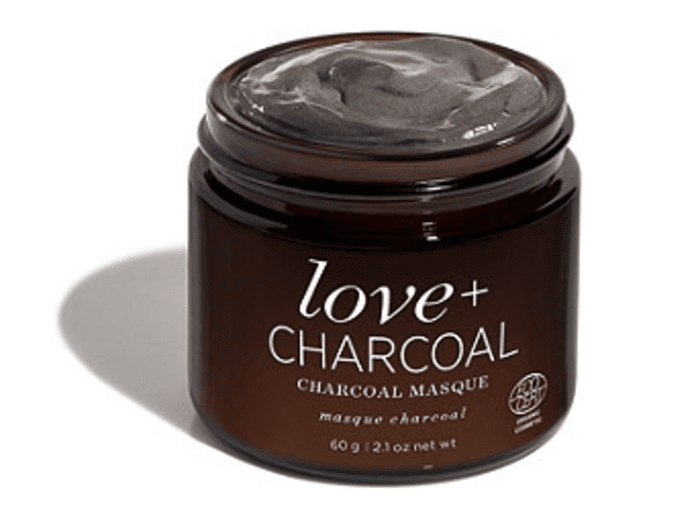 Look, we love Trader Joe’s olive oil as much as the next person, but we’ve never really considered consuming it neat. And that’s exactly what oil pulling is: swishing vegetable based oil, such as coconut or olive oil, around in your mouth for 20 minutes and spitting it out.

Wellness influencers claimed this would give you better mouth health, alleviate hangovers, and improve acne.

Swishing oil in your mouth doesn’t hurt, and some studies show that it may help with oral hygiene…but not much else. And oil pulling definitely shouldn’t replace brushing your teeth, flossing, and using mouthwash. 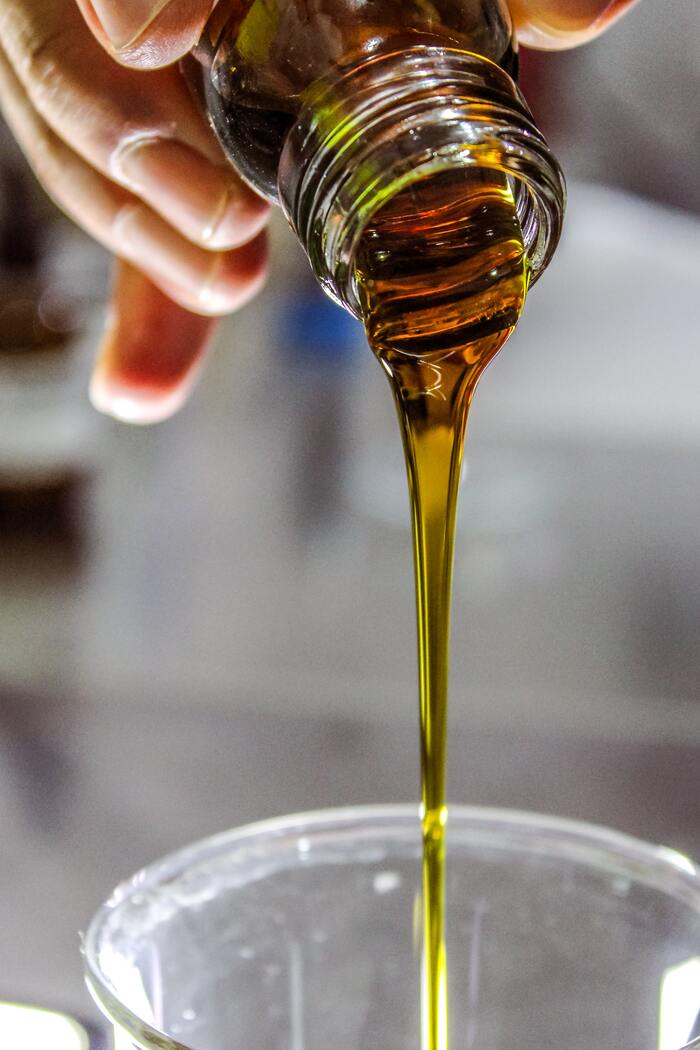 We all want flawless skin, but this is…a lot. On occasion? Sure. For a regular skincare routine? Eh.

In 2015, semen facials were touted by “dermatologists to the stars” as the secret to clear, youthful skin. Even some salons were providing the service with artificial semen. The claim was that the protein, zinc, and urea in semen would provide firmness, anti-inflammation, and hydration.

Semen does contain those nutrients, but not at amounts that will make much of a difference to your skin. You can just use regular facial washes and lotions, which contain enough of those good ingredients to actually do something. Less work and a lovely scent of lavender? Mmmm. 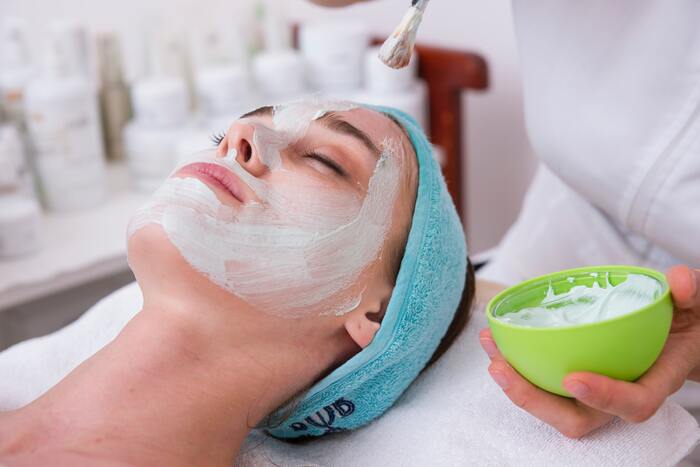 She claimed that the perineum is the Taoist “Gate of Life and Death,” and that it increases creativity, promotes deeper sleep, and gives better focus. Maybe it is after a pungent fart, but there’s no evidence of this claim outside of one book written in 1986.

While happy baby-ing naked in the mountains looks fun, it has no proven health benefits…and may be dangerous. There’s a reason your butt-hole is where the sun don’t shine. You should not be exposing your skin to the sun for long periods of time without protection, and butt-hole skin is particularly sensitive. Do you really want “skin cancer of the butt-hole” in your obituary?

Arianna Huffington published The Sleep Revolution. In it, she provided tips and products to give you better sleep and cure what she called the crisis of sleep deprivation. She recommended that you put your phone to bed before you go to bed. In a $100 Phone Bed, of course.

The miniature bed is just that, a tiny phone-sized bed in which to literally tuck your phone. Your phone would enjoy satin linens and a full charge.

And yeah, it’s true that one-third of U.S. adults don’t get enough sleep and experts recommend that you stop looking at your screens an hour before bed. But there’s no reason that your phone needs a bed that costs more than your Target jersey sheets.

This one’s just as gross as it sounds. Urine therapy is the practice of drinking urine for medical and spiritual benefits, such as curing allergies, treating acne, and preventing cancer.

It’s partially related to the idea that urine is sterile and therefore safe to drink. And reportedly tastes better than some IPAs.

But, in fact, urine is not sterile and contains unsafe bacteria and toxins. There’s a good reason that you’re peeing all that stuff out: your body doesn’t want it. Even if you’re literally dying of thirst, it’s still more dangerous to drink your own urine. Or that jug of milk that’s been hiding in the back of your fridge for the better part of the year. 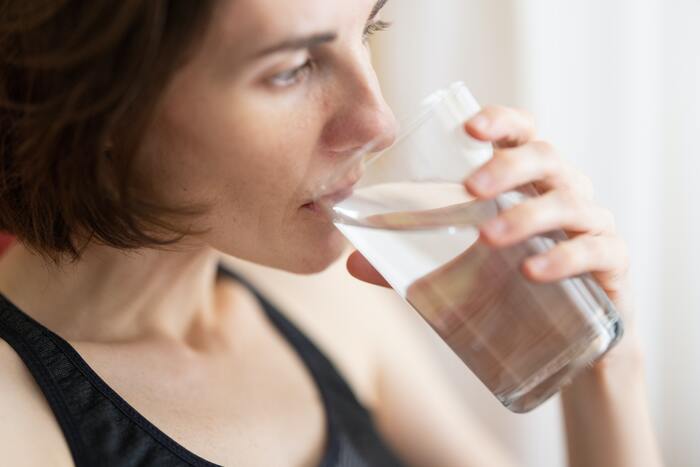 Don’t you hate when you order a drink at a bar and it tastes like nothing’s in it? At an oxygen bar, there’s literally nothing in it…except for air. Oxygen bars offer purified oxygen served through a tube into your nostrils. This “therapy” is said to boost energy, relieve stress, and ease headaches. May we suggest yoga?

While oxygen can help with specific medical issues, there’s no evidence it helps people who don’t have these conditions. You get plenty of oxygen from regular air. You know, that stuff all around you for free.

But if you want to inhale something to relax, you can legally get some green stuff in 18 states to inhale that’s probably more effective… and fun. 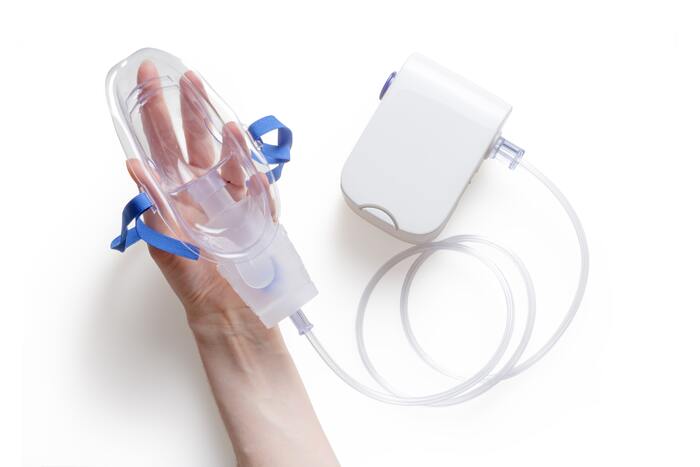 Latest posts by Madison Higgins Hwang (see all)
As an Amazon Associate we earn from qualifying purchases. This post may contain affiliate links from Amazon and other sites that we collect a share of sales from.
50 shares