Home » Food + Drink » Drinks
This post may contain affiliate links that we collect a share of sales from. Click here for more details.
407 shares
Jump to Recipe 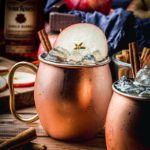 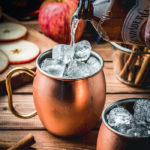 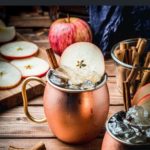 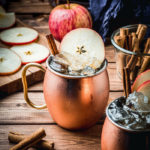 This Apple Cider Mule is a refreshing twist on the traditional Moscow Mule. It’s made with Kentucky bourbon, apple cider, ginger beer and is the perfect cocktail for Fall. 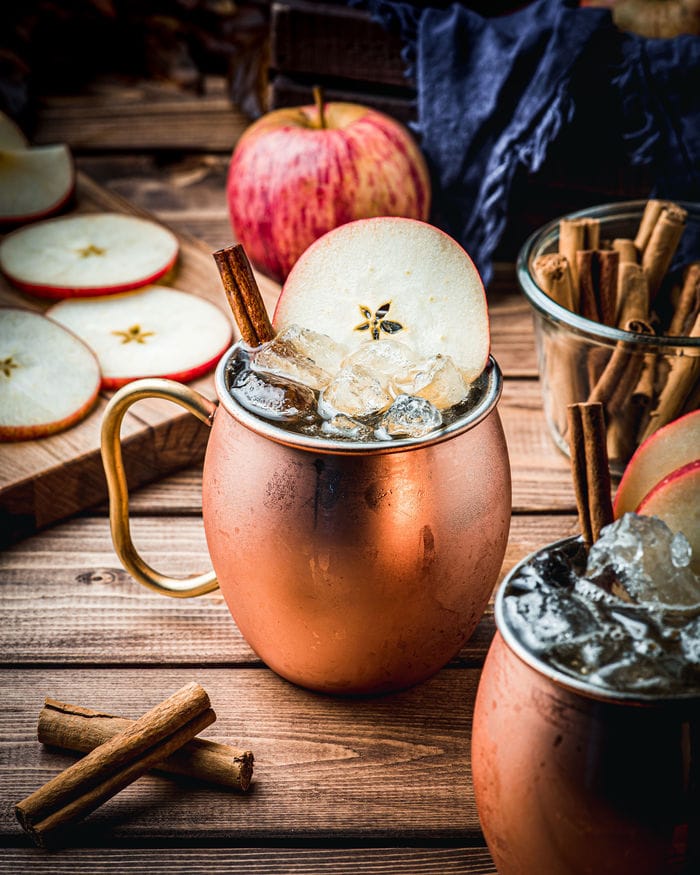 Oh, Moscow Mule, how we love thee! Let us count the ways. One… two. There are two reasons we love you. Your ginger-led kick, for one, and two, your very specific vessel requirement — a copper mug that, weirdly, doesn’t keep drinks colder or add anything to the taste, but definitely tells everyone exactly what we’re drinking.

But now it’s fall and we need everything to taste cinnamon-y. That’s why we remixed the classic mule! Specifically, we swapped out the vodka for good ‘ol bourbon. We kept the ginger beer, but also added apple cider. Then we went bananas with some garnishes — none of which are bananas.

The result is an easy and delicious cocktail for a post-apple picking sesh or pre-Thanksgiving family blowout. 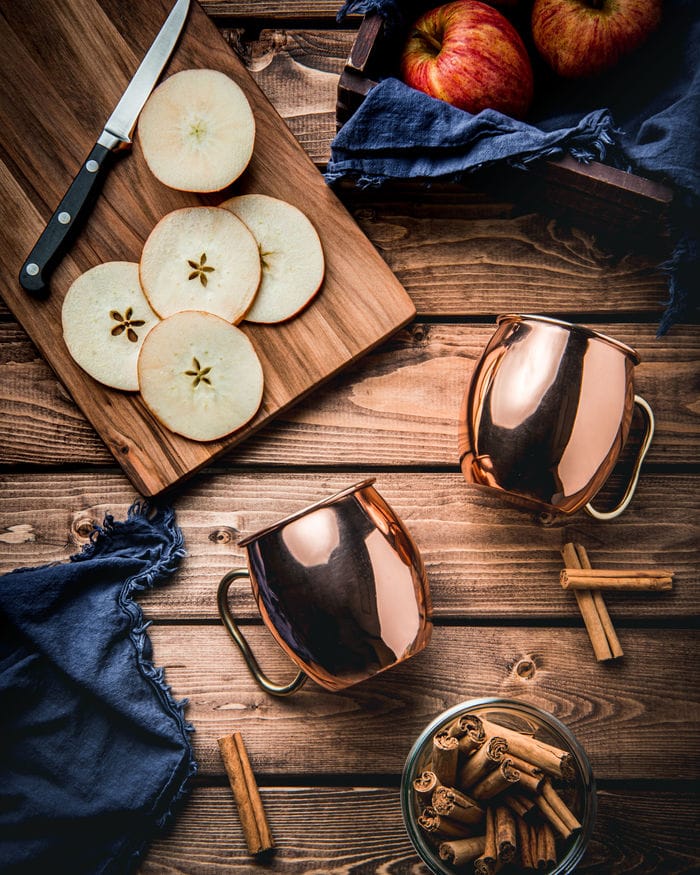 To make the Apple Cider Mule, pour all the ingredients into a cocktail shaker and stir it good. If you shake it, it’s gonna go all over your kitchen. (If you’re short on home bar tools, check out our list of essential items that double as good gifts.)

Fill that lovely copper mug with ice and strain the mixture into it. Garnish with a cinnamon stick and an apple slice. You could skip the garnish and the mug, but then what will you post on your socials? 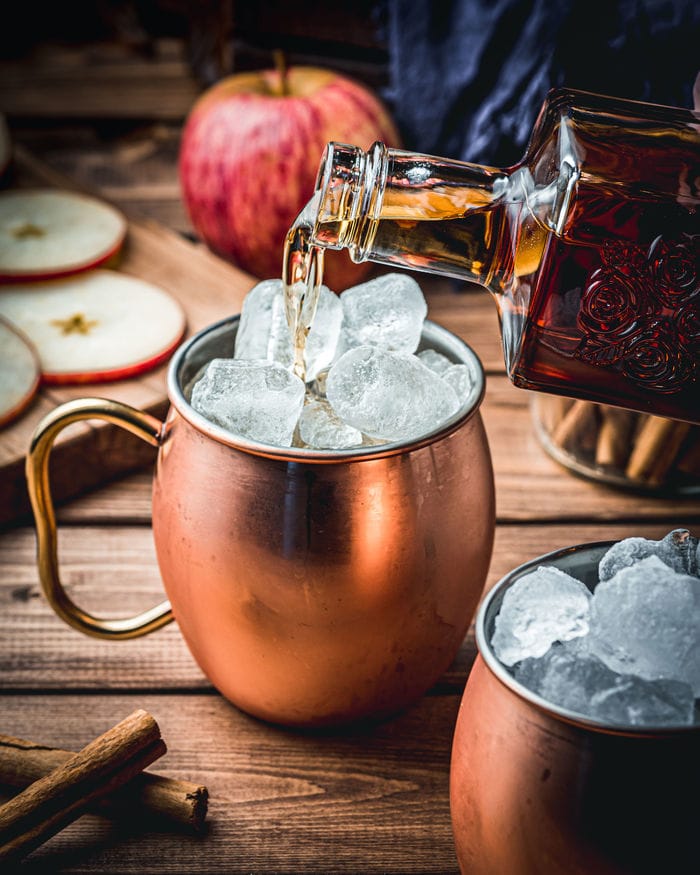 What Kind of Ginger Beer Should I Get?

We recommend one of these ginger beers:

Can I Use Ginger Ale Instead?

Ginger ale is a fine accompaniment to saltine crackers, but is too sweet for a proper cocktail. You should use ginger beer instead of ginger ale in a Moscow Mule. Ginger ale doesn’t have the ginger-forward flavor of ginger beer, and your drink won’t have that mule kick you’re going for. 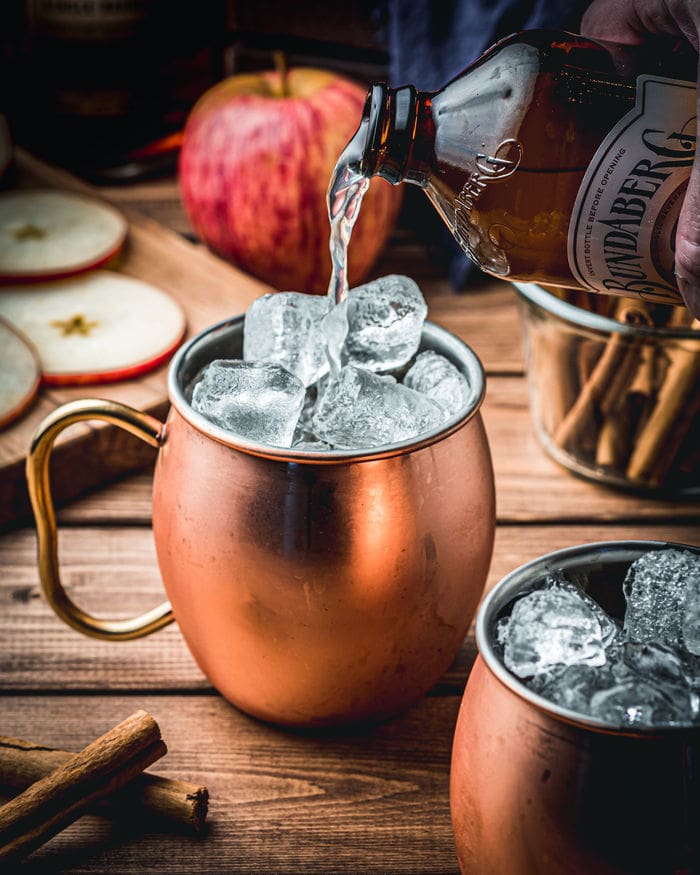 5 from 1 vote
Print Recipe
This Apple Cider Mule is a fall twist on the traditional Moscow Mule. The easy cocktail is made with Kentucky bourbon, apple cider, ginger beer. 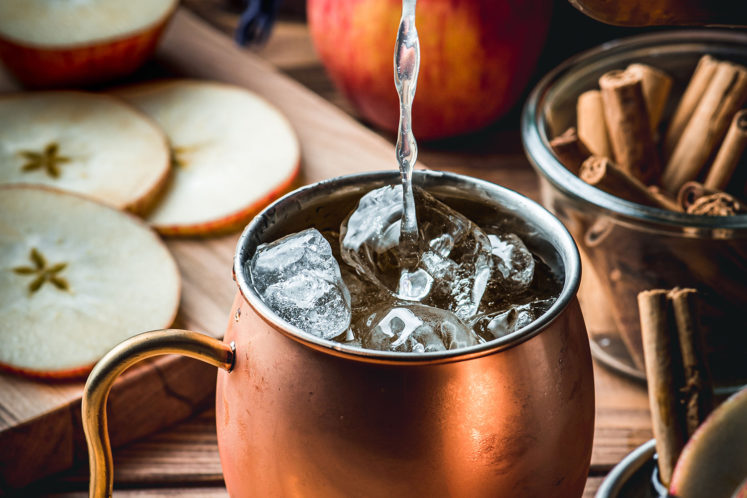 Equipment: Copper Mugs | Cocktail Shaker Measuring: An easy way to measure out the cocktail's ingredients is by using a tablespoon. Two tablespoons equals 1 oz. For two mules, you'll need 8 tablespoons for the bourbon, 12 for the ginger beer, and one for the apple cider.
Nutrition Facts
Apple Cider Mule
Amount Per Serving (1 cocktail)
Calories 187
* Percent Daily Values are based on a 2000 calorie diet.
Course: Drinks
Cuisine: American
Keyword: apple cider mules
Author: Rebecca Swanner
Did you make this recipe?Leave a review below, then take a photo and tag @letseatcakeblog on Instagram so we can see it!

Photos by Angela Persicke of Cooking with Wine.

Latest posts by Rebecca Swanner (see all)
As an Amazon Associate we earn from qualifying purchases. This post may contain affiliate links from Amazon and other sites that we collect a share of sales from.
407 shares