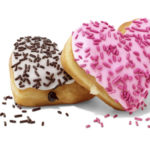 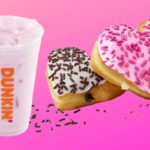 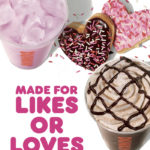 Dunkin’ has done it again, and by ‘it’ we mean made us lose half a day of work drooling over the new Valentine’s Day menu. Our desk has seen better days.

The heart-shaped Brownie Batter and Cupid’s Choice Valentine’s Day donuts might be the star of the show, but Dunkin’s version of the Pink Drink: the Pink Strawberry Coconut Refresher is giving them some competition.

Originally released just for summer, the beverage’s comeback is Dunkin’s way of saying, ‘we can, and will, make fetch happen.’ That’s pretty rad, Dunks. Er, we mean, fetch. 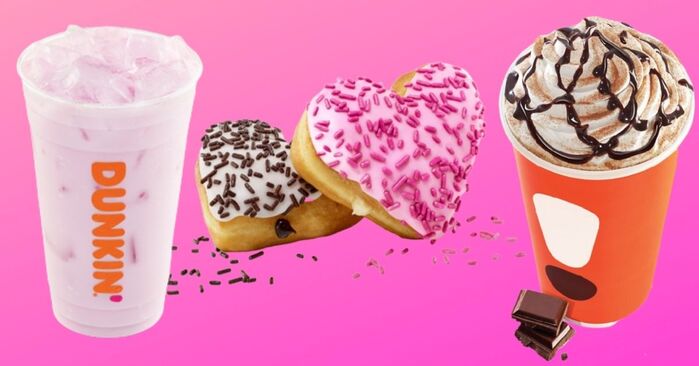 And the Refresher isn’t the only beverage in town. They’ve also got a Cocoa Mocha Iced Signature Latte. We dare you to say that ten times fast. Just maybe not in front of your boss. She still hasn’t forgotten the Cinnamon Challenge of 2012.

The donuts are heart-shaped, our hearts are pork chop-shaped, and all are stuffed with love this Valentine’s Day season.

There is some good news for the day of love, though. On Monday, February 14, Dunkin’ is offering 100 bonus points to anyone who orders ahead using the mobile app. It doesn’t even have to be stuff from the Valentine’s Day menu either.

Latest posts by Laura Davis (see all)
As an Amazon Associate we earn from qualifying purchases. This post may contain affiliate links from Amazon and other sites that we collect a share of sales from.
8 shares