Home » Recipes » Bread
This post may contain affiliate links that we collect a share of sales from. Click here for more details.
185 shares
Jump to Recipe 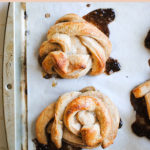 Kanelbullar are Swedish cinnamon buns made from a homemade bread dough and filled with a sweet cinnamon and butter filling. They take about three hours to make start to finish, including resting time.

This Kanelbullar recipe was inspired by Apt. 2B, who adapted it from Fika: The Art of the Swedish Coffee Break. It’s a cross between the traditional recipe and kardemummabullar, which are cardamom buns. And that’s all the Swedish we know! Bork bork bork! 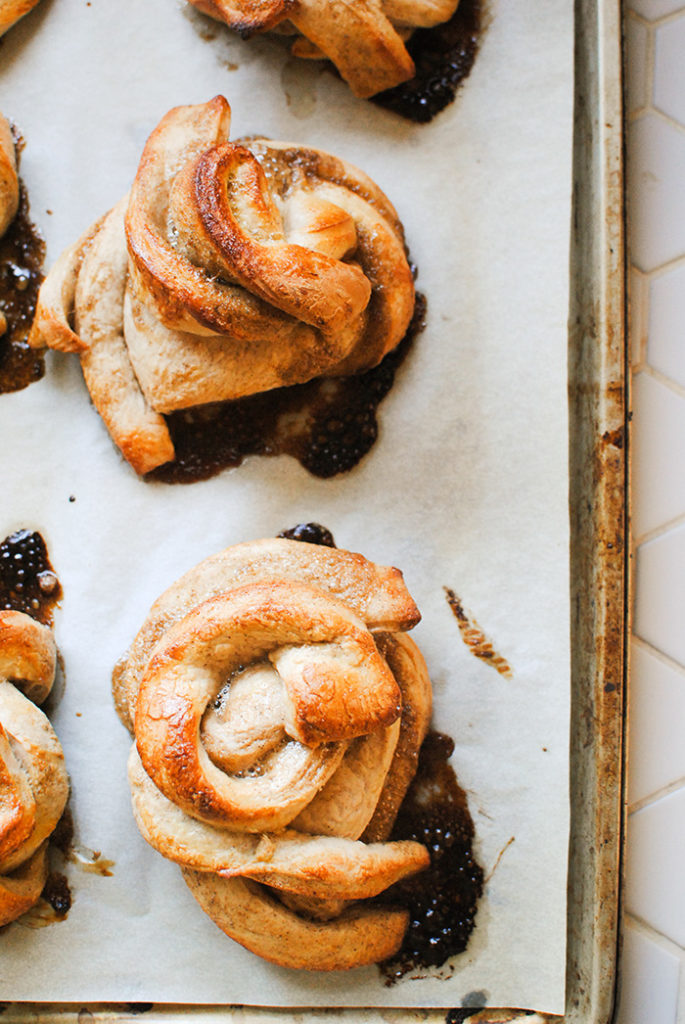 Kanelbullar or kanelbulle are Swedish Cinnamon Buns traditionally made with flour, sugar, cinnamon, and butter. If you’ve ever made babka or our braided apple pie bread before, the method is pretty similar.

Kanelbullar is pronounced CAN-eel-BULL-are and they were invented around 1920, long before Cinnabon took over every mall in America.

But cinnamon snails (the way cuter name for these buns) aren’t just popular in America. According to Sweden’s official site, Swedes consume more than 300 buns each year as part of fika, their daily coffee break.

For another homemade bread recipes, check out this Apple Pie Bread with a Honey Caramel Drizzle

Most cinnamon buns are 2″ to 4″ a piece, similar to the size of a croissant. However, Café Husaren in Haga, Sweden, are known for making extra large cinnamon buns called hagabullar (meaning “Queen of the Kitchen”) that are a full 12″ across. Not that we’re size queens or anything.

The Cinnamon Buns in this recipe aren’t quite that big, but they are larger than normal size because I wasn’t paying attention when I was making them. Feel free to reduce their size, just check on them through the oven door window as they bake so they don’t burn.

These are just one type of the bullar (roll or bun) popular in Sweden. Other varieties include:

How Do You Make Kanelbullar?

Go to IKEA. Pick up a box of KAFFEREP. Take home. Bake. Enjoy.

Or you can follow the recipe below and not set foot in the giant blue box of relationship death.

How to Make Swedish Cinnamon Buns:

If you do want to shape perfect cinnamon buns, watch this video or check out these illustrations. 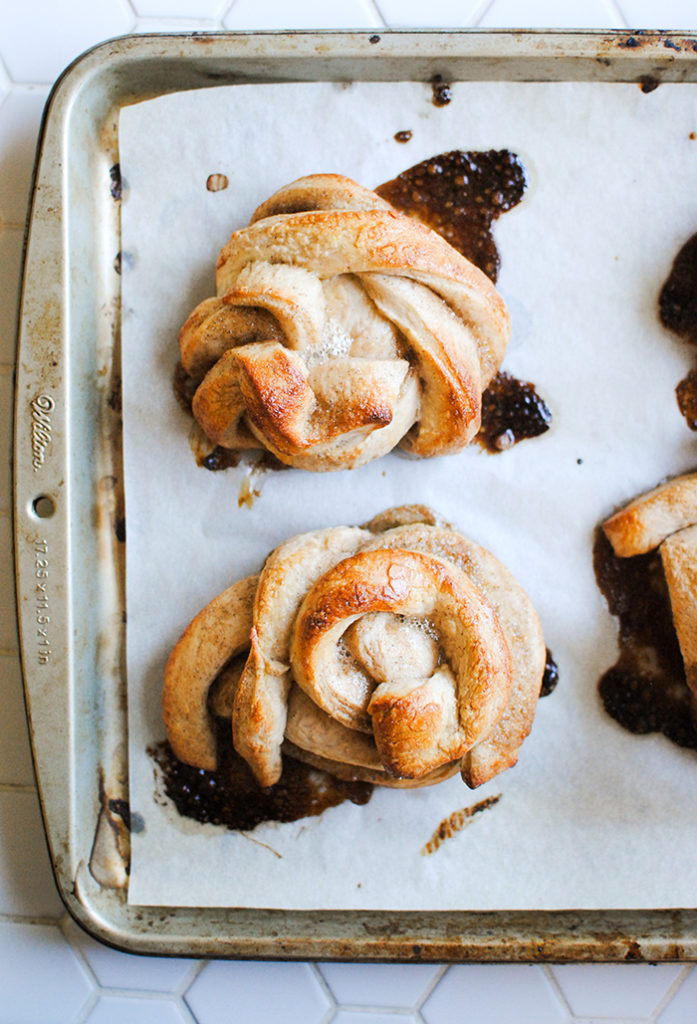 5 from 7 votes
Print Recipe
Sweden is known for their Kanelbullar Cinnamon Buns. Here's how to make this delicious breakfast pastry at home. 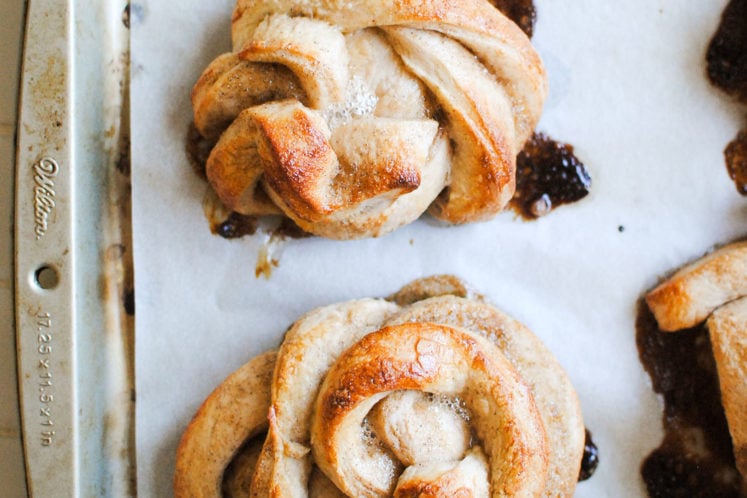 Nutrition Facts
Kanelbullar (Swedish Cinnamon Buns)
Amount Per Serving (1 g)
Calories 292 Calories from Fat 117
% Daily Value*
Fat 13g20%
Carbohydrates 38g13%
Protein 5g10%
* Percent Daily Values are based on a 2000 calorie diet.
Course: Breakfast
Cuisine: Swedish
Keyword: kanelbullar
Author: Rebecca Swanner
Did you make this recipe?Leave a review below, then take a photo and tag @letseatcakeblog on Instagram so we can see it! 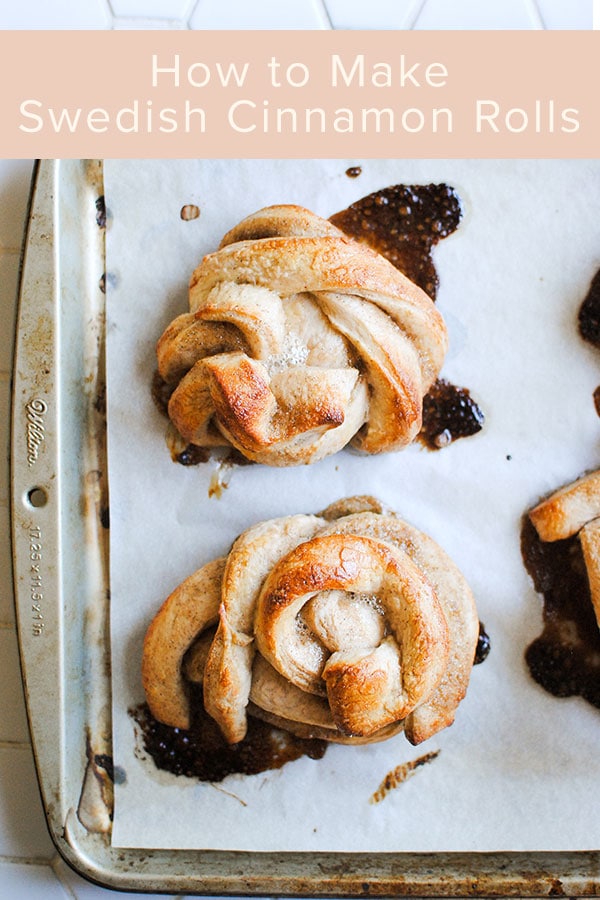 Latest posts by Rebecca Swanner (see all)
As an Amazon Associate we earn from qualifying purchases. This post may contain affiliate links from Amazon and other sites that we collect a share of sales from.
185 shares