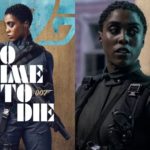 Daniel Craig may be retiring as James Bond this October in No Time to Die, but the movie will also feature the debut of actress Lashana Lynch as the new 007. Clearly, MI6 is really good at dealing with employee turnover.

But while a lot of details about Lynch’s character Nomi are being kept under wraps, we already know plenty about the woman who plays her. From her memorable role in the MCU to the surprising reason she got into acting in the first place, here’s what you need to know about cinema’s rising star Lashana Lynch. 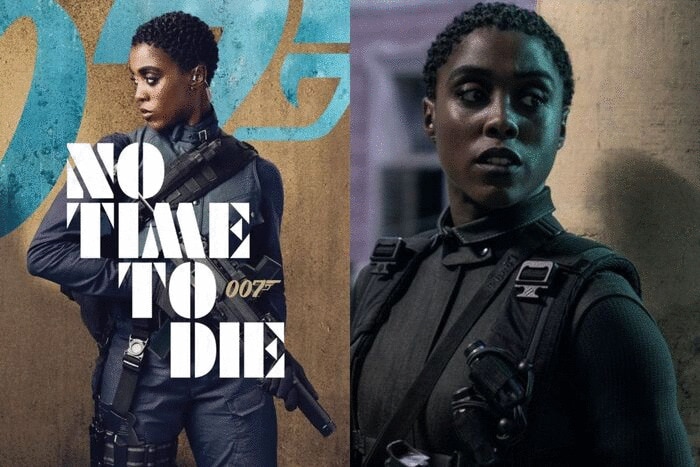 You might have already guessed that, but if you first saw her in Captain Marvel as Maria Rambeau, a hotshot pilot from New Orleans. you might not have realized she’s from London. While she can do a convincing American accent, no word yet on if she can also mimic Daniel Craig’s infamous Foghorn Leghorn-style voice from Knives Out.

007 has previously been played by all white dudes, so Lynch is making history with the role. This isn’t her first time doing this when it comes to characters, though. Lynch also portrayed Rita in a stage play version of the comedy-drama Educating Rita. The role was most famously played by white actress Julie Walters in a 1983 film, but Lynch put her own distinctive stamp on the part.

3. 007 isn’t her first time stepping into a role usually played by men.

Lynch is getting a ton of press for being cast as the first female 007, but the truth is she’s been breaking down gender barriers long before becoming the next James Bond. She also played Juliet’s first cousin Tybalt — a role typically played by a white dude — in a stage production of Romeo and Juliet.

According to Lynch, Tybalt was “screaming to be a black woman.” Since the production never referenced Tybalt’s race or gender, teaching Lynch that “you don’t have to explain your color onscreen or onstage. You just be.”

4. Her first acting role was Pinocchio.

Lynch played the famous puppet in a school play. Shakespearean characters, comic book heroes, little wooden boys… clearly, this is one woman who doesn’t let herself be typecast.

5. Disney inspired her to act.

Lynch grew up watching the Disney movies like The Little Mermaid and related strongly to the way the actors conveyed so much emotion through their voices. We’re sure Disney fans would love to hear Lynch’s voice in the next Disney blockbuster. Or maybe that Pinocchio remake. 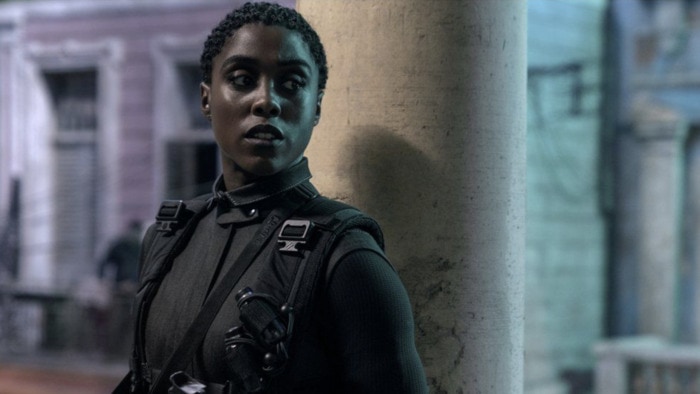 Lynch revisited the warring Capulets and Montagues of Romeo and Juliet when she was cast in ABC’s period drama television series Still Star-Crossed which tells what happens after the deaths of Romeo and Juliet. Lynch plays Rosaline Capulet who tries to get out of an unwanted betrothal to Romeo’s cousin Benvolio. We hope she stays away from the bottle marked poison.

Lynch may be the first 007 who can actually sing. (We’re still trying to forget the time Pierce Brosnan butchered ABBA’s S.O.S. in Mamma Mia.) Lynch writes her own songs and describes her music as “a fusion of soul, jazz, and experimental.” We think she probably means experimental good, not whatever it is we try in the shower.

In fact, Lynch took up acting only after a teacher suggested it might give her singing more depth. In the process, she discovered she loved the stage and screen and focused on pursuing an acting career.

8. She was determined to be in the Marvel films.

After seeing the Marvel films, Lynch was determined to be a hero in the MCU and auditioned for both Black Panther and Spider-Man: Homecoming. However, it was her take on Maria Rambeau that made Captain Marvel co-director Ryan Fleck cry and earned her a spot in the Marvel Cinematic Universe. Maybe she can give us some tips for our next job interview.

Lynch technically isn’t going to be the next James Bond but she is the latest 007. As such, she’ll be the eighth actor to hold that title. If you count film, TV shows, BBC documentaries, and radio plays, Lynch will be the 13th to take over the role.

Lynch wants her 007 to be “a real woman” instead of the impossibly cool 007 we’re used to. Working closely with Lynch and screenwriter Phoebe Waller-Bridge (Fleabag) infused that realness into Nomi with scenes like the one where she exits a restroom and tosses a tampon into a bin. No word on whether or it into the final cut, but maybe Tampax could take some cues from 007 for their next commercial.

If you watch the original pilot Y: The Last Man, you’ll see her in the role of Agent 355, the name of a real-life female spy in the American Revolution. Lynch’s character helps protect Yorick Brown, the last surviving man on Earth. From death and possibly food poisoning.

Becoming 007 started when she acted in the stage play Ear for Eye at the Royal Court Theatre in London. One of the play’s producers was Barbara Broccoli, who produces the James Bond films. Broccoli got Lynch an audition in No Time to Die, but Lynch didn’t know she was trying out for a Bond movie or what role she was going for.

Actors often do a lot of research for their roles. For Lynch, this meant watching every single James Bond movie — that’s 53 hours of movies — to prepare for the part of Nomi. Lynch’s favorite Bond remains Daniel Craig’s debut film Casino Royale, particularly loves the opening free-running scene where Bond chases a villain right up a crane.

When training to play 007, Lynch had to basically live with the stunt team just so she could get strong enough to perform her own stunts. In an interview she says the experience left her with “lifelong ninja training that is gonna stand me in good stead for, I think, the rest of my career.”

For her first major film role, she played Olympic hurdler Belle Newman in Fast Girls. To prepare for the role, she adopted the athlete’s diet which reportedly required her to consume anywhere from 1,200 to 8,000 calories before competition. We’re suddenly regretting not sticking with track and field.

16. She suffered no reported injuries while filming No Time to Die.

Being Bond is rough. Over the course of his last four James Bond movies, Daniel Craig lost two teeth, sliced off a fingertip, injured his knee, and had to have minor surgery on his ankle after a mishap filming No Time to Die. And that’s with a stunt crew. But reportedly, Lynch is the first person who didn’t suffer any injuries during a 007 film shoot.

17. She doesn’t want to take over the James Bond franchise.

Some have speculated that Lynch will be taking over the James Bond franchise following Craig’s departure. However, Lynch told The Guardian “Nooo! You don’t want me!” Is this like when political candidates say they’re not running for office? If not, here’s 10 other women who could be a great 007.

18. She thinks Bond could be anyone.

Lynch may not be interested in taking over as James Bond, but she does feel that Bond could be played by anyone. In an interview with Entertainment News, Lynch commented that age, gender, and race shouldn’t prevent anyone from being Bond. She even joked that the producers could cast a two-year-old and audiences would still come and see what a toddler would do for the role.

Some movie actors — Tom Holland — are infamous for dropping spoilers about their upcoming films. But Lynch says she’s really good at keeping secrets. Even her friends often have to pay for a movie ticket to find out what her character is really up to. James Bond might blurt out his real name to every megalomaniac or pretty girl he meets, but Lynch is one 007 who knows how to stay undercover.

Latest posts by Michael Jung (see all)
As an Amazon Associate we earn from qualifying purchases. This post may contain affiliate links from Amazon and other sites that we collect a share of sales from.
72 shares