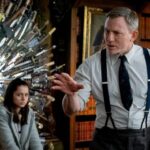 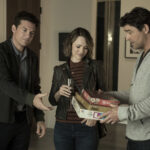 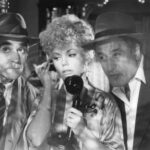 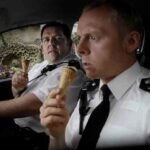 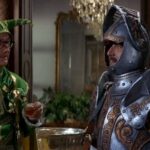 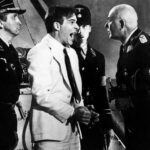 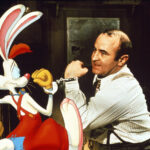 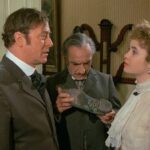 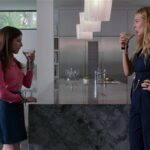 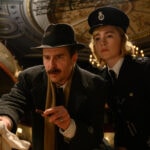 Murder and comedy are just like French fries and ice cream. They shouldn’t go together, but they pair up so well. Both combos are also an excellent idea for a date night. Or, a double date night with Tums and Lactaid. So if you want some juxtaposition for a romantic evening, here are the best comedy mystery movies to watch.

It doesn’t matter if we’re following a cartoon rabbit trying to clear his name, a mom vlogger discovering the disturbing truth about her friend, or a goofy gumshoe stumbling through classic noir films. We just can’t get enough of those whodunnits that tickle our brains and funny bones at the same time. 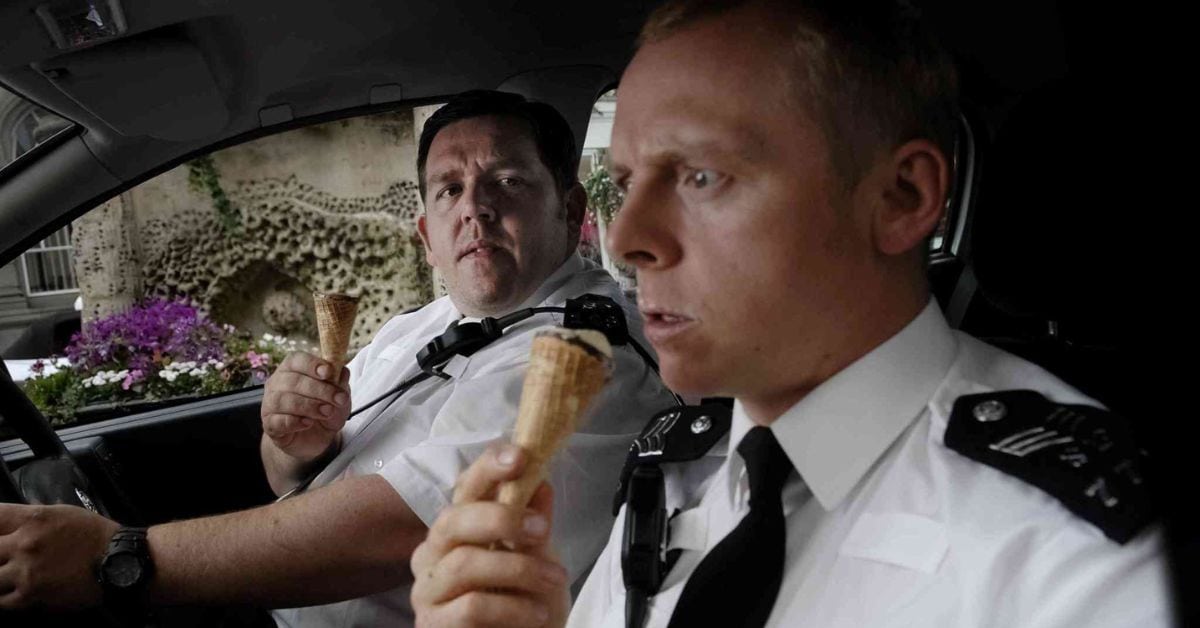 With Daniel Craig returning as everyone’s favorite master detective Benoit Blanc this year in Glass Onion, we thought it would be fun to put together a list of the best comedy murder mystery movies. Cue up one of these flicks the next time you feel like challenging your brain or just giving yourself a good laugh.

We do love you, Nancy Drew. But you could use some work on your tight five.

The Best Comedy Mystery Movies Everyone Should See

Former James Bond Daniel Craig channels his inner Foghorn Leghorn to play Southern gentleman sleuth Benoit Blanc in Knives Out. The master detective investigates a dysfunctional family to learn which one of them killed mystery novelist Harlan Thrombey (Christopher Plummer) after he disinherited all of them. At least he won’t have to look too far for a motive.

Both Knives Out and its 2022 follow-up Glass Onion feature ensemble casts of A-list actors. It lets us find out what happens when you put Dave Bautista in the same room as Edward Norton and Kate Hudson. Hint: it’s not pretty, but it is hilarious.

Benoit Blanc grumbles that the Clue board game is “a terrible, terrible game” in Glass Onion. But those who’ve seen the film based on the game know that it’s a must-watch.

Clue follows a group of blackmailed guests trapped in a mansion. And, they must discover which one of them just killed their blackmailer. Personally, we prefer a game of Cards Against Humanity to liven up our dinner parties. But to each their own.

It seems like someone isn’t thrilled with the play and is killing people to make a point. Haven’t they just thought about leaving a review on IMDB?

Great detectives can be anyone. Just ask mom vlogger Stephanie Smothers (Anna Kendrick). She stops making videos about crafts and recipes when her new friend Emily Nelson (Blake Lively) goes missing. Then, she starts using her online platform to solve the mystery.

Wonder if she’ll start teaching moms how to lift fingerprints and question suspects? It’d be a great way to keep your kids in line. Follow us for more great parenting advice.

No murder-mystery movie list would be complete without at least one Sherlock Holmes film. But we’re betting you haven’t seen a Holmes like the one in Without a Clue. In this flick, “Sherlock Holmes” is just a washed-up actor (Michael Caine), hired by Dr. Watson (Ben Kingsley) to serve as a decoy while Watson solves all the cases himself.

Unfortunately, Watson gets killed and “Holmes” is left to solve the case on his own. And you thought you were annoyed by that extra work your boss gave you last week.

Cartoon characters don’t often appear on the usual list of suspects. But when you live in a world where “Toons” hang out side-by-side with real people — and the victim got killed by someone who dropped a safe on his head — then you might want to ask Roger Rabbit where he was on the night of the murder.

This classic live action/animated film is hilarious and entertaining. And, it gave us one of the greatest femme fatales (and adult Halloween costumes) in movie history: Roger’s bombshell wife Jessica Rabbit. Unrealistic body standards, who?

Do you like your murder-mysteries to be a bit more meta? Then follow private investigator Rigby Reardon (Steve Martin) as he wanders through classic film noir scenes to investigate the murder of cheesemaker John Forest. Along the way, he questions movie legends like Humphrey Bogart, Bette Davis, and Vincent Price. And apparently doesn’t have a problem with name dropping.

This cult classic splices clips of vintage mystery movies with new footage of Martin, turning what were once serious crime dramas into goofy bits: Rigby insults Bogart, dances around bullets shot by Alan Ladd, and tries to give a puppy to Ed Asner. Which makes us wonder — what was Asner really asking Rigby to “pick up” when his dog had an accident on the floor?

A catchy theme by Henry Mancini, a classic cartoon character, and a side-splitting comedy? This is one movie that has it all. The original Pink Panther introduces us to Inspector Jacques Clouseau (Peter Sellers) who’s trying to stop a jewel thief from stealing the priceless “Pink Panther” diamond. Unfortunately, Clouseau is so clueless, he doesn’t realize his own wife is working with the thief. See what happens when you use Tinder?

Sellers ended up starring in multiple Pink Panther films throughout the sixties and seventies. In 2006, the series was rebooted with Steve Martin as Inspector Clouseau whose attempt at a French accent leaves him unable to say the word “hamburger.” Wait, we thought this was a comedy film? Not a remake of a terrifying highschool French presentation?

Simon Pegg plays uber-competent London police officer Nicholas Angel who’s reassigned to the sleepy village of Sandford after his fellow cops get upset by how incompetent he’s making them look. However, it turns out Sandford has its own crazed killer running around for Angel to investigate. So… yay?

Hot Fuzz is the second in Pegg’s “Cornetto trilogy” which includes Shaun of the Dead and The World’s End. Actually, the three films have nothing to do with each other, although the characters do all talk about Cornetto ice cream cones at some point in the movie. We’ll take three scoops!

Best known as “The Grandfather” in The Princess Bride, Peter Falk also played many detectives during his career. In The Cheap Detective, Falk plays Lou Peckinpaugh, a bumbling PI who’s trying to prove he didn’t kill his partner.

Along the way, he helps his ex-girlfriend who’s on the run from the Nazis, and hunts for a diamond necklace. With a workload like this, maybe he should start thinking of raising his rates.

A traditional game night is a fun time to kick back, reconnect with old friends, and engage in a little friendly competition. That is, unless you’re die-hard gamers Max and Annie (Jason Bateman and Rachel McAdams).

They take part in an interactive role-playing mystery game hosted by Max’s arrogant brother Brooks (Kyle Chandler). But when Brooks gets abducted for real, Max and Annie find the stakes of the game have gotten higher as they discover the truth behind Brooks’ kidnapping. Note to self: next time, stick to Pictionary.

Latest posts by Michael Jung (see all)
As an Amazon Associate we earn from qualifying purchases. This post may contain affiliate links from Amazon and other sites that we collect a share of sales from.
2 shares