Home » Recipes » Snacks
This post may contain affiliate links that we collect a share of sales from. Click here for more details.
1.0K shares
Jump to Recipe 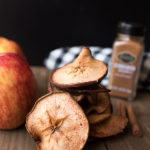 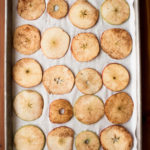 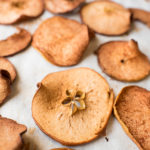 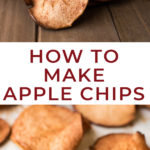 Looking for a healthy snack? These baked Cinnamon Apple Chips will hit the spot. They’re sweet, crunchy, and totally guilt-free. Unlike pears, which are always reminding you to call your mother. 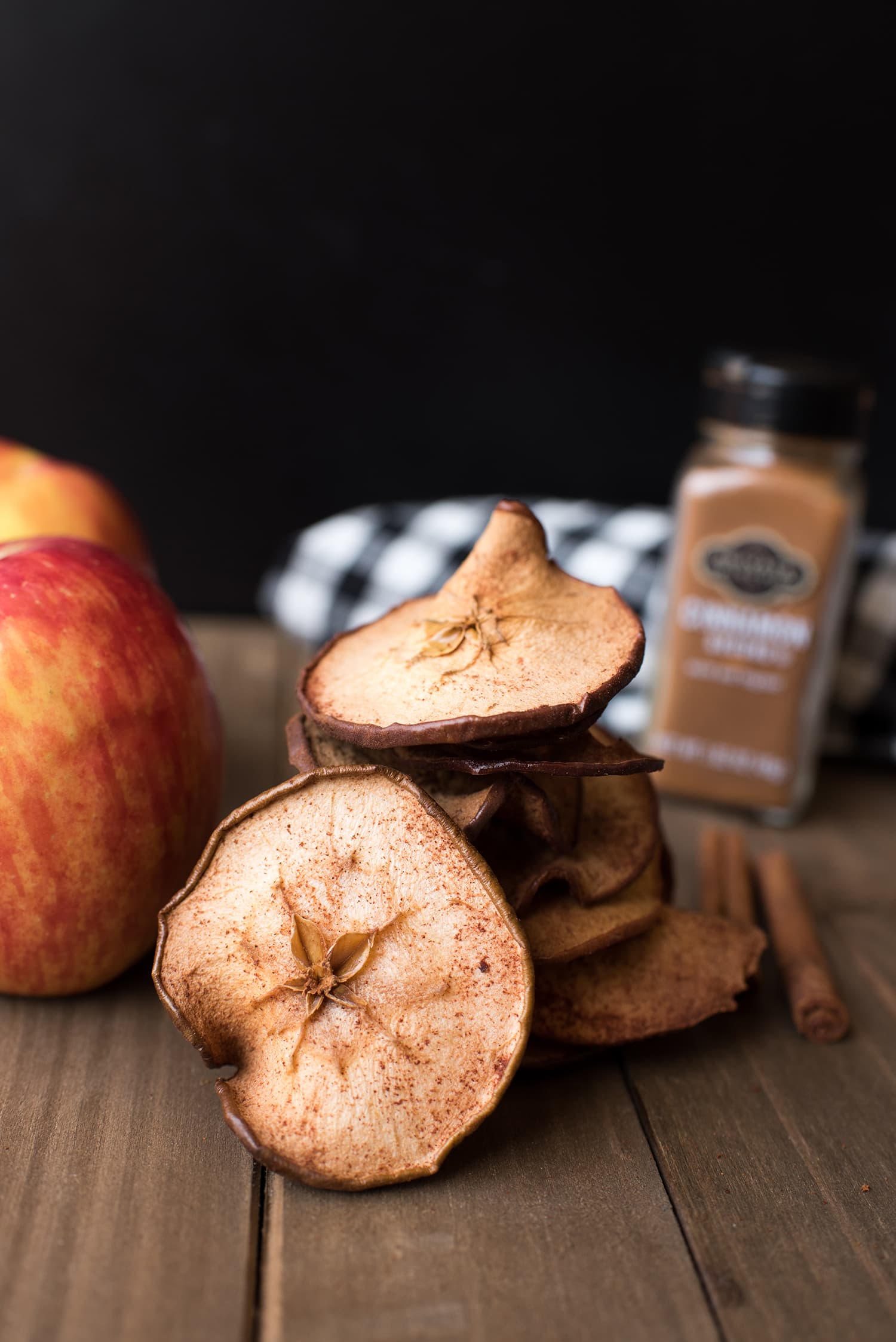 At first, when I made these Cinnamon Apple Chips, I was like, OK, yeah they’re baked apples. Not super exciting. And then I went back to the tray for another. And another. And before I realized it, I had eaten two full apples worth of apple chips!

I don’t know about you, but there’s no way I would just have accidentally housed two apples, so this is officially my new sneaky way of getting more fiber into my diet.

However, after managing to scorch the first batch, I feel it’s imperative that I share some tips with you so you can enjoy these and learn from my mistakes! 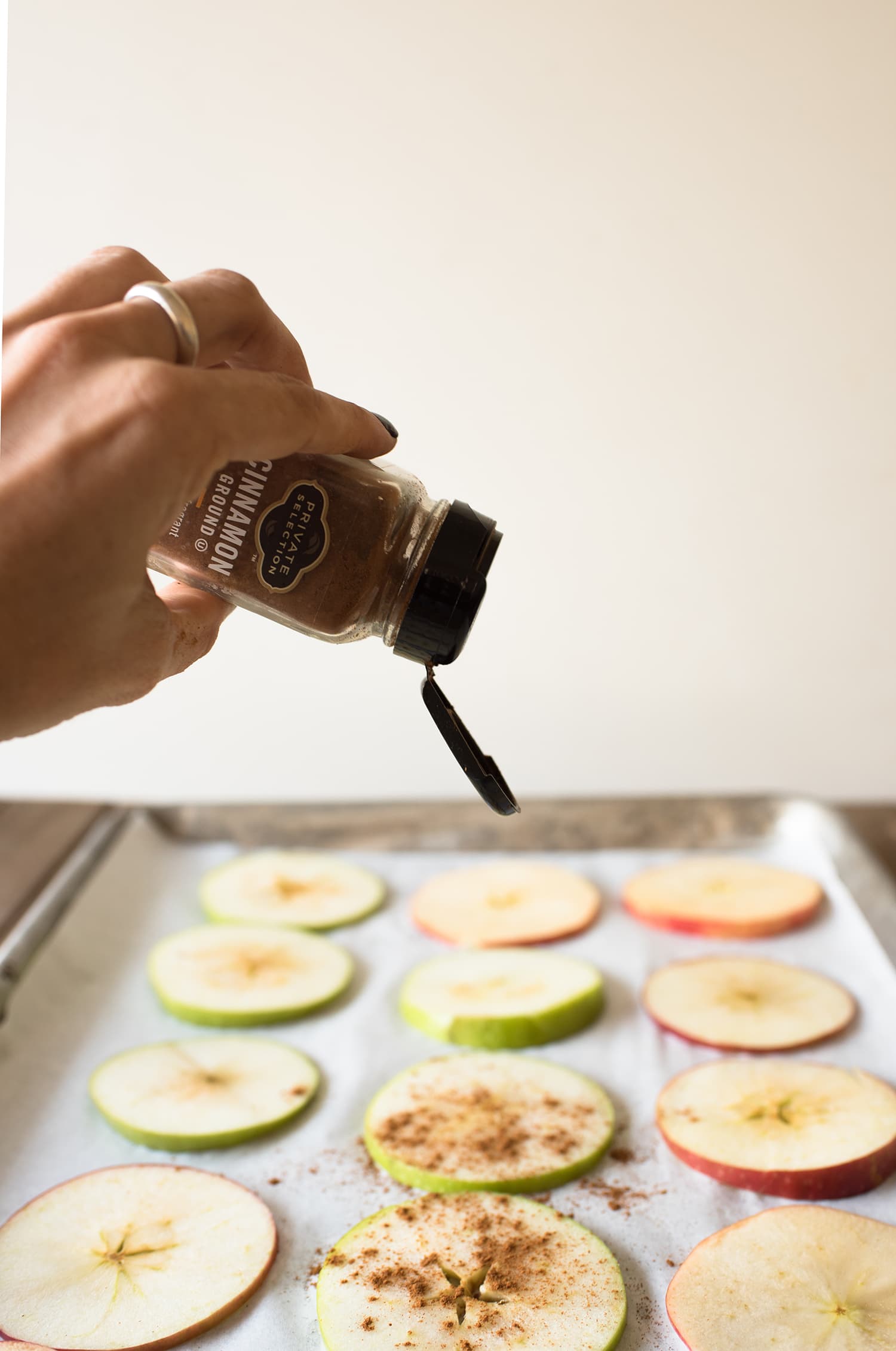 That’s a lot of tips, but they should help you make the tastiest Cinnamon Apple Chips!

And, if you’ve got kids, toss a bag of these into their Thundercats lunchbox. I swear they won’t trade them for Flaming Hot Cheetos. Well, they’ve got more of a fighting chance than those baby carrots, that’s for sure.

5 from 13 votes
Print Recipe
These cinnamon apple chips are low in calories, high in fiber, and actually taste good! 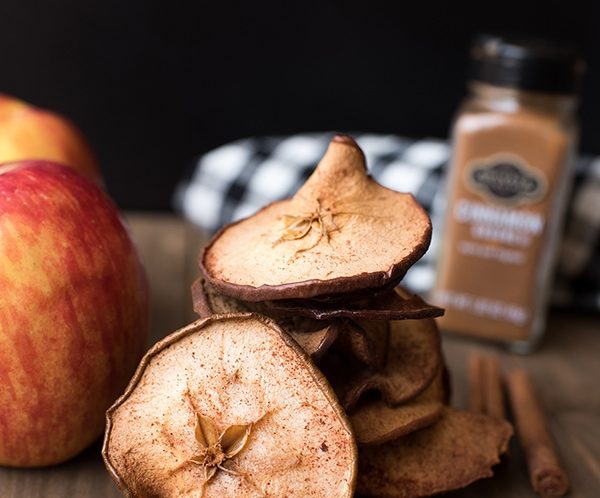 Store in airtight container for one week to keep them crisp. Every oven is different - make sure to test your chips to make sure they are crispy before you stop cooking them.
Nutrition Facts
Cinnamon Apple Chips
Amount Per Serving (1 serving)
Calories 99
% Daily Value*
Carbohydrates 27g9%
Fiber 4.4g18%
Protein 1g2%
* Percent Daily Values are based on a 2000 calorie diet.
Course: Snack
Cuisine: American, Vegan
Keyword: cinnamon apple chips
Author: Rebecca Swanner
Did you make this recipe?Leave a review below, then take a photo and tag @letseatcakeblog on Instagram so we can see it!

Latest posts by Rebecca Swanner (see all)
As an Amazon Associate we earn from qualifying purchases. This post may contain affiliate links from Amazon and other sites that we collect a share of sales from.
1.0K shares