Home » Recipes » Donuts
This post may contain affiliate links that we collect a share of sales from. Click here for more details.
20.4K shares
Jump to Recipe 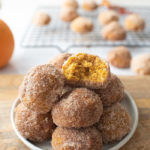 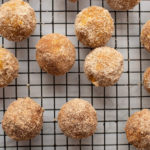 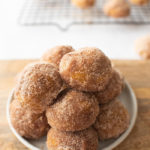 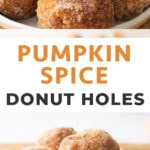 These bite-size baked pumpkin donut holes are light and fluffy and coated in cinnamon sugar! They’re the perfect fall snack or quick dessert. 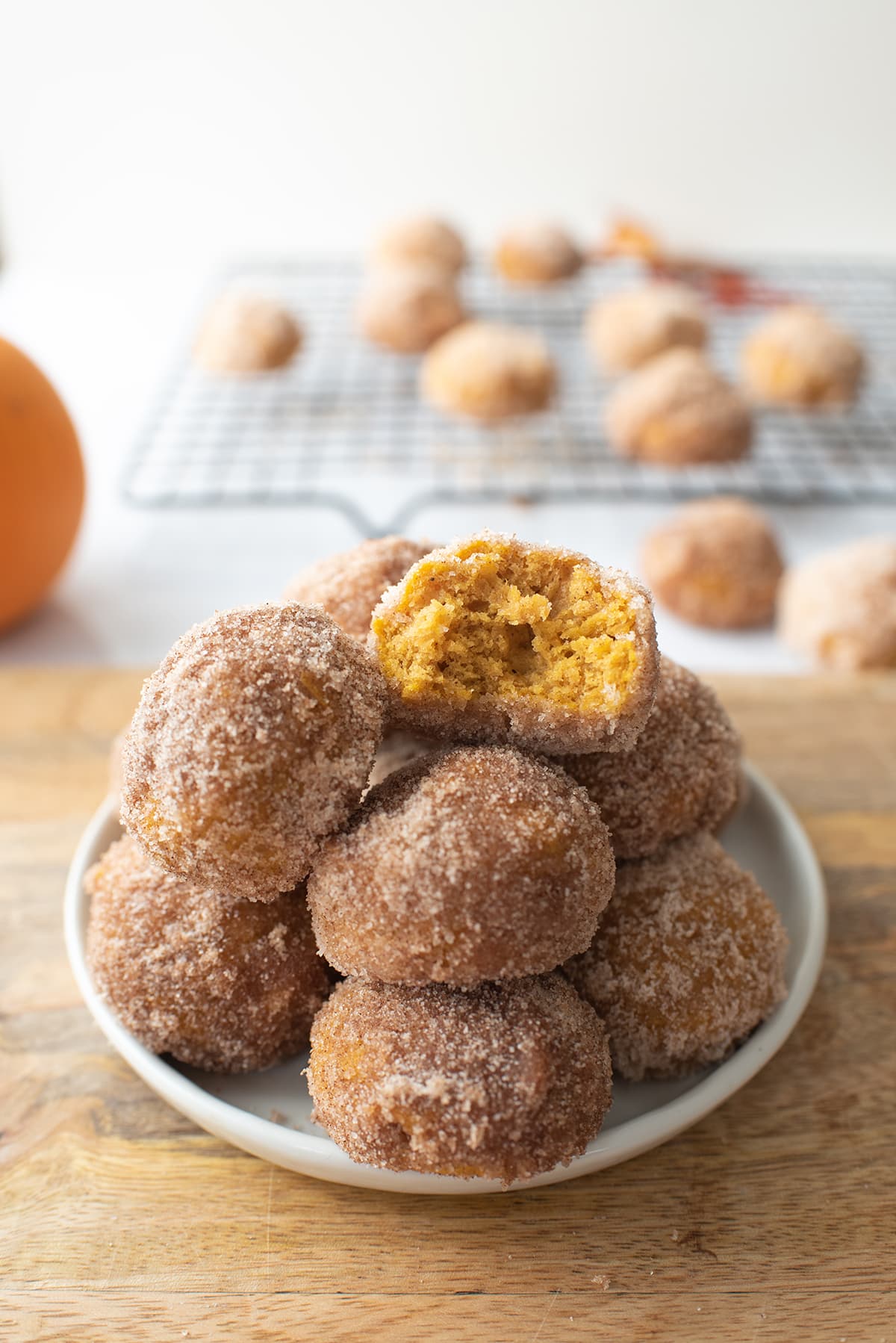 Because it’s fall and that means it’s time for everything — and we do mean, everything — pumpkin spice flavored, we made baked pumpkin donut holes… without a donut pan for Cake Over Steak’s Virtual Pumpkin Party.

These soft and light donut holes are packed with flavor. And since they’re baked not fried, they’re great if you’re looking for a slightly healthier fall snack (emphasis on the slight as you know, cinnamon sugar).

To make them, combine all of the ingredients in a bowl, and then drop about a tablespoon of batter into your mini muffin pan and bake for about 10 minutes. (If you don’t have a mini muffin pan but you do have a cake pop maker, that’ll work!) 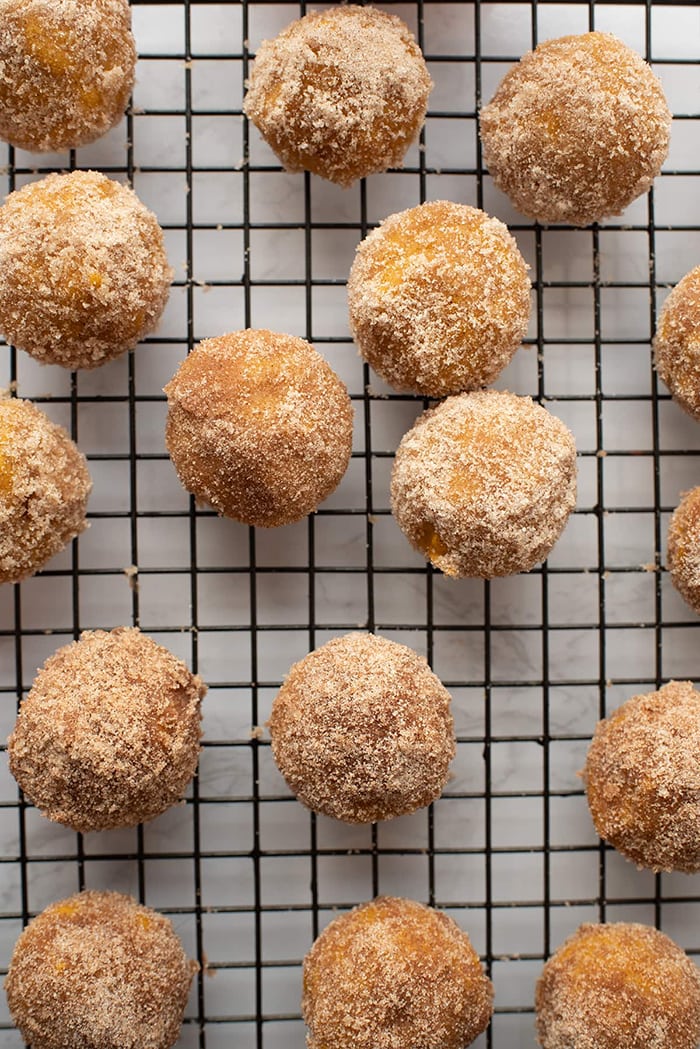 The baked donut holes aren’t super sweet on their own, so if you don’t like things sweet, go easy on the sugar. They are however, pretty flavorful. If you want them to have more pumpkin flavor, add another half teaspoon of pumpkin spice.

The donuts are best eaten on the same day they’re made. If you need to bake them ahead of time, just wait to dunk them in butter and cinnamon sugar until you are close to serving them. 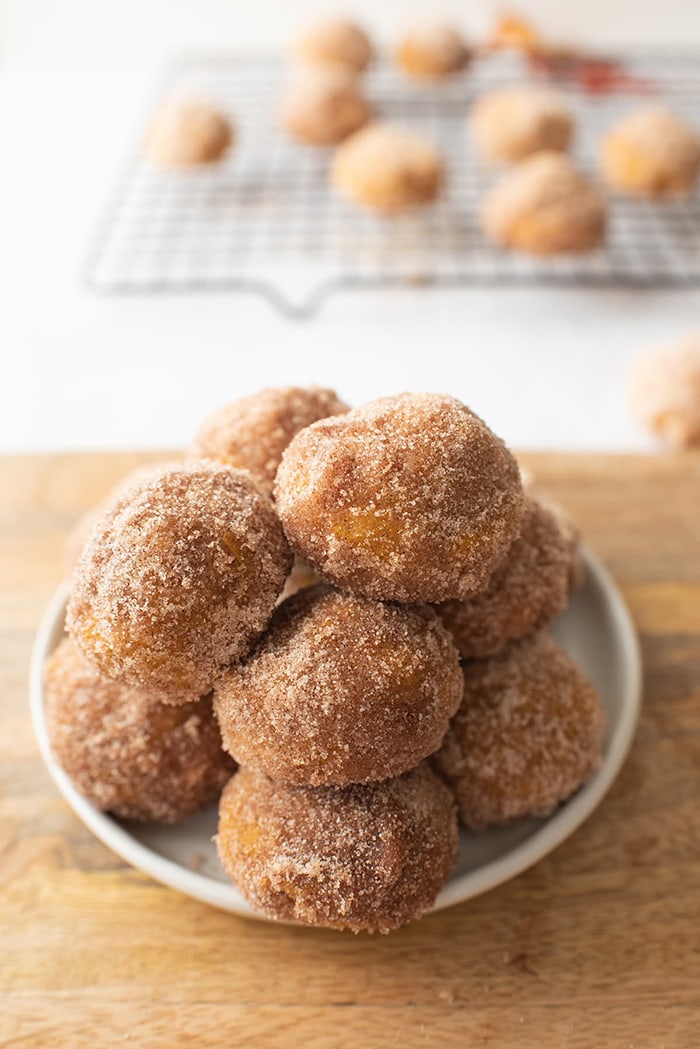 4.13 from 48 votes
Print Recipe
These bite-size baked pumpkin donut holes are light and fluffy and coated in cinnamon sugar! They're the perfect fall snack or quick dessert. 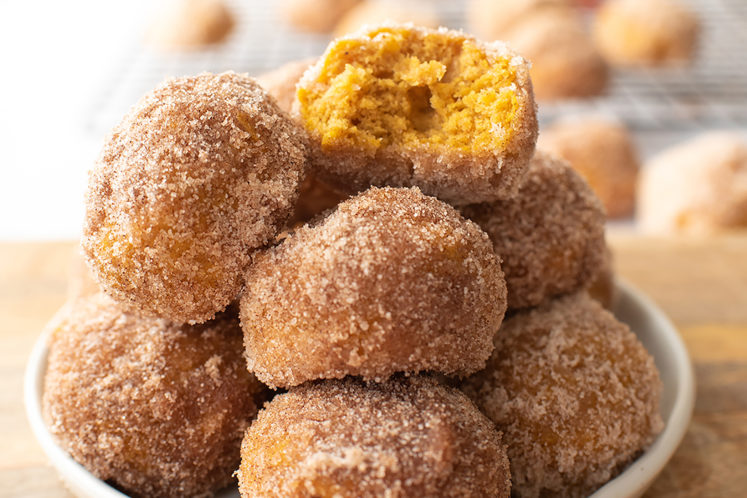 Latest posts by Rebecca Swanner (see all)
As an Amazon Associate we earn from qualifying purchases. This post may contain affiliate links from Amazon and other sites that we collect a share of sales from.
20.4K shares