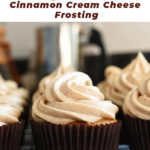 When it comes to fall flavor, these light and fluffy Pumpkin Spice Cupcakes with Cinnamon Cream Cheese Frosting don’t mess around. Or if they do, they’re very discreet.

Fall is my favorite season… well, next to summer. Not just because it’s finally the season for all of the Pumpkin Spice Latte memes, but also because everything starts to get a little spooky. Whether you’re waiting until October to make all your pumpkin-flavored everything for Halloween or you’re starting now, these easy pumpkin spice cupcakes should make your fall baking list.

And, if you need a little more inspiration, head over to Cake Over Steak’s Virtual Pumpkin Party for dozens more pumpkin recipes!

How to Make Pumpkin Spice Cupcakes

Sometimes — ahem, Starbucks, ahem — when companies make pumpkin spiced things, they’re pretty sweet. So sweet that you miss out on any flavors other than sugar. And, it’s not that I don’t love sugar, but when I made this recipe for pumpkin cupcakes, I wanted to make sure you could really taste all of the different spices and the pumpkin flavor.

That said, while too little pumpkin spice is bad, no one wants to feel like they’re taking the cinnamon challenge eating a cupcake. Or, possibly, ever.

So, here’s how to make the best pumpkin spice cupcakes that have cinnamon, vanilla, brown sugar, and pumpkin… that, essentially, taste like a cake version of pumpkin pie. 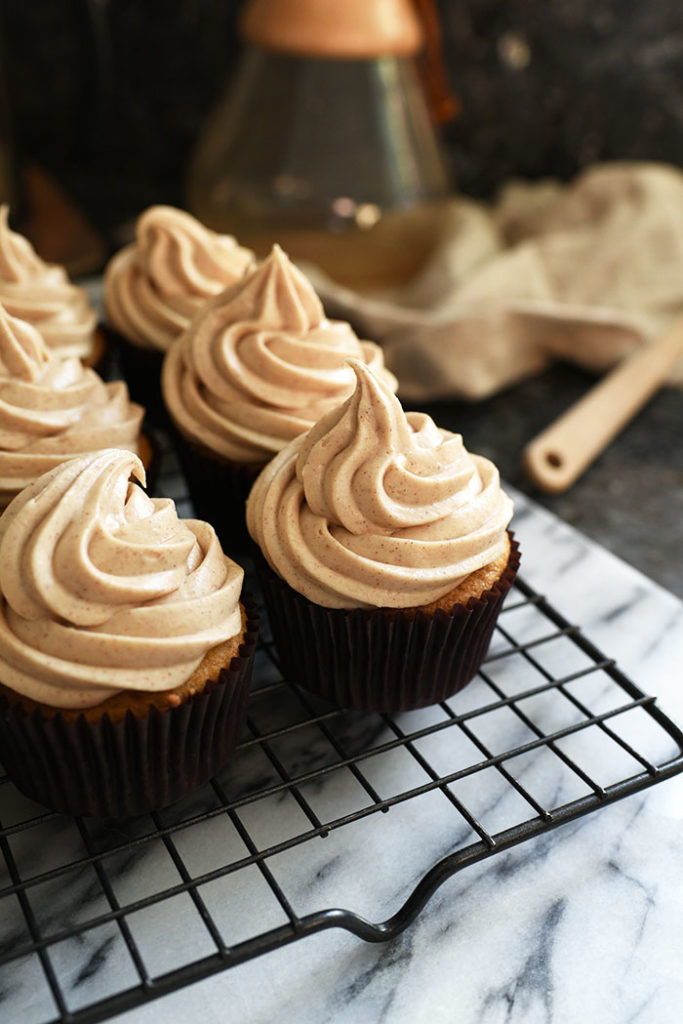 To take these pumpkin spice cupcakes to the next level, you’ve got to add the the Cinnamon Cream Cheese Frosting. It adds a touch of heat, and really helps these cupcakes epitomize the feeling of fall.

If you’ve ever struggled with making cream cheese frosting, here’s how to make sure it doesn’t get runny on you: Add the sugar last, and don’t overdo it.

I used to think that adding more powdered sugar would solve the problem. Nope. It just dissolves and makes the frosting even runnier.

To make the cream cheese frosting with the perfect consistency, place your mixing bowl in the fridge for ten minutes. While it’s cooling, combine the confectioner’s sugar, brown sugar, and cinnamon in a small bowl.

Finally, add the confectioner’s sugar, brown sugar, and cinnamon mixture and beat it for 10 seconds on low to allow the ingredients to come together, then turn the speed up to high and beat it for 80-90 seconds. Transfer the cinnamon cream cheese frosting to a piping bag and decorate your pumpkin cupcakes.

4.5 from 6 votes
Print Recipe
These light and fluffy pumpkin spice cupcakes are topped with a delicious cinnamon cream cheese frosting 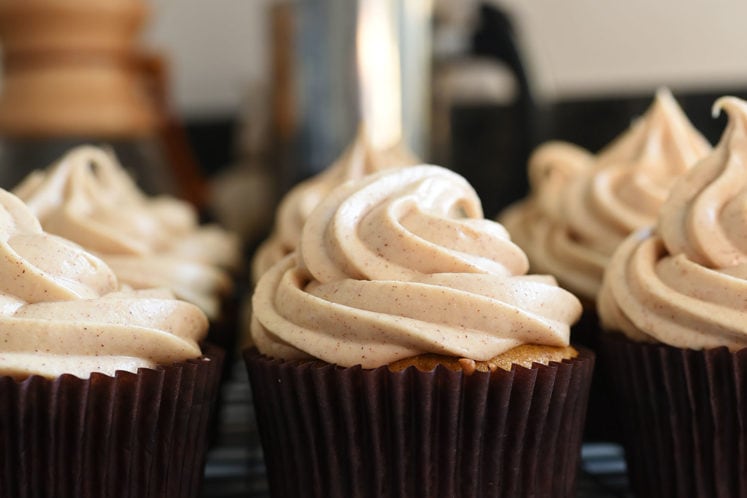 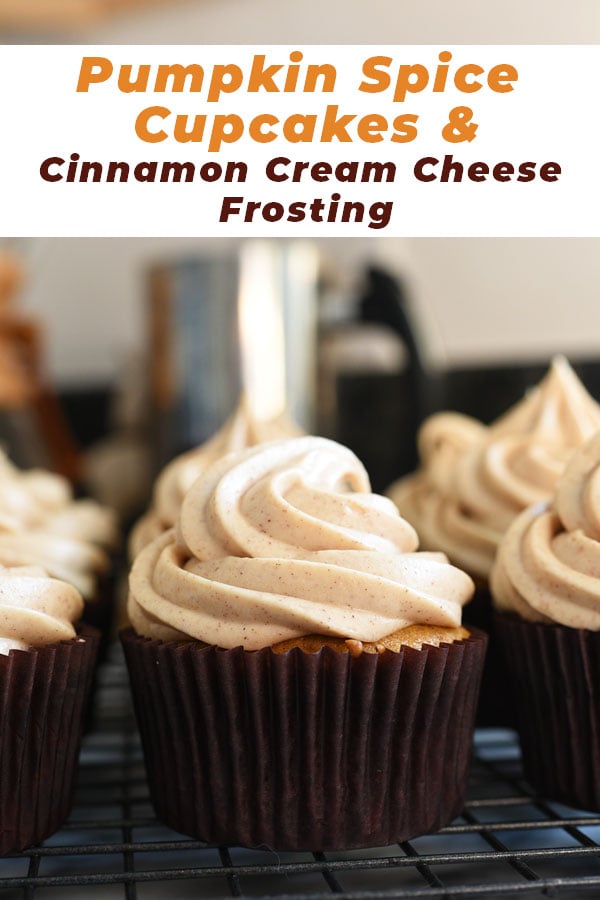 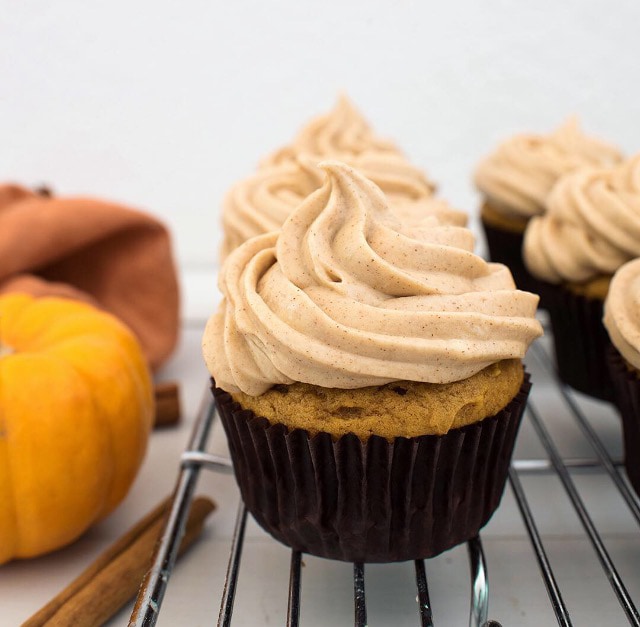 Latest posts by Rebecca Swanner (see all)
1.4Kshares
As an Amazon Associate we earn from qualifying purchases. This post may contain affiliate links from Amazon and other sites that we collect a share of sales from.