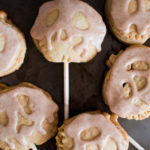 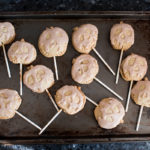 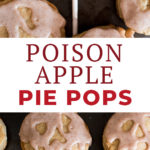 These Snow White Poison Apple Pie Pops will have you feeling positively villainous. And they’re easier to make than you think.

When it comes to Disney characters, there’s no shortage of creative choices to inspire your baking! I’ve always loved the look of the Snow White Poison Apple and wanted to share with you how to make an edible version! 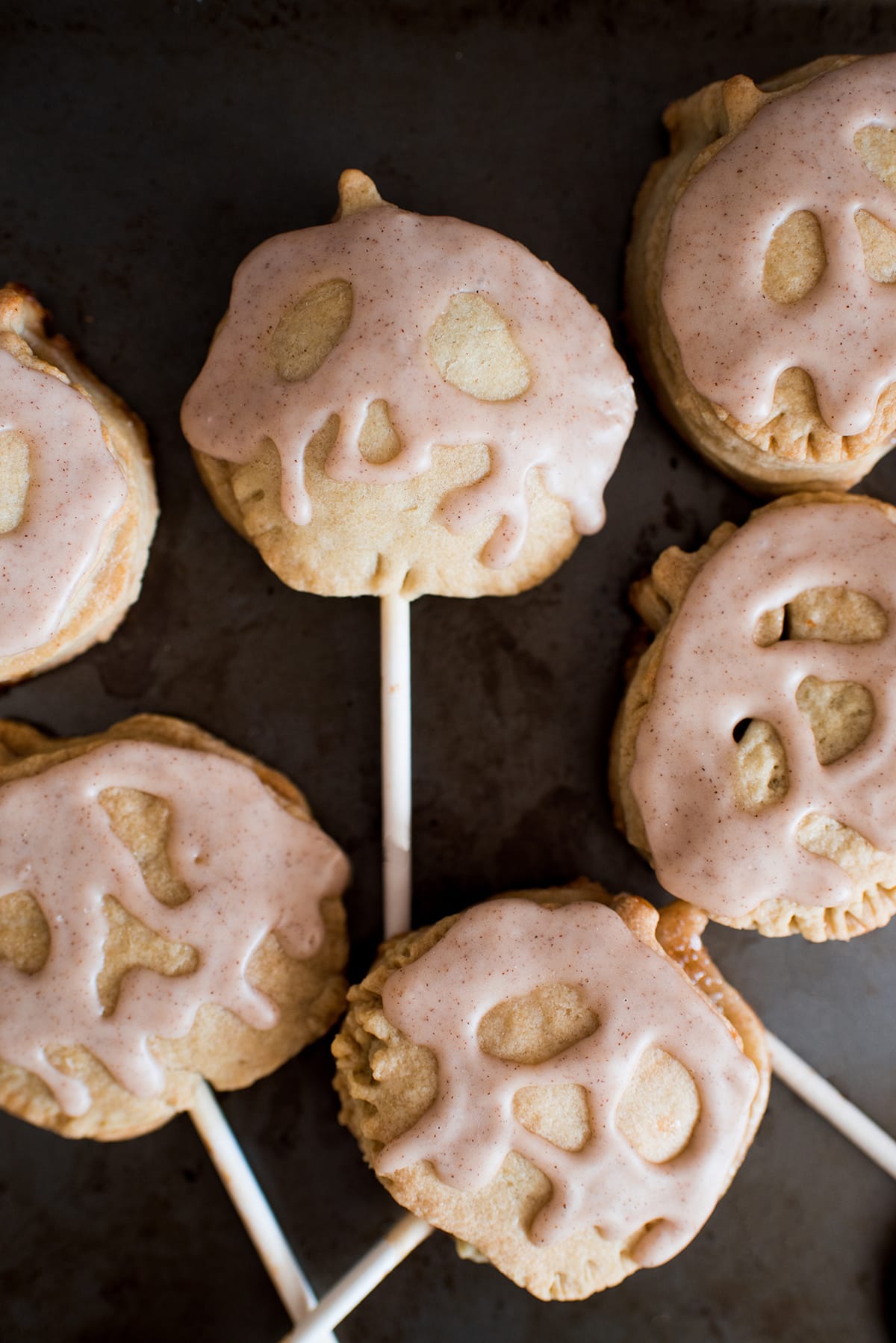 If you’re not sure what the Poison Apple it’s the apple the Evil Queen gives to Snow White to try and kill her. When the Queen lifts the apple out of her cauldron, the liquid drips off of it and creates a delightfully creepy skull. And then she turns it blood red so it looks appetizing to Snow White.

Why Snow White chose the Red Delicious apple instead of the Granny Smith or Pink Lady is beyond us… but she’s also cool with birds crimping her gooseberry pie crust with their feet. We’re bringing takeout the next time she invites us over.

The apple pie pops might look tough, but they’re actually really easy. First, create the cinnamon icing so it has time to set up. In a medium bowl, whisk together powdered sugar, milk, cinnamon, and vanilla extract until it’s a smooth consistency. This icing will create that spooky skull look. Place it in the fridge while you make the pie pops.

Next, make a pie filling or use your favorite store-bought one.

Then, preheat the oven to 375° F and roll out your pie crust dough (bought or homemade) to at least 1/4″ thick, if not thinner, on a parchment-lined baking sheet.

Cut out apple shapes with a cookie cutter. Re-roll scraps and keep cutting out apples until you run out of dough.

Fill half of the shapes with up to two teaspoons of apple pie filling.

Place a lollipop stick in the middle, top with an unfilled apple shape, crimp the edges with a fork, and brush with egg wash. Bake the apple pie pops for twelve to fifteen minutes or until they’re baked through, then let them cool.

Transfer your cinnamon icing to a piping bag fitted with a Wilton #1 or #2 tip and pipe on the skull! Start on one side and trace the outline of the skull and the outline of the eyes. Then, fill it in. If you’ve ever made sugar cookies, it’s a similar concept, except you’re not using the same icing consistency for the border and the flood filling. 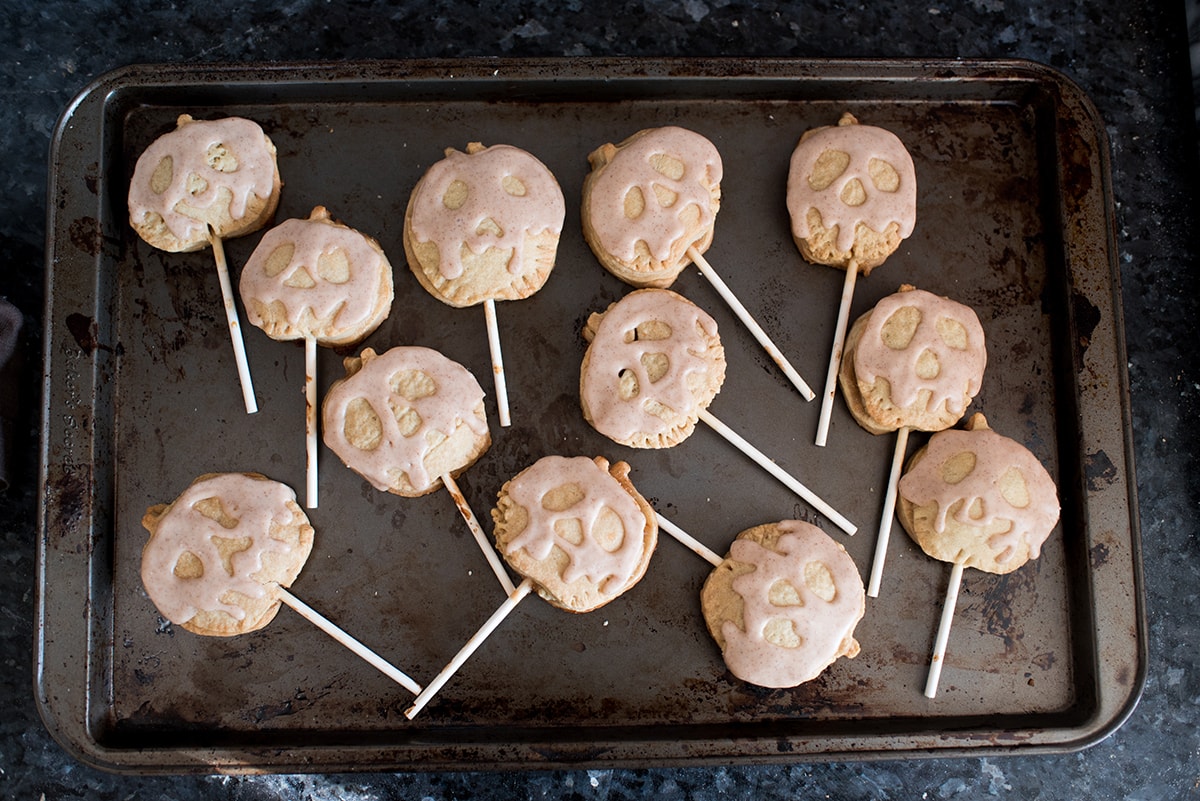 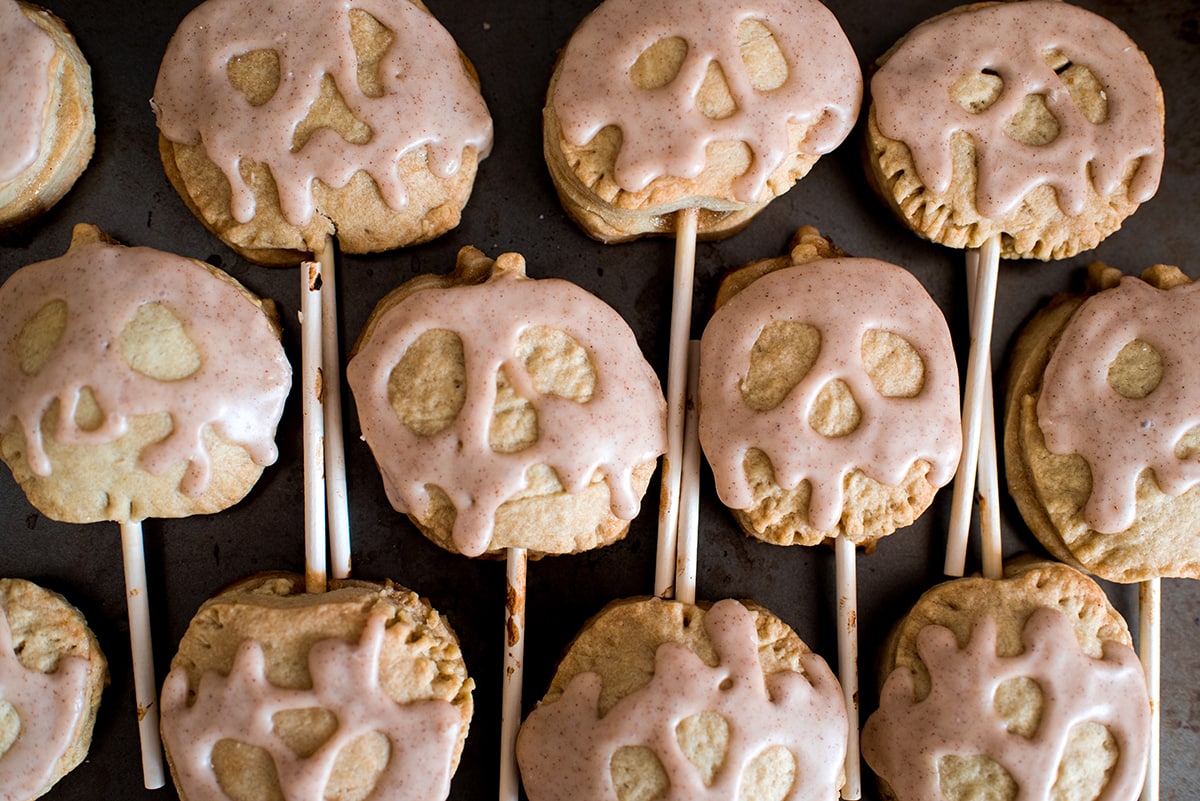 And, check out this rad video on how to make Snow White Poison Apple Cake Pops from Baker Girl Steph! She has tutorials for the raddest treats on her YouTube channel. 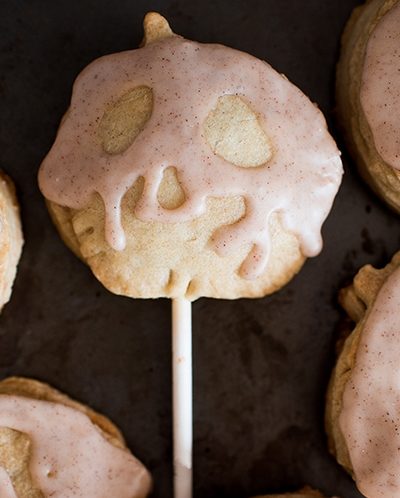 Latest posts by Rebecca Swanner (see all)
As an Amazon Associate we earn from qualifying purchases. This post may contain affiliate links from Amazon and other sites that we collect a share of sales from.
893 shares