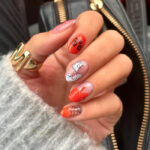 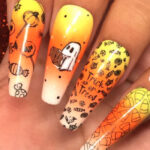 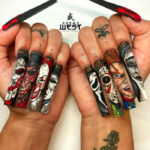 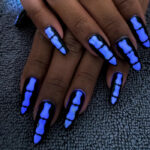 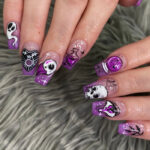 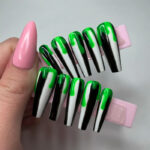 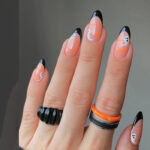 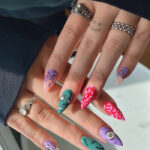 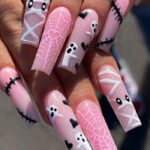 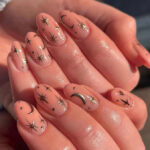 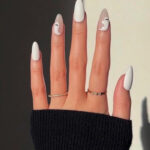 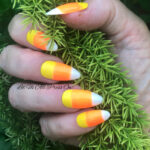 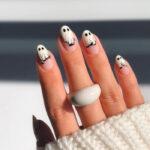 Halloween is without a doubt one of the most creative holidays out there. So, that makes getting a manicure for this time of year especially fun. There are tons many directions you can go in when it comes to Halloween nails for 2022. And although it’s possible, sideways is not advisable.

Whether you’re looking for nails that will scare your cat the next time you go to pet her, or a mani that embraces the pumpkin spice element of the season, we found a cool, creative, and spooky set to inspire you. 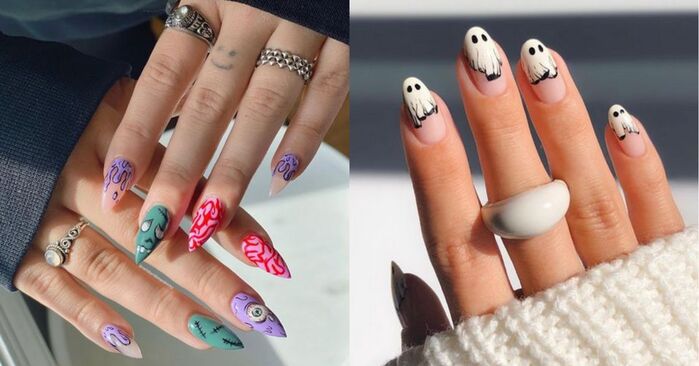 Dip into your orange bottle of polish and get to painting! Don’t worry about who may or may not be…watching.

Dark and spooky, meet light, airy, and spooky. Because we love an open floor plan. More room for haunting! 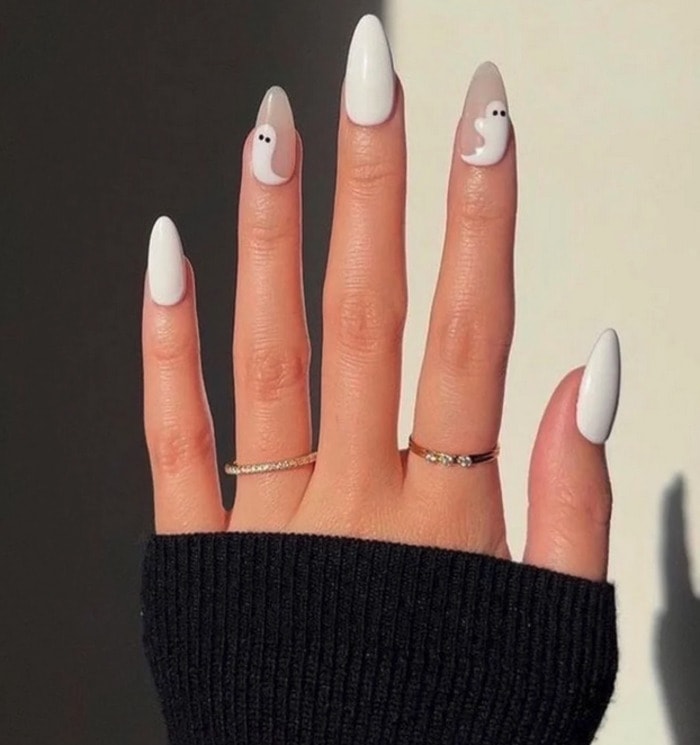 These Halloween nails take the “monster mash” literally. Pureed monster guts, anyone? We prefer ours liquified.

If you end up buying this press on set, make sure you don’t mix them up with the real candy corns. Not that you’ll notice a huge difference in flavor. 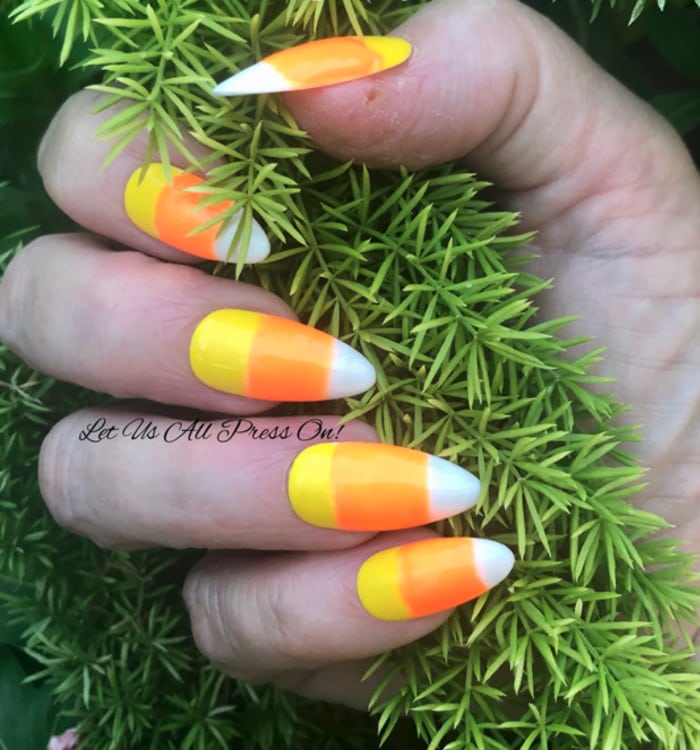 Nails that match your potions? How aesthetic.

If you’re the kind of person that gets spooked by everything, these pretty pink Halloween nails are the perfect set for you. Unless your biggest fear is accidentally throwing a red top into the laundry with the whites. 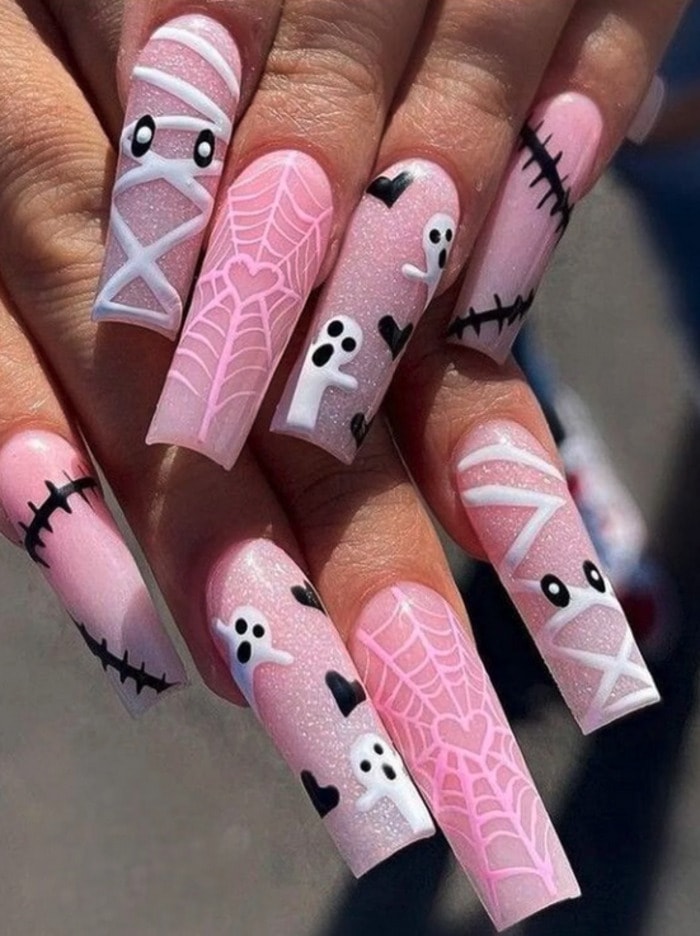 We’re obsessed with the fact that these skeleton nails glow in the dark. You know, like real bones. Haven’t you ever been to a cemetery at night?

Halloween is known as spooky season for a reason. But you don’t have to be scared silly to enjoy it. Just take these subtle by festive star and moon nails for example. Because we know not to go with another Chucky manicure this year… 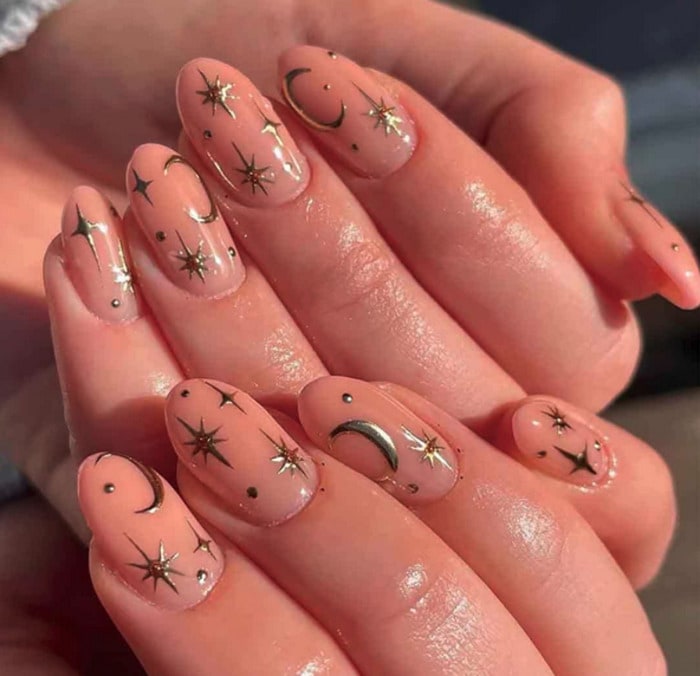 These nails might not make you Drew Barrymore. But if you spend enough time out in the rain, you have a chance. IYKYK.

Combine the best parts of several of the above Halloween nail designs for this amalgamation of Halloween nail art. Maybe save the blood and guts for the next set? 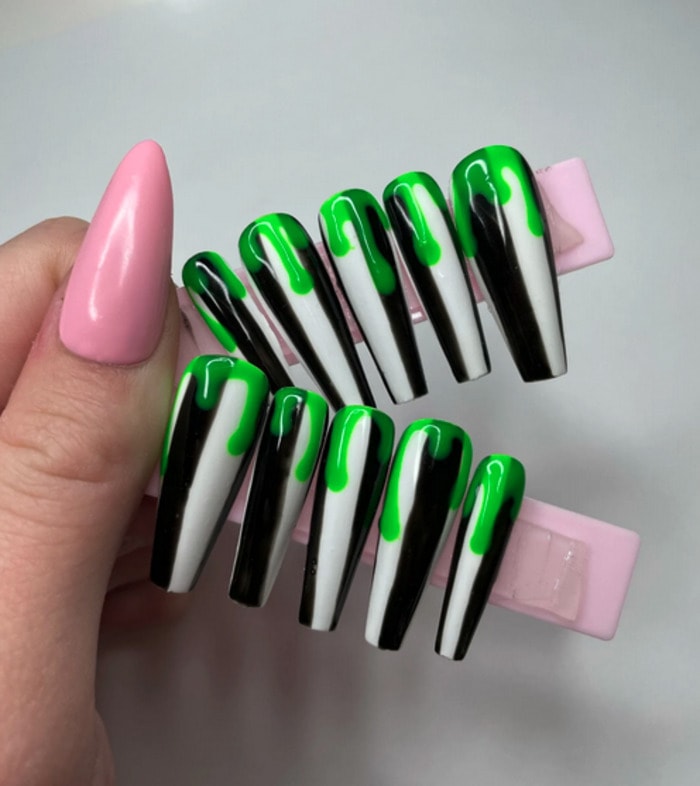 They always say that if you’re being attacked by a killer, make sure you get some of their skin under your fingernails for identification purposes. You can see where this joke is going.

Whose feet do we have to smell to get a set of these nails?

A black widow doesn’t usually show its hand so easily. But that’s mostly just because its nails aren’t this cool. And it ate a big breakfast.

As a society, we’ve moved away from boring French tips. Now, we have these cool Halloween French tips. Let’s tackle traffic next!

Mismatched nails are a huge trend right now. And apparently, mismatched lengths are coming into style, too. Good news for nail biters!

Ghosts and graphs: the perfect set of nails for architects and anyone looking to be haunted by failed calculus tests past. 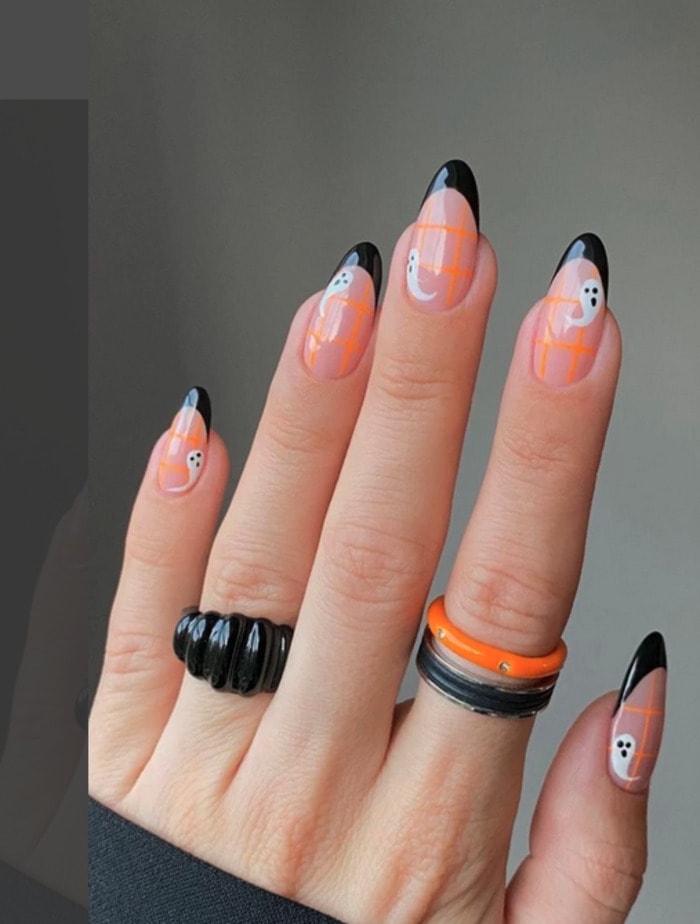 These 3D nails are too realistic, you say? We say not realistic enough! Our eyes won’t look this sparkly no matter how many unicorns we steal eye cream from.

For a creative spin on Halloween nails that anyone can DIY, these fang nails will have everyone saying, “aww your nails broke!” right before you attack. Never let them know your next move.

Our local pumpkin patch only carries orange pumpkins. You can imagine how basic our pies look.

Our theory is that nail techs don’t drink coffee, because our jittery hands could never.

We’re learning that basically anything can be a French tip now. We’ll be using donut frosting for our next set.

Powerpuff girl nails, but put them in costume for a Halloween theme? Yes, yes, and no. Buttercup always has to be difficult.

Someone get us the number of whoever does the Sanderson sisters’ lip injections, because they’ve lasted over 300 years and still look plump AF.

24. Creatures of the Night Nails

Bats, cats, and no rats. So, it’s definitely not NYC.

A post shared by Bianka I Nailart & Swatches (@nbnailart)

We’ll take Evan Peters any way we can get him, and that includes painted onto our hands. Okay, but not as Jeffrey Dahmer, though.

Latest posts by Laura Davis (see all)
As an Amazon Associate we earn from qualifying purchases. This post may contain affiliate links from Amazon and other sites that we collect a share of sales from.