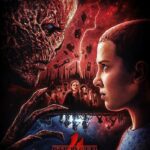 Season 4 of Stranger Things answered a lot of questions and gave us a lot of looks into the Upside Down. We’re still not sure we want to take our next vacation there, but we do love the musical elements of the show. So does our Spotify subscription.

In the first part of season 4, they introduced us to the newest antagonist, Vecna. And, we learned that music plays a big part in escaping its curse. 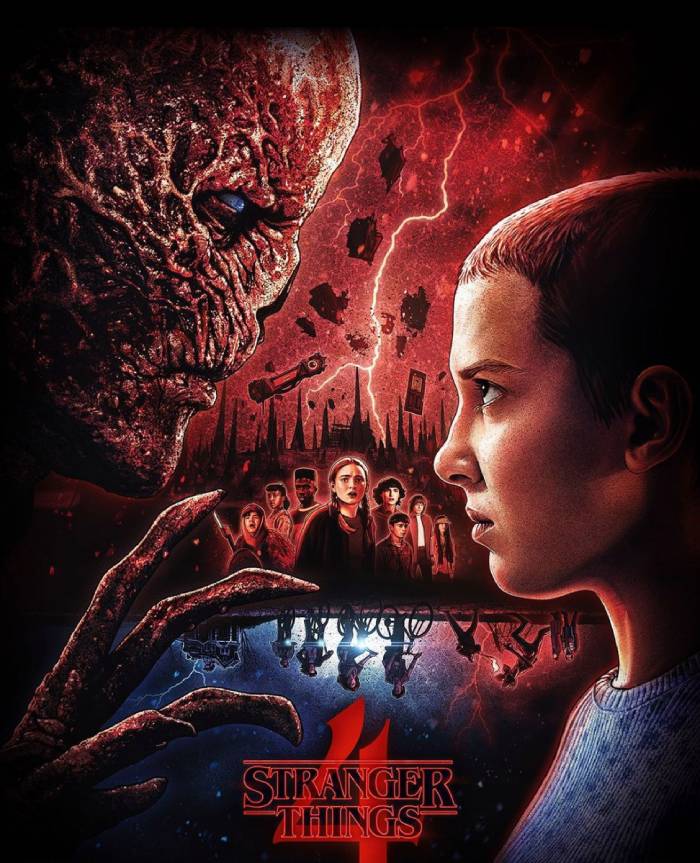 Anyone that’s been hit with the Vecna curse goes through a little checklist of sorts: see a Grandfather clock, begin hallucinating, and within five days, you’re done. Kind of like what happens when you eat bad sushi.

But the Stranger Things gang found a loophole, and it requires playing your favorite song on loop. Max Mayfield was pulled into the Upside Down, but was able to escape because Dustin, Lucas, and Steve played her favorite song – “Running Up That Hill” by Kate Bush.

But now we’re left wondering what song would save the rest of the characters in Stranger Things. So we did some thoughtful thinking and put our best guesses below.

If you’re wondering what your Vecna savior song is, Spotify partnered with Stranger Things to launch a personalized “Upside Down Playlist” for every listener. No shame if it’s entirely Taylor Swift.

The Song to Save Every “Stranger Things” Character

Eleven is difficult as she doesn’t have as much of a history with music. But, we chose “Material Girl” by Madonna. El has few opportunities to let her guard down and just be a normal kid, so we think the day she spent with Max at the mall is sure to be a core memory for her. 9 out of 10 demogorgons agree.

There are few things more important to Mike than El, so we wouldn’t be surprised if his Vecna song was “Every Breath You Take” by The Police that plays as he and El dance.

Are the lyrics actually pretty creepy? Sure. But so are otherworld demons who are trying to kill you. It’s all relative.

In Will’s new bedroom, you may have noticed a poster for The Cure’s “Boys Don’t Cry.” Considering how withdrawn and down he seems, we have to admit this song seems to fit for Will pretty well.

It may not be the most uplfiting song, but it is a bit of a bop. Whatever gets you out of the Upside Down, right?

In the season 3 finale, Dustin and his (not at all fake) girlfriend Suzie sing “NeverEnding Story” by Limahl. Saving the world always comes second to this duet, which is why it would definitely be Dustin’s savior song.

We can’t ignore an excellent TikTok fan theory when we see one. According to Internet rumors, Eddie’s finger placement on the instrument in the trailer, suggests he’s playing Metallica’s “Master of Puppets.”

Otherwise, we’d go with something by Black Sabbath and the fact that the world is round.

We can only hope that Lucas’s survival doesn’t come down to us knowing his favorite song.

He’s a pretty hard one to pick for. But given his newfound love and obsession with basketball (how you gonna do DnD like that Lucas?), we’re going to go with the ’80s classic “Eye Of The Tiger” by Survivor.

If you ever need to redeem yourself, just take notes from “bad-boy-turned-good” Steve. And, Netflix, we will send our lawyers after you if you kill him off. Since Steve is always on the search for something, we choose “Sweet Dreams (Are Made Of This)” by Eurythmics.

Nancy is feisty, funny, and determined. She’s not perfect though. She did leave Barb all alone… and we all know how that turned out.

We’re going to go with Katy Perry’s “Roar” for her. It takes the courage of a lion to do what she does. Minus the Barb part.

“Atmosphere” by Joy Division was on a mixtape that Will made for his brother, Jonathan. Between this and the fact that those Byers boys are over-the-top kind of emo, this would be one of Jonathan’s favorite songs.

Show us a more badass mom than Joyce Byers. We’ve chosen Ozzy Osbourne’s “Mama I’m Coming Home” for her, which is exactly what Will was trying to say through those Christmas lights. That or, “send pizza.”

Everyone knows not to mess with Jim Hopper. Except maybe the USSR. So we’re picking “You Don’t Mess Around With Jim” by Jim Croce, the song he blasts when he excitedly drives over to tell Joyce how Eleven and Mike are going through a rough patch. Vecna wouldn’t stand a chance.

Robin is Steve’s sarcastic, charismatic bestie and her Vecna song would definitely be “Feel It Still” by Portugal. The Man. It’s boppy, catchy, and totally works in an ice cream shop.

We honestly don’t think Vecna would be dumb enough to come after Erica Sinclair, but if he did, there’s no better anthem to bring her out of his clutches than Rihanna’s “Bitch Better Have My Money.”

“Pass the Dutchie” may make an appearance in the show when Argyle and Jonathan are taking part in their extracurricular activities. But “Because I Got High” by Afroman would have to be our choice. Plus, you’ve now probably heard “Pass the Dutchie” a million more times than you need to on TikTok.

While we’re excited to see another beloved, fun character, we’re still not endorsing anything negative happening to Steve.

Latest posts by Ashley Hubbard (see all)
As an Amazon Associate we earn from qualifying purchases. This post may contain affiliate links from Amazon and other sites that we collect a share of sales from.
86 shares