Home » Food + Drink » Food News and Trends
This post may contain affiliate links that we collect a share of sales from. Click here for more details.
55 shares

Coffee. There’s no denying the super magical hyper-caffeinated brew is the nectar of the gods. So, get out of here with that ambrosia nonsense.

But, while there are plenty of benefits to enjoying a cup of coffee – chatting with your local barista, leaving your desk in the middle of the day, seeing how far you can push your sardonic mug game before HR says something. But, for some, coffee can do a number on the digestive system. Thankfully, there are a myriad of coffee alternatives on the market that claim to improve energy. But do they actually work?

We tested a few coffee alternatives to find out. 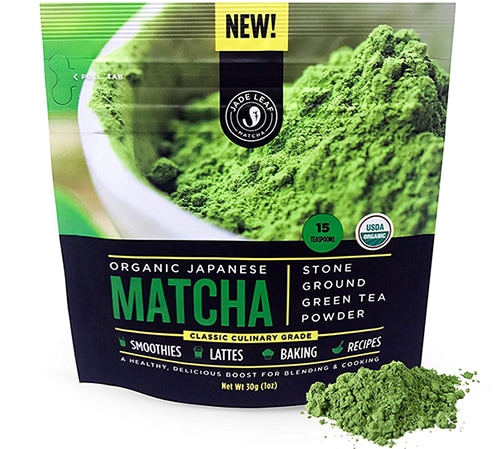 Matcha is made of finely ground green tea leaves and is loaded with antioxidants, so it may be able to improve your focus and even help you burn more calories. Sounds promising. Then again, so did hoarding Beanie Babies in the 90s. Can I interest anyone in a Patti the Playtpus?

I ordered some Jade Leaf Green Tea Matcha Powder online and made myself a matcha latte with my frothing wand, mixing the matcha with warm almond milk and some stevia. At first, I found the beverage to be as bitter as I was upon seeing my ex’s new girlfriend. But eventually, I became acclimated to its bright, earthy, sharp flavor. Coincidentally, that’s exactly the opposite of how I’d describe her.

Energy-wise, the coffee alternative didn’t cause me to levitate, but I felt pleasantly productive.
Caffeine: There are 34-70 mg in one cup of matcha vs 95mg of caffeine for 8 oz. of coffee.
Taste: Tastes vaguely of freshly-mowed grass.
Energy: Richard Simmons teaching an aerobics class.

The instructions on the KissMe Organics Organic Yerba Mate package said, “Put your bombilla into your gourd,” which sounds like something even Christian Gray wouldn’t do. Luckily, you can make mate tea by steeping the yerba mate leaves in a French Press or a drip coffee maker, which are much more commonly found in a household kitchen or sex dungeon.

When I opened up the package, it smelled like a cemetery. Ah, childhood. But I made some in my French Press anyway (because science), took a sip of the brewed beverage and I nearly spit it out. No amount of sweetener can save this, I thought, but I added a teaspoon of stevia and tried again. Nope. I made it through two sips. My therapist will be hearing about this.

Caffeine: Mate has a wide caffeine range depending on how it’s brewed, but can range from 30mg to 440mg.
Taste factor: Never want to see someone again? Serve them a cup of Yerba Mate in the morning.
Energy level: Zilch, but to be fair, we didn’t expect much from drinking a tablespoon of tea. 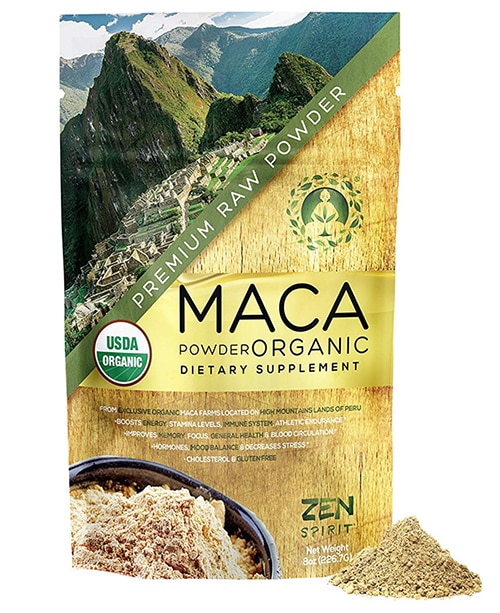 When I opened the Zen Spirit Maca Root Powder package and sniffed it, I found it had a nutty, almost caramel-like aroma. Maca fans claim the plant has many health benefits, saying it can balance hormones, increase libido, and help boost fertility. Word is out on whether it will do your taxes.

The maca smoothie recipe I followed used almond milk, dates, vanilla, flax, almond butter, and cinnamon. It was incredibly delicious and I definitely felt more awake. It’s great as a coffee alternative, but I wouldn’t recommend throwing this adaptogen in your moon milk.

Caffeine: 0 mg
Taste factor: Let’s face it, it’s hard to make a gross smoothie.
Energy level: I can’t say I suddenly had tons of energy and a raging libido, but I felt pleasantly… alert.

Some find kombucha to be an acquired taste, but I’ve grown accustomed to the tart, almost vinegar-y flavor.

Kombucha is usually made from water, tea, sugar, flavoring, and a SCOBY (Symbiotic Culture of Bacteria and Yeast). Because it’s fermented, kombucha may contain trace amounts of alcohol.

At around $4 a bottle, kombucha isn’t a budget-friendly alternative to coffee – unless you’re already buying a $4 latte a day, or are willing to brew your own kombucha (which I’m not, because I’m afraid of poisoning myself with DIY fermenting).

Caffeine: Kombucha typically contains 10-25 mg of caffeine per 8 ounces
Taste factor: Like vinegar or sour beer. Who’s up for balsamic shots?!
Energy level: I definitely feel a little pep when I drink kombucha, but that’s probably due to its fizzy nature and my taste buds reacting violently to the intense taste.

Latest posts by Rebecca Swanner (see all)
As an Amazon Associate we earn from qualifying purchases. This post may contain affiliate links from Amazon and other sites that we collect a share of sales from.
55 shares