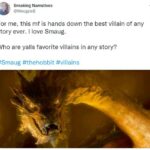 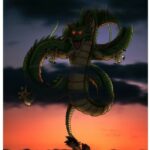 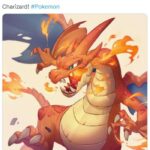 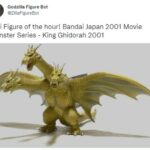 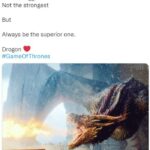 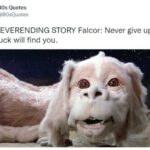 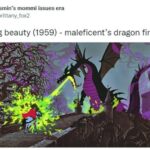 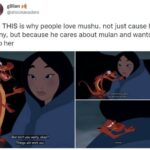 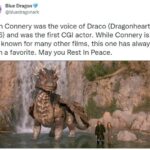 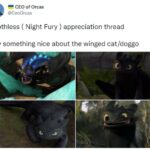 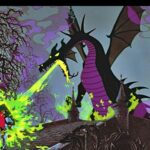 Dragons have long been one of the most popular mythical creatures in modern pop culture. They symbolize many different things, including greed and power but also wisdom and leadership. And of course, the ability to conquer the spiciest foods.

In honor of these powerful creatures that we definitely never thought were real, here are 10 of the most famous dragons in media including movies, anime, and TV shows. From terrifying fire-breathing beasts to cute and charming characters, we ranked them from cool to coolest.

Just don’t say “dracarys” three times while you go through this list.

The Best Dragons In Media, Ranked

Shenron from Dragon Ball is one of the most well-known dragons from anime. Also called the Eternal Dragon and the Dragon God, Shenron will grant you a wish if you gather all seven dragon balls.

When he’s not granting wishes, Shenron takes up residence in a raging fire also known as Earth’s core. And no that’s not a play on climate change. He’s pretty cool, but the other dragons on this list would probably win in a fight. 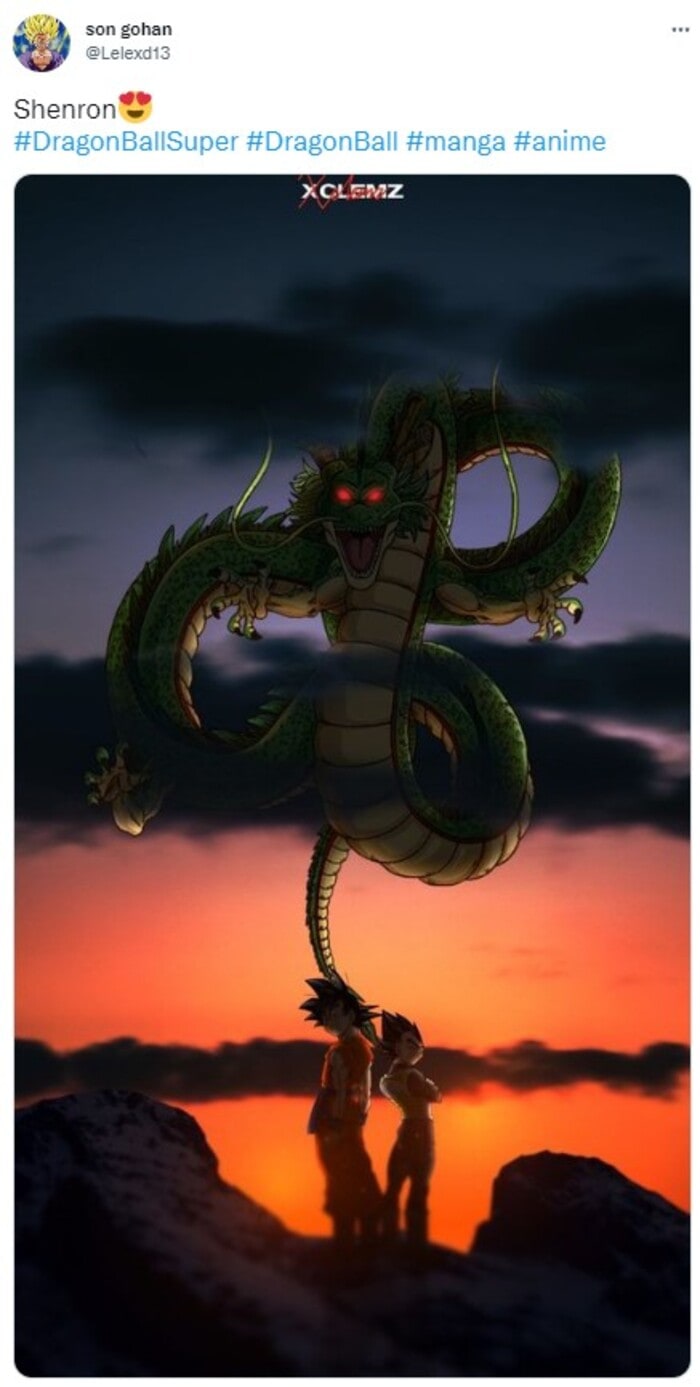 Charizard are a dragon-like Pokémon that are noble and powerful, but can also be dangerous and aggressive if provoked. Their fiery breath is so hot it can melt any material.

Charizard is lower on our list because it’s not actually a Dragon-type. It’s a Fire-type. We were lenient to add them, but not lenient enough to rank them at the top. We would be a very balanced ruler. 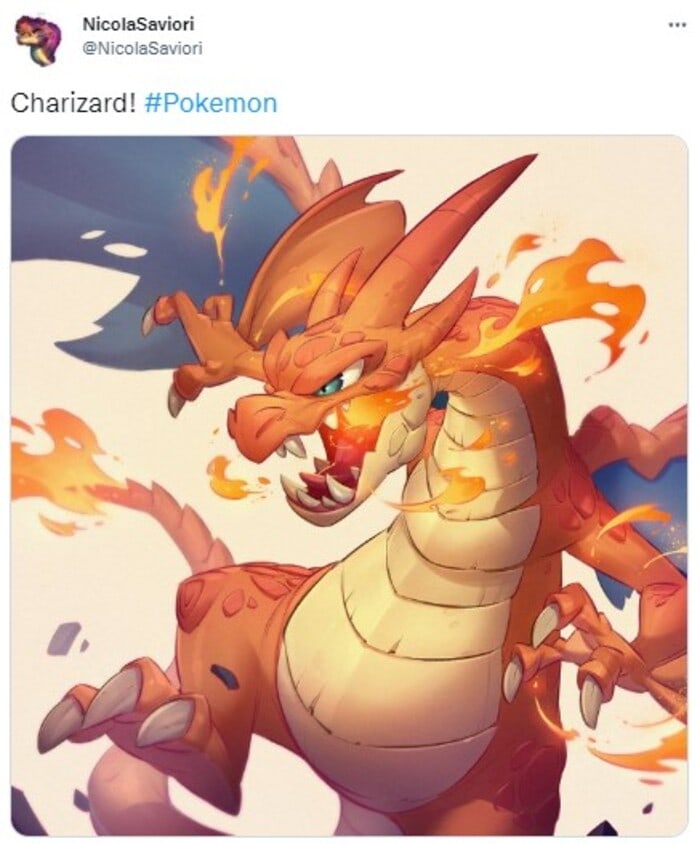 King Ghidorah is one of Godzilla’s most popular villains and is an extraterrestrial three-headed planet-killing dragon. Say that five times fast. Or like…even once.

Now, that description might make him sound like he would be the absolute best dragon ever. But…he doesn’t have any arms. Does he need them? Maybe not. But even T. Rex had something! 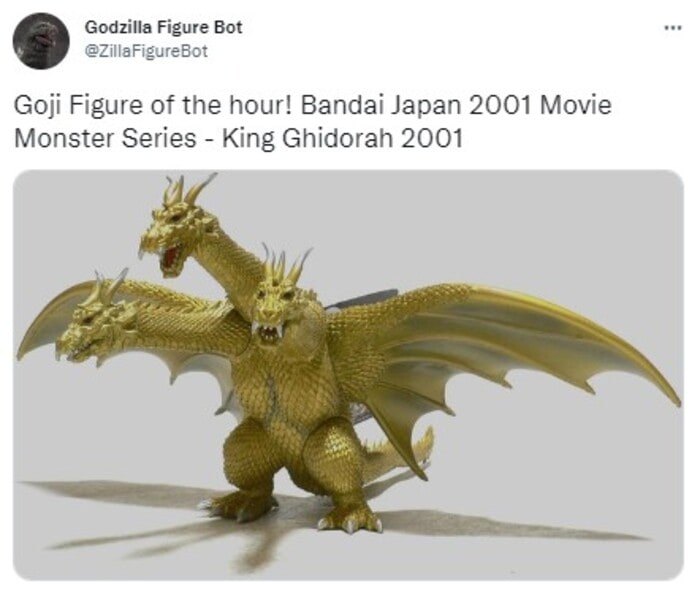 Drogon from Game of Thrones is one of Daenerys Targaryen’s three “children” and her personal mount. He is named after her late husband, Drogo (Jason Momoa).

He earns this spot on our list for following commands better than any dog we’ve ever seen. But the less than creative name leaves some to be desired. Don’t say that too loudly around him, though. 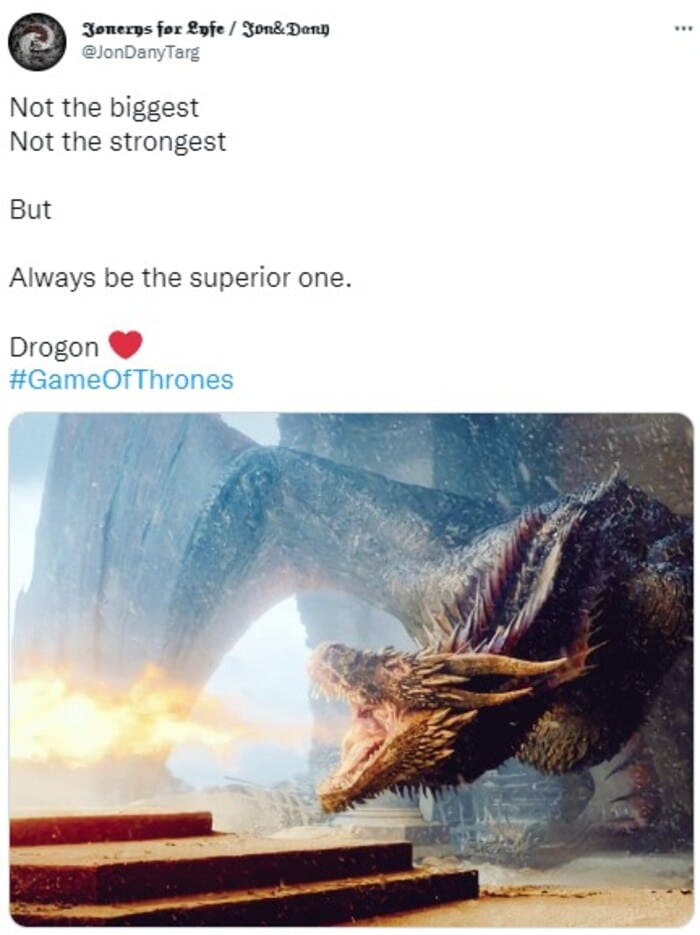 Falkor the Luck Dragon from The Neverending Story is, without a doubt, the most beloved dragons in film. He is wise, optimistic, friendly, and just all around cuddly. Okay, and a little creepy. But hey, it was the ’80s!

But aside from all that, he’s really just a fantastic mode of transportation for adventures across foreign lands. Take that, Tesla. 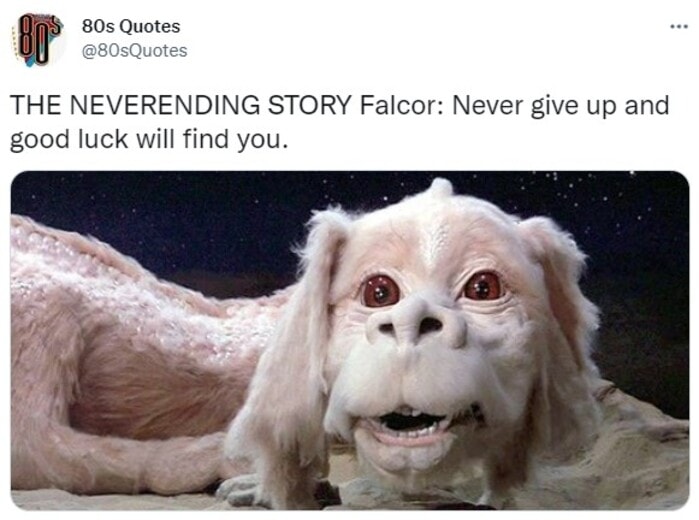 In the original Sleeping Beauty cartoon, the classic fairy tale villain Maleficent can – and does – turn into a dragon. She was the villain, of course. But she was also fierce and cool. And she could rock the color purple like none other.

Let’s just chalk her evilness up to her having a misunderstood back story that was never explored. It’s almost like Disney should make a film about that. We bet Angelina Jolie would be excellent in the role. 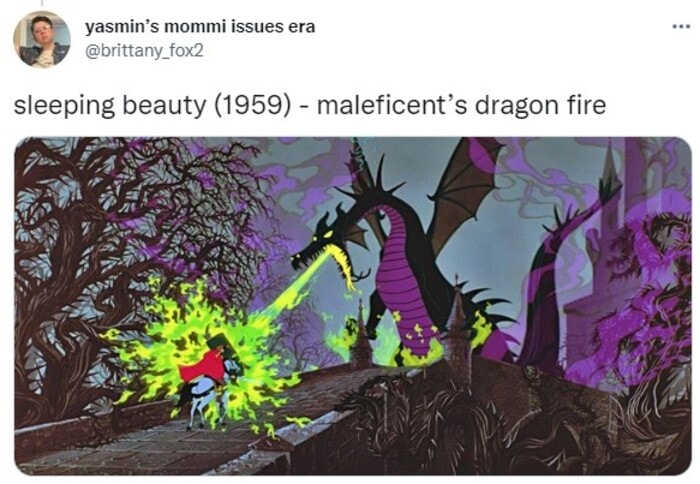 What Mushu lacks in size and power, he makes up for in hilarity. From Mulan, Mushu (voiced by Eddie Murphy) is the best companion, guide, and guardian of Mulan no matter what the ancestors say.

And anyone – or any dragon – that can have that much energy without caffeine is worthy of praise in our book. 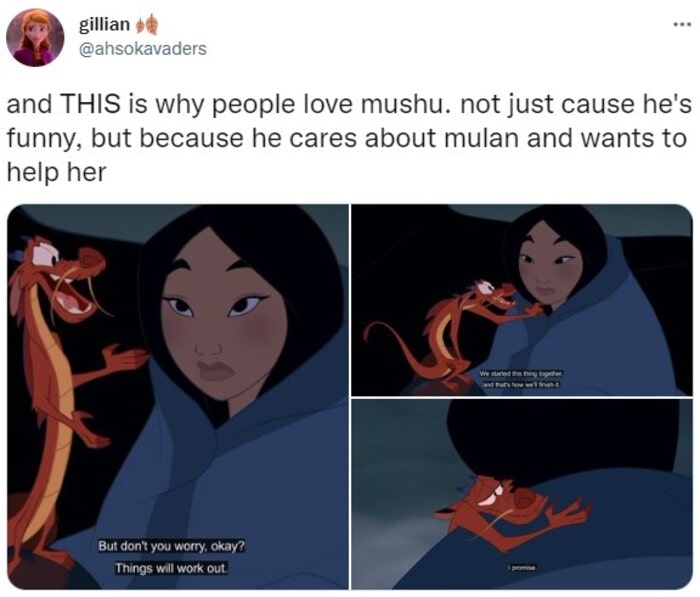 In the medieval fantasy film Dragonheart, a dragon hunter (Dennis Quaid) teams up with Draco (voiced by Sean Connery) to bring justice to the horrible Prince Enion.

Draco is different from the other dragons. He’s noble, loyal, and has a strong desire to do the right thing, even at the expense of sacrificing himself. He also likes his martini shaken, not stirred. Different, indeed. 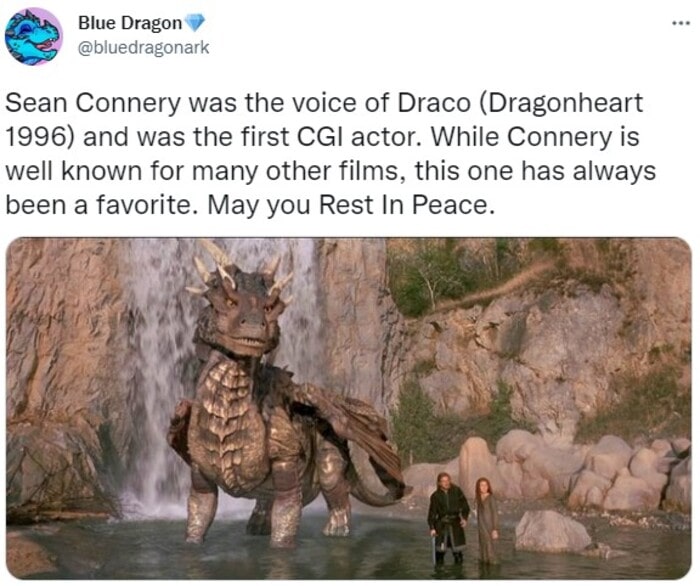 Toothless is a Night Fury dragon, one of the rarest dragon species in How To Train Your Dragon. He’s playful, sarcastic, protective, and has sonar abilities. Essentially, it’s like riding a giant bat.

He’s also absolutely adorable. Because who said all dragons had to be terrifying? Quiet, George R. R. Martin, no one asked you! 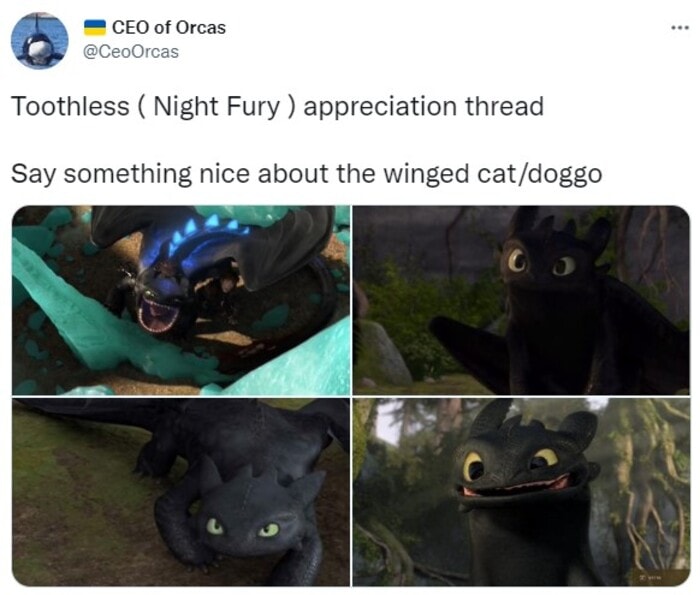 Now, we get to Smaug. This behemoth is the last of the great dragons in Middle-earth. He’s also a fire drake, or a dragon that breathes fire. Finally, something that doesn’t take 10 pages to explain in The Hobbit.

Smaug gets the #1 spot for being the most dragon-y dragon of them all. He’s massive, terrifying, intelligent, destructive, and hoards gold. And, he’s voiced by Benedict Cumberbatch. Everything we look for in a lover! Err..dragon. That’s right, we’re still talking about dragons. 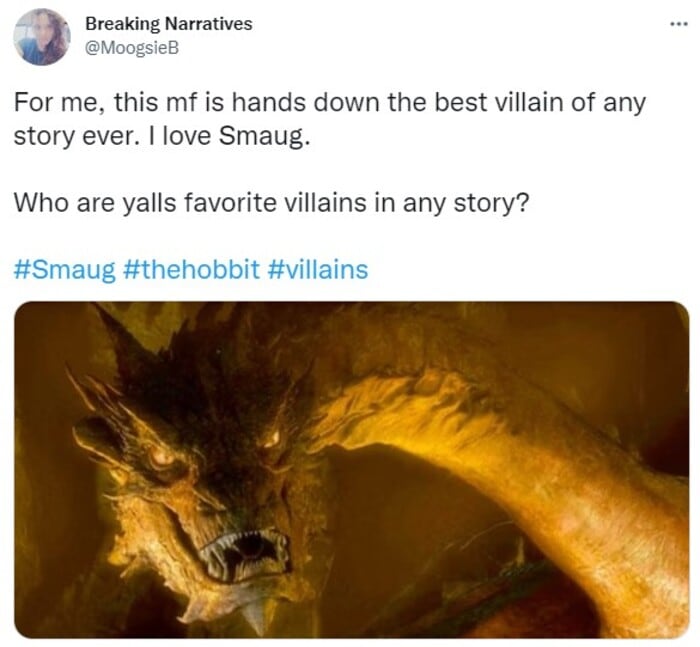 Latest posts by Ashley Hubbard (see all)
As an Amazon Associate we earn from qualifying purchases. This post may contain affiliate links from Amazon and other sites that we collect a share of sales from.
24 shares