Home » Food + Drink » Trends + News
This post may contain affiliate links that we collect a share of sales from. Click here for more details.
1.7K shares 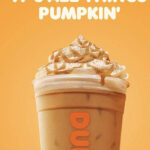 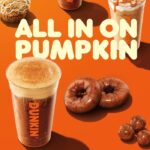 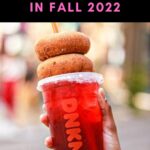 After the chaos of the last few months, we could all use some good news right about now. So consider us the fairy Godmother whispering sweet rumors into your ear. And if the rumors about Dunkin’s menu for Fall 2022 turn out to be false, blame Adele.

Though rumor has it that the fall menu is coming to Dunkin on August 17th, all of this is just speculation…for now. 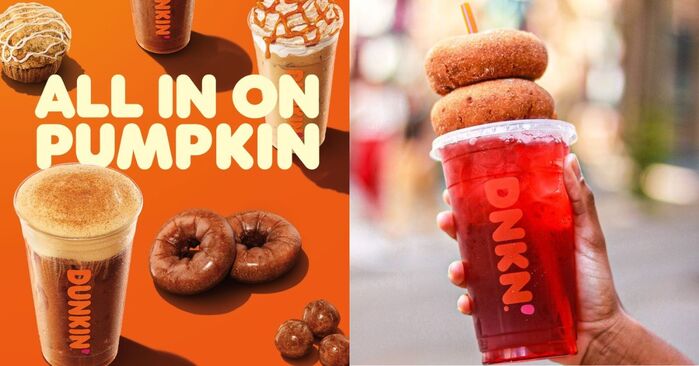 When is Dunkin’s Fall Menu Coming Out?

We’re nothing if not nosy, so here’s the deal. The summer menu at Dunkin’ is slated to end on August 16. That leads us to speculate that the rollout of the new fall menu — aka Dunkin’ Pumpkin — will happen the following day, on August 17. We think that’s how calendars work.

Last year, Dunkin’s debuted their first fall drinks and donuts on August 18. So if we’re correct, we can expect to enjoy pumpkin spice everything before there’s even a chill in the air. Thanks to capitalism for making this dream possible!

According to Markie Devo, the following items will return for Fall 2022: 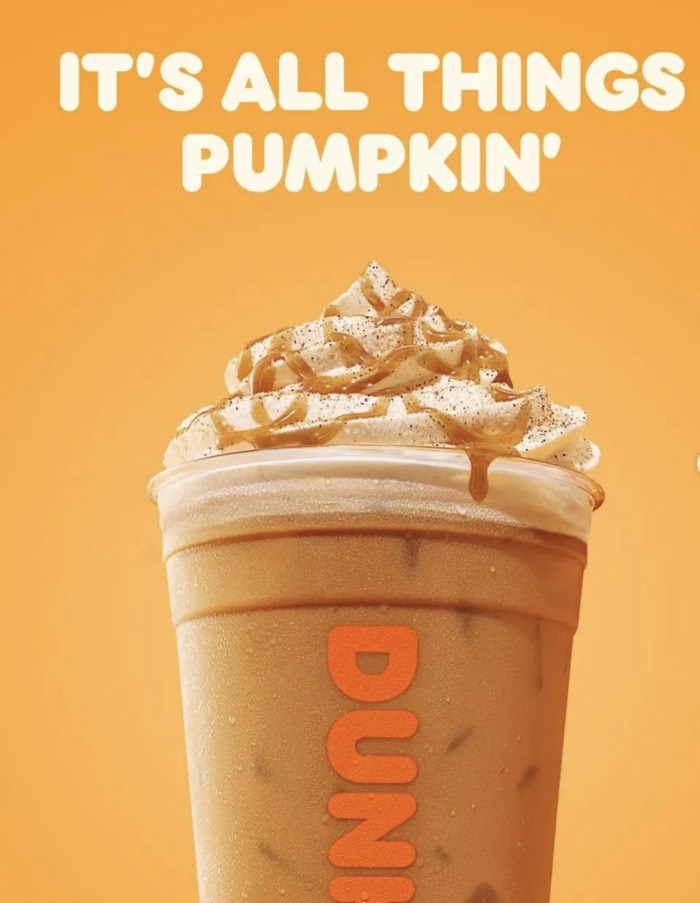 Rumor has it that two months later, on October 12th, their Halloween lineup — featuring a spider donut and a black-and-orange ombre Peanut Butter Cup Macchiato — will emerge.

We realize Dunkin‘ isn’t the farmer’s market, but this fall, they’re introducing a Blood Orange Refresher. And, last we checked, blood oranges are in season from December to April. Which makes us think… hey Dunkin’ where did you get your time machine and can we borrow it real quick?

Pumpkin Spice? Old and boring. Pumpkin with a shot of hazelnut syrup? Hot and delicious. Or iced. Your choice.

We know, it’s short. But, we just chatted with blogger and Dunkin’ expert Markie Devo, and well, looks like the Apple Crisp, Caramel Apple Cream Cold Brew, and Orchard Blend were just rumors… at least for the time being.

It’s also possible that Dunkin’ will bring back other fan favorites from last year’s menu, including the Pumpkin Cream Cold Brew, Pumpkin Spice Signature Latte, and more delicious drinks and food. Here’s what was on the docket last year, in case you missed it. We’re sorry for your loss.

Latest posts by Laura Davis (see all)
As an Amazon Associate we earn from qualifying purchases. This post may contain affiliate links from Amazon and other sites that we collect a share of sales from.
1.7K shares