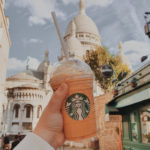 It’s the end of August, which means according to every craft store on the planet and Starbucks, it’s time for the annual pumpkin takeover. Starbucks’ pumpkin drinks may begin with the Pumpkin Spice Latte, but they certainly don’t end there.

In fact, there are several other pumpkin offerings on the official and secret menus. And since baristas actually want to sleep, Starbucks isn’t open 24-7, so there are also seasonal products like Pumpkin Spice Flavored Creamer and cold brew available at the grocery.

The fact that they think we make our own coffee is cute, but you can’t blame them for trying.

The PSL is the OG Starbucks pumpkin drink. It debuted in 2003 and “experts” attribute this to the entire pumpkin spice craze. With a combination of espresso, steamed milk, and pumpkin spice, you can get your PSL hot or iced. Same goes for your deodorant.

In 2019, Starbucks added its first new fall pumpkin coffee drink since the PSL launched. It’s made with Starbucks Cold Brew and vanilla and then topped with a pumpkin cream cold foam and a pumpkin spice topping.

The Pumpkin Spice Frappuccino is basically PSL ice cream. Starbucks doesn’t seem to put this drink on blast in their pumpkin menu, but you can still order it by name. Which we never seem to spell correctly.

This spiced Pumpkin Scone is topped with a sweet icing and is perfectly bite-sized. If you’re a snake.

Their pumpkin muffin is filled with cream cheese icing and sprinkled with pepitas and is a great way to disguise your dessert as breakfast. Hiding it behind a large book also works.

Enjoy a moist slice of pumpkin bread topped with pumpkin seeds year-round. Yeah, we said it. And we’ll do it again. Bread.

Want something you can drink at home but without any work whatsoever? This ready-to-drink iced espresso will do the trick.

None of the pumpkin spice drinks at Starbucks are vegan (the syrup contains dairy). But, you can grab the new non-dairy creamer that uses almond milk and oat milk to make your own PSL at home.

Their new Starbucks Cold Brew is infused with pumpkin, cinnamon, and nutmeg. Just add water and you’re good to go. Just like the science experiment happening in the back of your fridge. 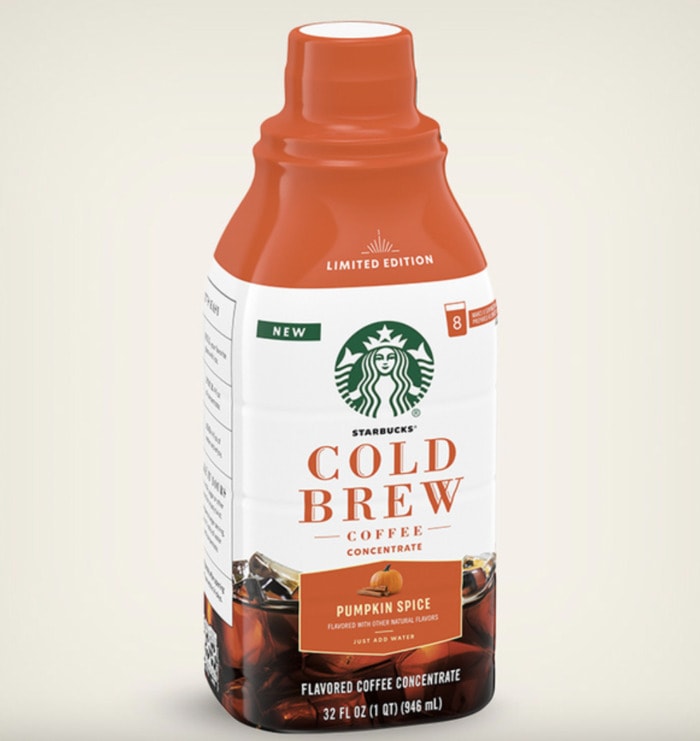 And for the extra basic people, Starbucks sells packets of pumpkin spice latte instant coffee. For when you’re running late to work and decide not to stop for coffee. Who are we kidding. It’s for your second cup.

Latest posts by Ashley Hubbard (see all)
As an Amazon Associate we earn from qualifying purchases. This post may contain affiliate links from Amazon and other sites that we collect a share of sales from.
52 shares