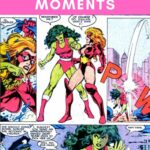 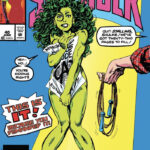 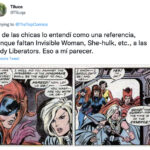 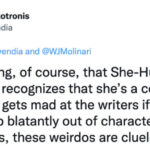 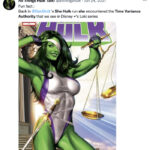 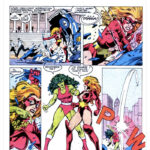 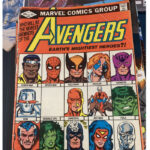 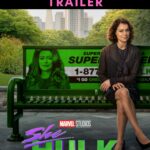 The latest She-Hulk: Attorney at Law trailer just hit the Internet, and it’s loaded with Easter eggs. So we dug out our magnifying glass in search of all the references to the Jade Giantess’ comic books, cool side-stories from the Marvel Cinematic Universe, and more.

Tatiana Maslany plays Jennifer Walters, AKA She-Hulk. She’s a lawyer/superhero combo, and promises to make this show unlike any MCU film or Hulk TV show you may have seen.

Where Bruce Banner was always a tragic man-on-the-run who hated Hulking out, his cousin Jennifer comes to love her green alter ego. Nowhere near as angry as her cousin, a lot of her friends see her as their voice of reason when they’re dealing with anger issues. 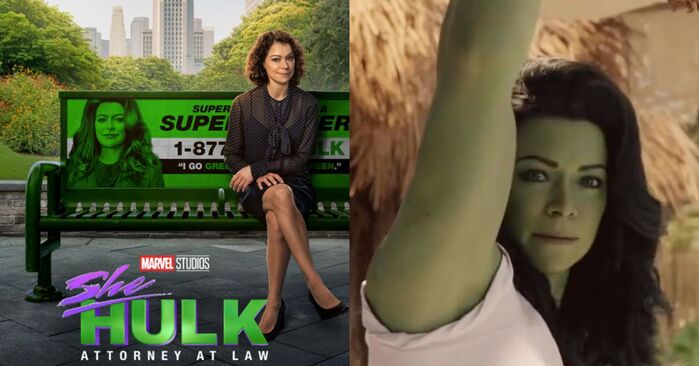 From forgotten villains to fourth wall breaks to the reappearance of a long-awaited Marvel superhero, there’s plenty to get excited about with MCU’s first legal comedy.

And if you’re just starting to learn about She-Hulk and wondering what’s so special about the big green “Glamazon,” read on. Here are the best cameos, gags, and comic book references we’ve spotted in the She-Hulk trailer.

10 Easter Eggs We Found in the New She-Hulk Trailer

1. Hulk’s Right Arm Is Back

Smart Hulk (Mark Ruffalo) kicks off the trailer with a bang. He blows an air horn into his cousin Jen Walters’ ear to make her morph into She-Hulk. As Jen yells at Bruce, Hulk takes notes on her transformation using his right hand.

Hold it! Didn’t Hulk fry his right arm in Avengers: Endgame? Yes, he did — and in a separate featurette, we see Banner (in human form) still has his arm in a sling when a pre-She-Hulk Jen is involved in a car crash with him. Yet somehow, that arm eventually gets fully healed.

We’d say that means you should never underestimate a gamma-powered healing factor. But was it ever really underestimated?

2. The Hulk Is Limber

Even Hulks need to exercise — and Bruce and Jen spend their time practicing yoga. We see that She-Hulk is insanely flexible and capable of poses that would make even the biggest Alo influencer green with envy. (We had to at least once.)

But this suggests a possible difference from the comics, where Jen’s gamma muscles condense when she transforms. This meant she kept her human-looking while packing an insane amount of power in her body.

Leave it to Hollywood to make their starring role long and lean and addicted to yoga.

Hulk might smash buildings, but She-Hulk literally breaks reality. In the trailer, we see her looking at the audience and delivering commentary on her life. Remind you of a certain Merc with a Mouth?

Actually, She-Hulk started breaking the fourth wall way back in her The Sensational She-Hulk meta-comic book from the 1990s. That was years before Deadpool made it his brand. So much for originality!

SHE HULK BREAKING THE FOURTH WALL LIKE IN THE COMICS. IM ABOUT TO CRY pic.twitter.com/gJXsGEwDBm

The MCU can be a depressing place where countries fall from the sky and half the population vanishes. But She-Hulk shows that living in this world can also be downright goofy.

For one thing, anyone can get superpowers, causing Jen’s law firm to launch a new division just for superhuman cases. In the comics, Jen’s firm also represents superpowered clients and even uses comic books as legal documents.

Incidentally, the trailer shows a room full of comics at Jen’s law firm, suggesting the MCU may have a similar legal precedent. Hey, if some mad scientists turned us into superpowered mutants, we’d want our lawyer to have a full set of X-Men comics on hand when it came time to “throw the book at them.”

Another She Hulk detail I adore. In the comics, her law firm has a research department filled with comics. In universe, those comics are used to build cases since if they have the Comics Code seal, that makes them legal documents. It looks like the show has something similar. pic.twitter.com/J9u0hMuSat

5. The She-Hulk Has an “Abominable” Client

Remember that 2008 Incredible Hulk movie? Yeah, neither do we. But She-Hulk’s finally giving this forgotten MCU film its due by bringing back some of its characters.

One is Emil Blonsky/The Abomination (Tim Roth), a supervillain Jen’s representing in court. Considering Blonsky tried to kill the Hulk when they last met, we agree with Jen that she has a “serious conflict of interest.”

Still, it should be fun watching her make a giant gamma mutate take the stand. Do you think we need to get some new hobbies? 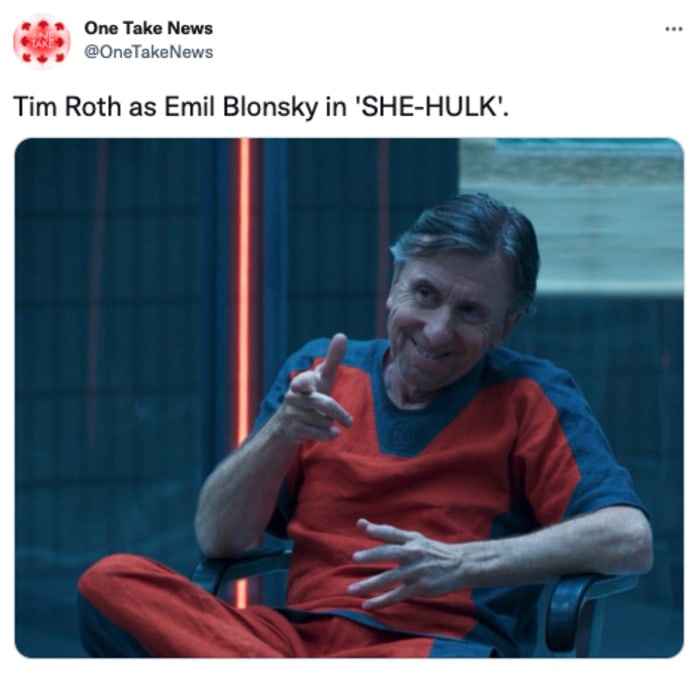 Actually, this isn’t the first time we’ve seen The Abomination since The Incredible Hulk. The big guy shows up in an underground cage fight during Shang-Chi and The Legend of The Ten Rings sparring against Earth’s Sorcerer Supreme Wong (Benedict Wong).

Shang-Chi also shows Wong opening a portal back to Blonsky’s prison cell. This suggests the sorcerer is periodically breaking the villain out of jail just so they can punch each other every now and then.

Since Wong also shows up in the She-Hulk trailer, could the Disney+ show explain how Wong and Blonsky ended up as Fight Club BFFs? Or are they not allowed to talk about it? 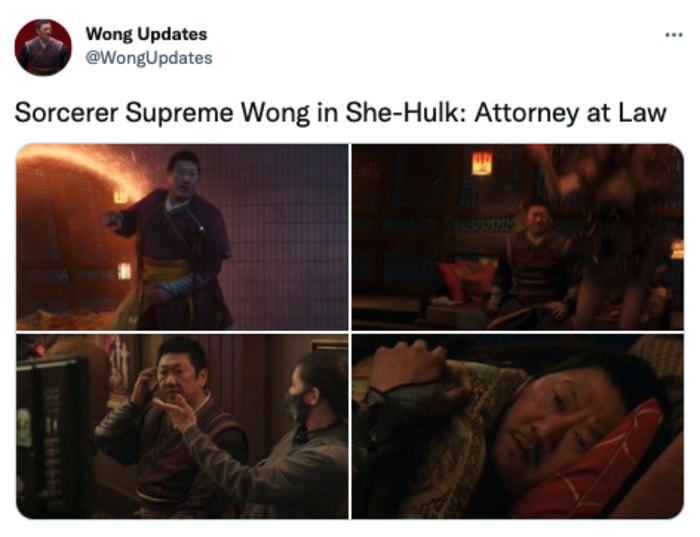 7. There are Plenty of Not-So Villainous Villains

Marvel fans may be hoping the MCU introduces A-list villains like Dr. Doom in their films. But She-Hulk promises to showcase a more…eclectic group of bad guys in its show.

During the trailer, we catch glimpses of Frog-Man, a goofy Spider-Man villain from the comics who eventually tried to become a hero. She-Hulk also gets a comment from “TrkSuit22” in her social media feed. This may suggest she’s being followed by the only-kinda-dangerous Track Suit Mafia from the Disney+ Hawkeye show.

We also see characters who look like Marvel villains Man-Bull and Matador attending the Abomination’s wellness retreat, “Abomaste.” Seeing as Blonsky used to be a special-ops commander who specialized in killing people and shooting dogs, this is a major career change.

Okay, but are there any bad guys She-Hulk can really cut loose on? You bet. The Good Place actress Jameela Jamil will be playing supervillain Titania who possesses superhuman strength on par with She-Hulk. We also see some glowing weapons that may belong to The Wrecking Crew. This group of prisoners that got their hands on a mystical crowbar and wrecking ball and decided to become supervillains.

Instead of, you know, going into construction. 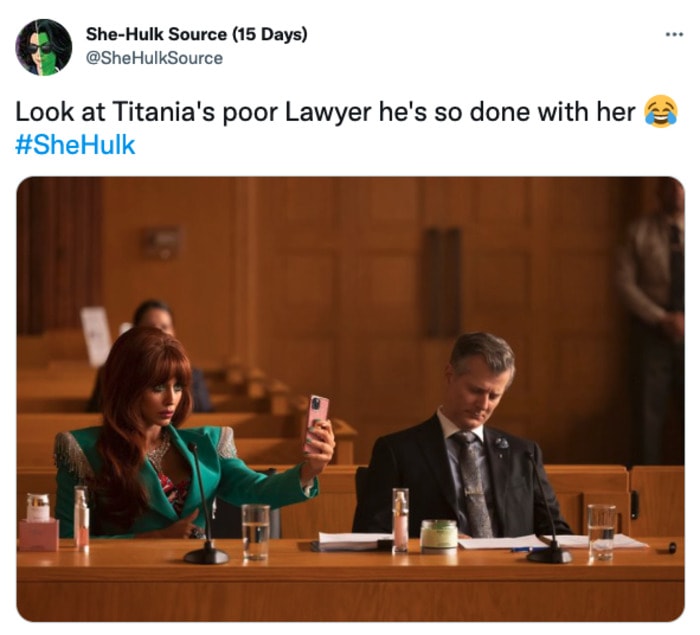 8. The Department of Damage Control

Aside from villains, She-Hulk will likely be dealing with the Department of Damage Control. This federal law enforcement in the MCU is tasked with seizing dangerous alien materials and arresting superpowered people.

Previously, we’ve seen them show up in Spider-Man: Homecoming, Spider-Man: No Way Home, and Ms. Marvel.

So, should She-Hulk see these guys as friends or foes? Technically, Damage Control agents are supposed to be the good guys. But wherever they go, super battles tend to follow. And when you add a gamma powered woman to the mix, that’s just a sure-fire recipe for some serious smashing. 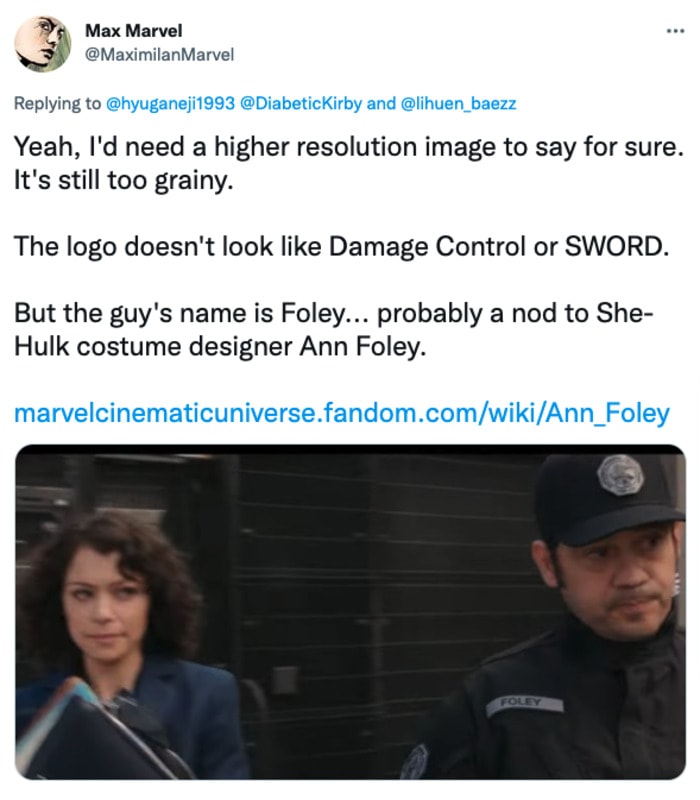 9. We Seen Hulk Green with Envy

Bruce Banner may have finally gotten his anger under control when he became Smart Hulk. But he still has to deal with other emotions like grief, frustration… or envy.

As Banner wonders if he’s feeling jealous, we cut to him performing a variation of the “sideways punch” he pulled on Thor (Chris Hemsworth) in The Avengers — by shoving Jen off a cliff.

Yeah, we don’t think Bruce is going to be invited back to any family barbecues anytime soon. 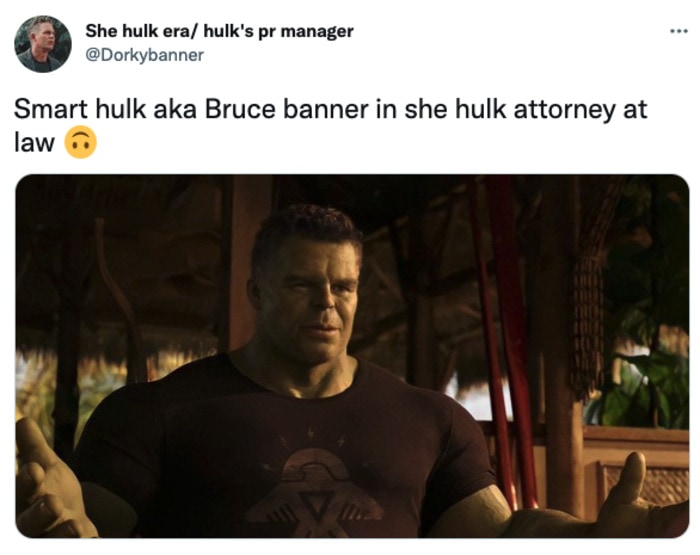 10. MCU’s Other Famous Lawyer Will Be Present

The show’s full title might be She-Hulk: Attorney at Law, but MCU fans know Jennifer Walters isn’t Marvel’s first superhero lawyer. That guy shows up at the very end of the trailer, somersaulting over She-Hulk and wielding his batons, while sporting a new red-and-yellow suit that’s a callback to his original comic book costume.

Yep, Charlie Cox’s blind lawyer Matt Murdock (AKA Daredevil) is confirmed to be in this show. But we’re hoping Murdock and Walters get to share some screen time in the courtroom as well as on the battlefield.

Superhero fights are becoming almost passe these days, but some good superhero legal drama? Now that’s worth tuning in for. 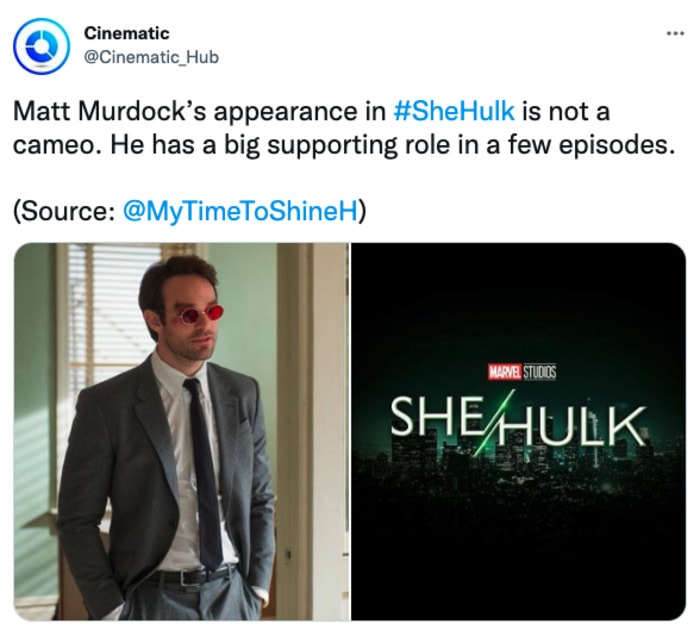 Latest posts by Michael Jung (see all)
As an Amazon Associate we earn from qualifying purchases. This post may contain affiliate links from Amazon and other sites that we collect a share of sales from.
6 shares