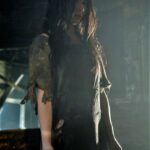 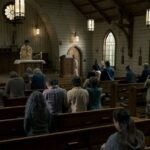 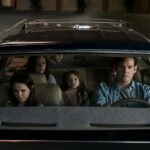 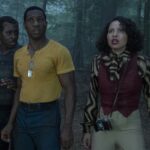 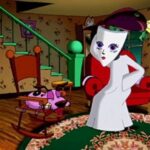 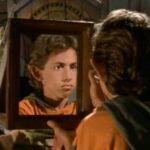 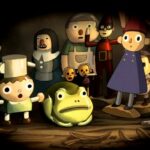 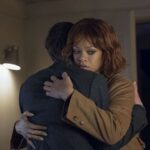 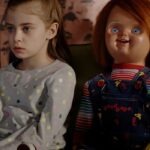 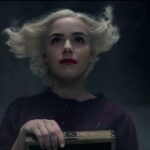 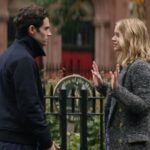 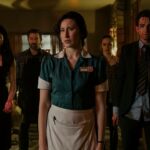 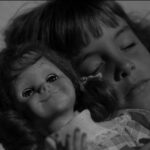 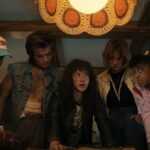 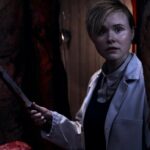 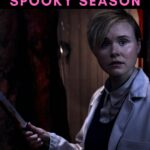 Although, consuming copious amounts of pumpkin pastries is pretty great, too.

Even though scary movies may seem to dominate the entertainment world around Halloween, you can’t ignore the brilliance of a spooky series. With multiple episodes, and often multiple seasons, a chilling show can pull you even deeper into a dark world. 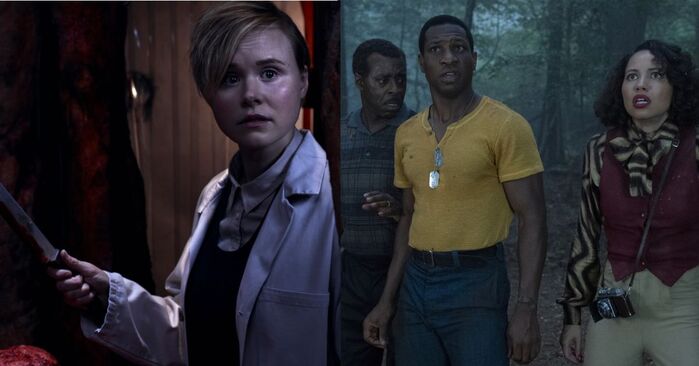 But if you’re the type of person who thrives on terror, then you’ll want to make sure all of these shows are on your list to watch. So grab your pumpkin-spiced popcorn (you know they make it!) and strap in for some of the best scary tales out there.

15 of Our Favorite Scary TV Shows

It ran for 15 seasons, but the best thrills can be found in the early years. Originally running in a monster-of-the-week format, you’ll discover terrors in this show you didn’t even know existed. Think you’re scared of werewolves? Wait until you meet a rougarou.

However, we stand by the Bloody Mary episode as being the creepiest. Get ready to never look in a mirror again! Oh, and you know how you’re scared of clowns? Meet teleporting killer clowns. We’ll pass on the circus this year, thanks.

Once again, we’re suggesting that you stick with the early years for this scary TV show. Tate Langdon may be hot, but he’s also absolutely terrifying.

Now for this show, the creepier moments of “Stranger Things” come in later seasons. Though it’s a sci-fi series, Season 4 goes full on horror.

One, two, Freddy’s coming for you. Sorry, we mean Vecna. It’s clear that ‘80s horror inspired the most recent season of this Netflix hit. And we’re not just talking about Will’s haircut.

This classic series has a habit of getting under your skin – you’ll start to question everything you know when you binge-watch these episodes. Who’s to say that the man serving you a drink isn’t from Venus? Or that aliens aren’t pulling strings during your fight with the neighbors?

“The Twilight Zone” is the OG of creepiness. And although it relied heavily on aliens, the show taught generations the meaning of terror in many forms. But did we mention the aliens?

Oh, Mr. Sandman, bring us a dream. Because Netflix’s “The Sandman” is mostly delivering nightmares. Although this series, based on the Neil Gaiman comics of the same name, isn’t a horror show, we still find ourselves with goosebumps.

It’s not that there’s jump scares galore. It’s more about the fact that everything feels very real. Walking into a diner at the wrong time can get you killed in this world. You wanted a waffle, and bam! You’re dead. And covered in syrup. Artificial syrup at that!

Most scary TV shows lean into supernatural scares, but this Netflix series gives us the ultimate terror: a man with a penchant for murder who thinks he’s the hero.

“You” twists the concept of a white knight on its head (and then rips the head off). And “you” as a person will spend the series wondering how someone as attractive as Penn Badgley could freak you out entirely. And make you question if you’re really ready to start dating again.

Remember “Sabrina the Teenage Witch” and that time she got addicted to pancakes? So silly, right? Yeah, that’s not Netflix’s “Chilling Adventures of Sabrina.”

The second Sabrina Spellman series is filled with gore, death, and the King of Hell. She sure has come a long way from her basic cable days, but as they say: with better outfits and cuter haircuts comes blood and demonic possessions. We’re pretty sure we heard that somewhere.

In one heck of a sequel, our favorite murderous doll has returned in a series on Syfy. And he’s brought along many of his former friends. He did promise to be friends until the very end, after all.

But don’t get too attached to anyone on this show because Chucky’s out for blood. Oh, and some casual world domination. Don’t children’s toys have normal hobbies anymore?

So far, we’ve talked about a reboot and a sequel, so let’s add a prequel to the list! “Psycho” redefined terror in cinema, and “Bates Motel” brought that terror to the small screen.

This series gives us a look at the relationship between Norman Bates and his mother. You know, before the whole stabbing Janet Leigh in the shower thing. Things go from zero to Oedipus real quick, and just when you think you’ve seen it all, there’s…Rihanna? Oh….so this is the monster under her bed!

Who knew an animated series could you give you the willies so well? Half heartfelt, half bone-chilling, “Over the Garden Wall” makes you question the meaning of mortality and family. All while you’re trying to decide where to go fo dinner – life is exhausting!

Everything isn’t as it seems in this series, and even the ending is up to interpretation. So, you’ll either end this show on a happy note or with a wave of anxiety. Good luck!

Wanna relive your childhood? Skip the Saturday morning cartoons and try this classic Nickelodeon series. Sure, you can still watch it with a bowl of cereal.

Gather ‘round the Midnight Society, and listen to stories that you had no business hearing when you were little. Like, there’s an episode where young girls are literally turned into dolls. And another with a clown that could give Pennywise a run for his money. Who let us watch this?

And here’s one more kids show we had no business watching. “Courage the Cowardly Dog” taught us the meaning of existential crisis years before we had to pay bills. Just whisper the words “King Ramses’ curse” to a millennial and watch their hair stand on end.

“Courage” was often heartfelt, but that didn’t make up for the pure terror it inspired in its young viewers. From mysterious entities behind an emotionless porcelain mask to real-world floating heads juxtaposed against the cartoons, “Courage” truly did not care if kids never slept again. Or, at least in their own beds.

H.P. Lovecraft was a master of horror, so it’s hard to imagine many things more terrifying than his creations coming to life. But “Lovecraft Country” manages to make many humans out to be far scarier than the mythical monsters.

Unfortunately, this hit series would only be a one-hit-wonder. It only got one season, despite a whopping 18 Emmy nominations. So, consider this our plea to HBO to please bring this series back.

We know it would be epic. And, maybe if they stop making Game of Thrones spinoffs, George R. R. Martin will finally finish The Winds of Winter.

We bet we only have to say one thing to give you goosebumps. Ready? “Bent-Neck Lady.” Annnnnd there’s that chill.

This cinematically stunning show is also bone chillingly scary. Yes, the jump scares are a lot, but there’s also a large, ominous feeling that seeps throughout the entire show. You never know what will scare you next. Maybe watch this with the lights on. Actually, are lights scary now? We really don’t know.

What do you do when you see something that is clearly a vampire? Apparently, start a cult! Okay, so maybe the characters in “Midnight Mass” aren’t the smartest. But the showrunners definitely know what their doing.

From the same creator as “The Haunting of Hill House,” the horror series takes a holy twist on the vampire legend. Let’s just say that these aren’t the sparkly vamps of “Twilight.” But they do give Rob Pat a run for his money in the looks department. Sorry, Team Edward.

Latest posts by Jacqueline Gualtieri (see all)
As an Amazon Associate we earn from qualifying purchases. This post may contain affiliate links from Amazon and other sites that we collect a share of sales from.