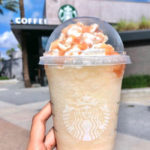 We know it’s difficult to imagine a time when the Starbucks Frappuccino didn’t exist. But that time was 1994. The era when Lisa Loeb, Nine Inch Nails, and Warren G ruled the top of the charts and Tom Cruise was the vampire everyone wanted to climb like a tree. And, yet, no frappe.

But, following a successful soft launch in the San Fernando Valley in 1993, Starbucks decided to launch the beverage nationwide in the summer of 1995. With two flavors: Coffee and Mocha. And no whipped cream. Cue sad power ballad. 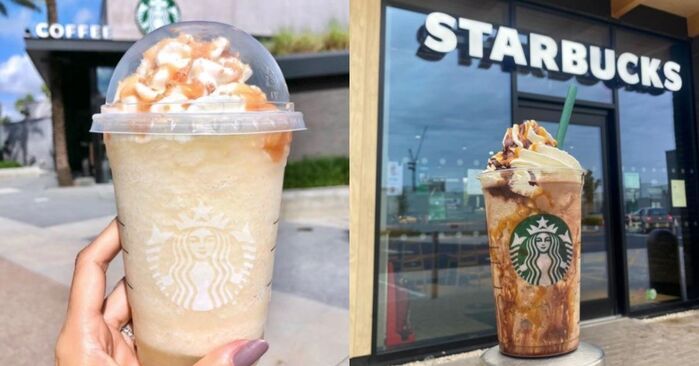 Despite that “missing” ingredient, the Frappuccino‘s launch was much more successful than expected. Not only did the milkshake-like beverage bring in people who didn’t typically drink coffee, it also boosted summer sales, and pushed Starbucks stock to an all-time high.

Here’s a look at what’s on the current menu, plus some secret menu frappes you can order.

So, What Is a Starbucks Frappuccino?

The Starbucks Frappuccino is a line of blended iced coffee drinks. It consists of a coffee or ​​crème base that the barista blends with ice and other ingredients. You can also get bottled versions at grocery stores, gas stations, and other locations, but you’ll have to BYO whipped cream.

The name (a portmanteau of cappuccino and frappe) comes from Boston’s The Coffee Connection. The coffee chain bought the brand, “along with one of their products called “frappuccino,” a cold, slushy drink made using a soft-serve machine.”

In 1999, Starbucks followed up the Coffee and Mocha launches with the Caramel Frappuccino. It was the first to feature whipped cream and is still, for obvious reasons, a menu favorite.

You can also order a Crème version, which leaves out the coffee. And maybe the will to stay awake during an 8am meeting.

The Caramel Ribbon Crunch blends caramel syrup with roast coffee, milk, and ice. It’s then topped with a layer of dark caramel sauce, whipped cream, caramel drizzle, and crunchy caramel sugar topping. It’s like a snack on top of a snack! Frappes, they’re just like us! 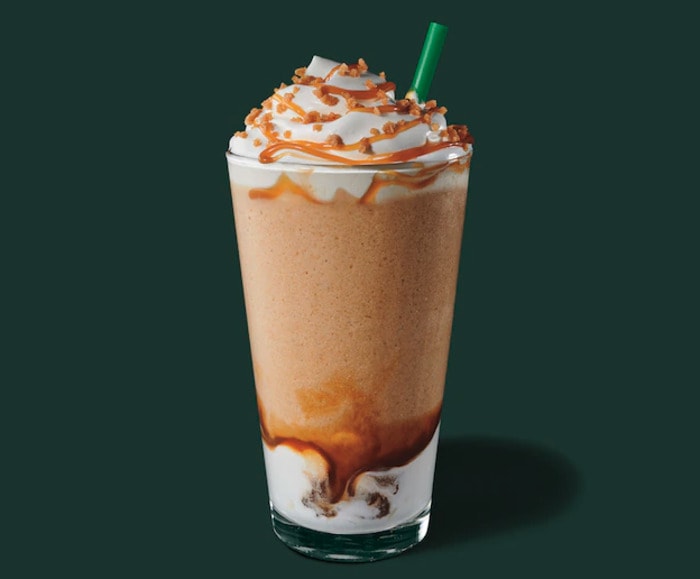 The Espresso Frappe combines espresso, milk, and ice. It’s like the OG Frappuccino in that it doesn’t come with whipped cream or drizzle. It does, however, come with a tiny time machine to beam you back to 1994. 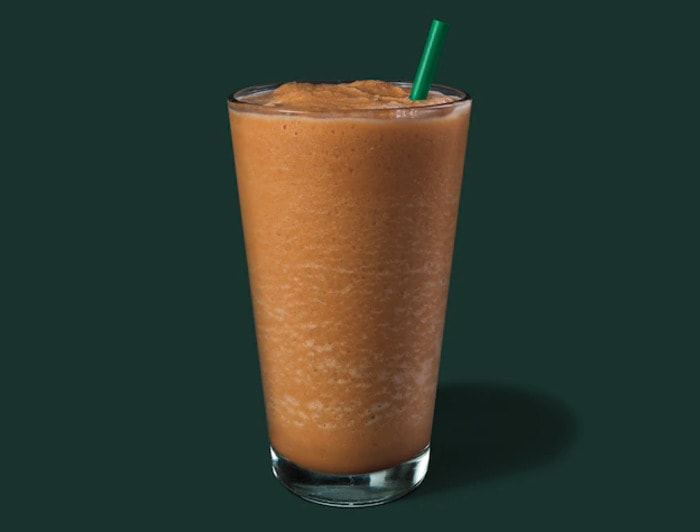 For the Caffè Vanilla, baristas blend Vanilla Bean powder, milk, and ice and top the drink with whipped cream. Starbucks saw your vanilla milkshake and raised it  a dose of caffeine. And a few extra bucks. 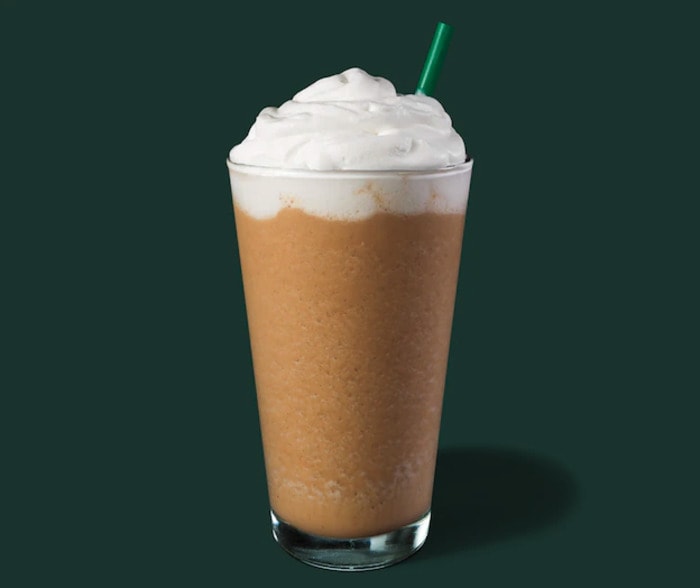 Starbucks most popular Frappuccino is made with coffee, caramel syrup, milk, and ice and topped with whipped cream and caramel drizzle.

It wasn’t just the first to feature whipped cream. It also debuted with the now iconic green straw and dome lid. We know it’s been a while since you’ve seen those since you’ve been using your reusable cup, right? Right? 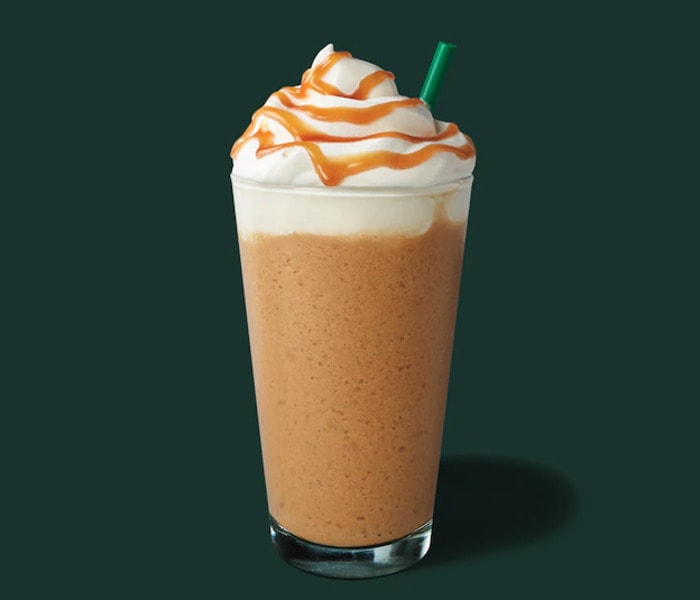 This is the original Frappuccino. It blends coffee with milk and ice and sets you off on your merry, caffeinated way. We’re off to see the wizard! He’s got our extra shot. 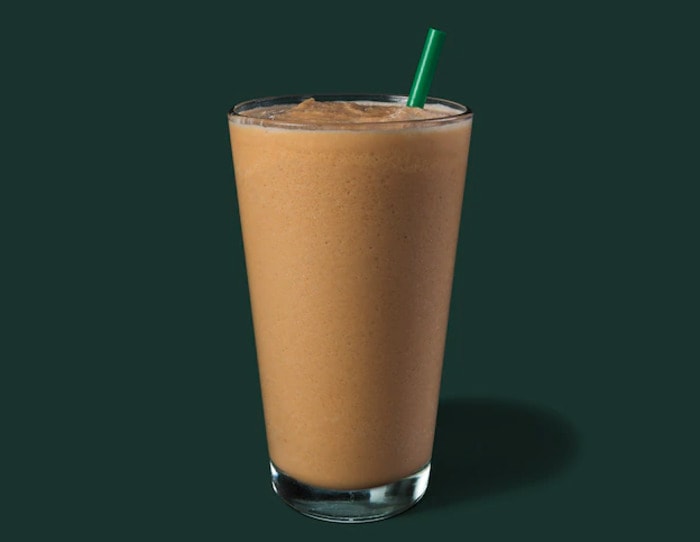 The Mocha Frappuccino was the other original frappe. It’s a combination of ice, milk, coffee, mocha sauce, and now comes standard with whipped cream. Some things have in fact improved from the 90s. 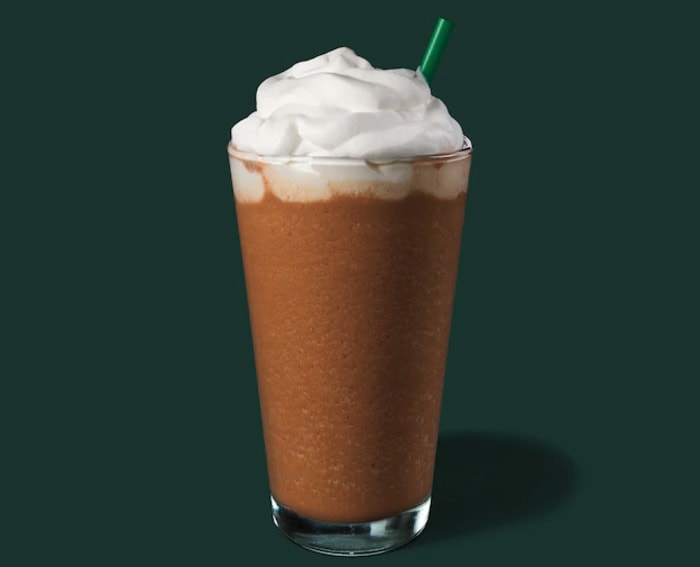 For the Java Chip, the baristas take coffee, mocha sauce, milk, chocolate chips, and ice and throw them all in a blender. They then top the mixture with whipped cream and chocolate drizzle. Wheeeeee! (That’s the only sound we’re capable of making after two of these.) 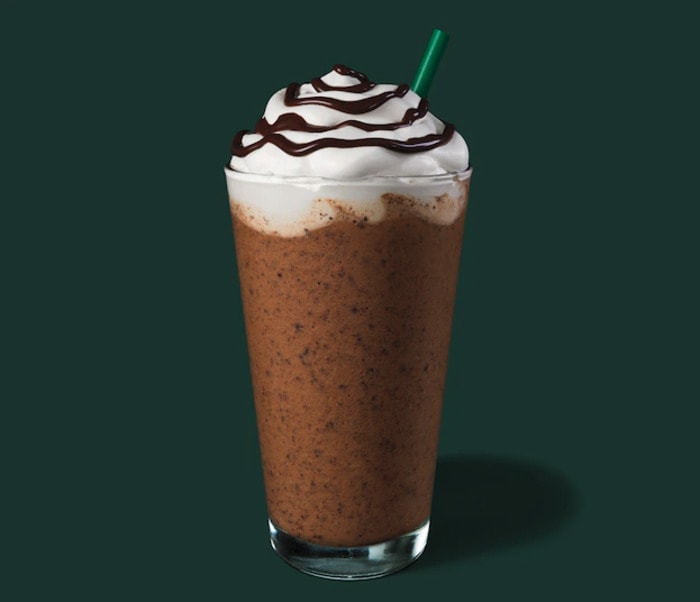 For the White Chocolate Mocha, you’ll get a blend of coffee, white chocolate mocha sauce, milk, and ice pulverized together and topped with whipped cream. 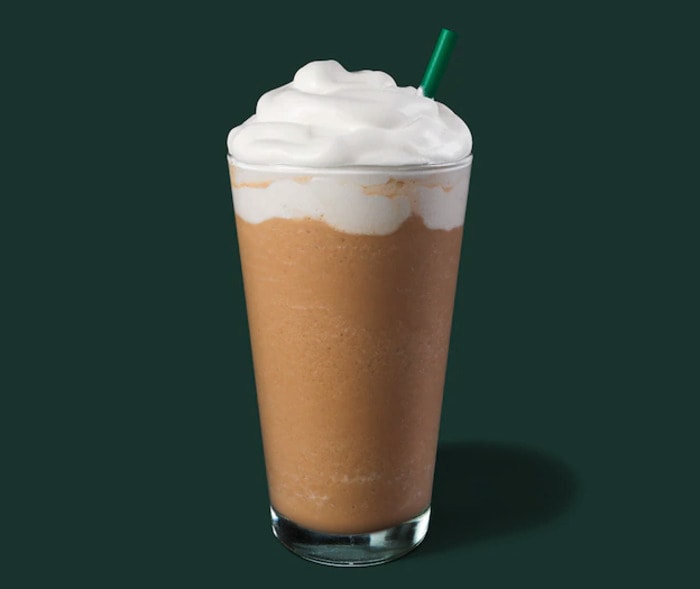 The caffeine-free Strawberry Crème is a combination of strawberries and milk blended with ice and topped with whipped cream. Our nutritionist told us to drink a smoothie every morning. And this isn’t that. 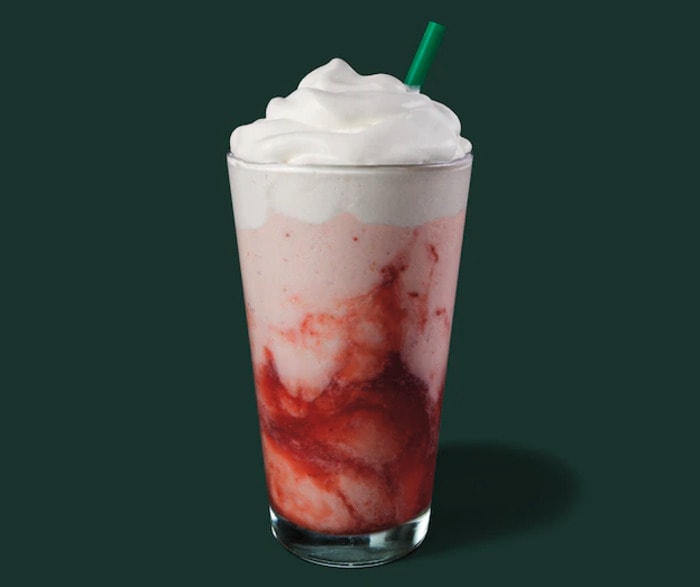 For non-coffee drinkers who still want caffeine, the Chai Crème features black tea but it does have tea. It’ s a combination of chai, milk, and ice, that’s topped with whipped cream and a sprinkle of cinnamon.

Can’t decide between coffee and tea? Add a shot of espresso and make it a Dirty Chai Frappuccino. 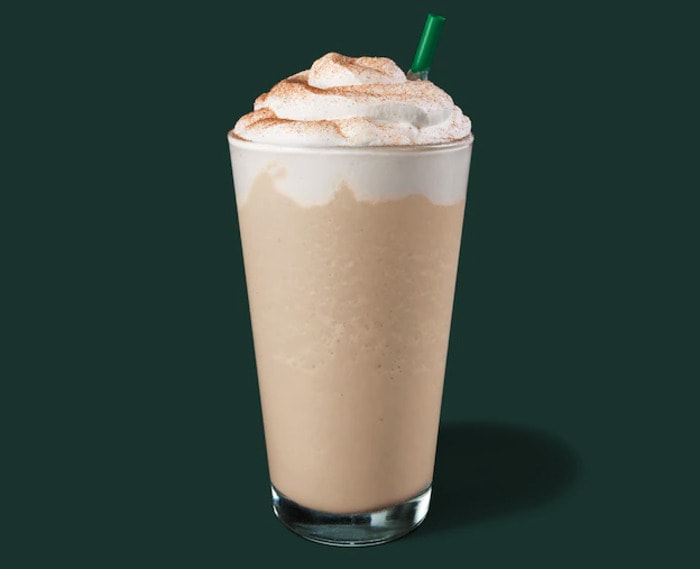 Who needs coffee when you can sip on a mixture of mocha sauce, chocolate chips, milk, and ice that’s topped with whipped cream and mocha drizzle? One out of five dentists approve! 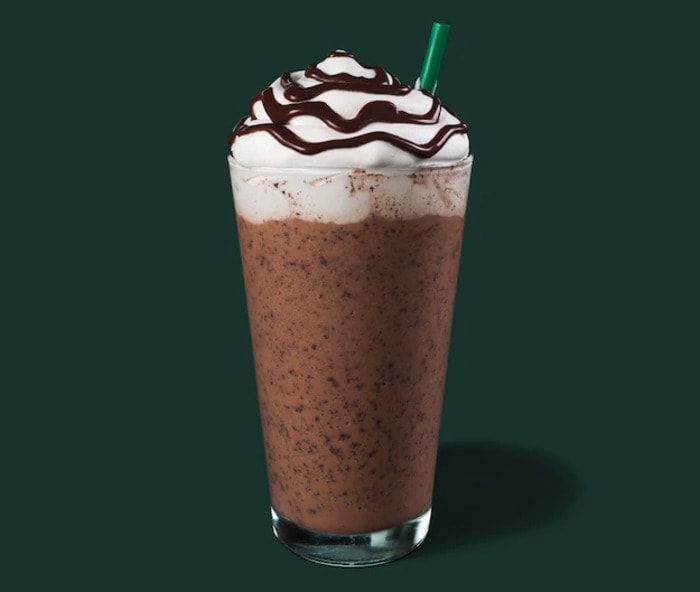 The Matcha Crème is a tea-based blend green tea, milk, and ice that’s topped with whipped cream. The matcha green tea is a great little energy booster. And it doesn’t get stuck in your teeth like some other green things. That’s the last time we’re eating kelp off the beach. 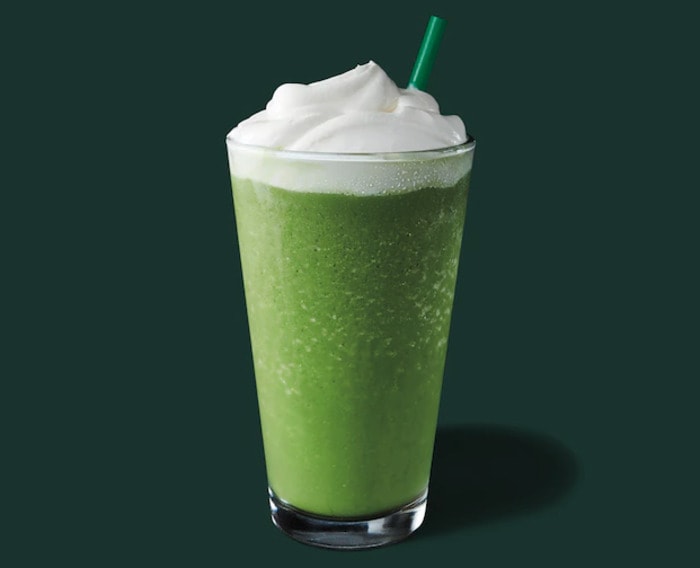 Vanilla doesn’t have to be boring. The Vanilla Bean Crème features vanilla bean powder, milk, and ice blended and then topped with whipped cream. It’s the coffee-free version of the Caffé Vanilla and is the only Creme version that’s more popular than the coffee one. 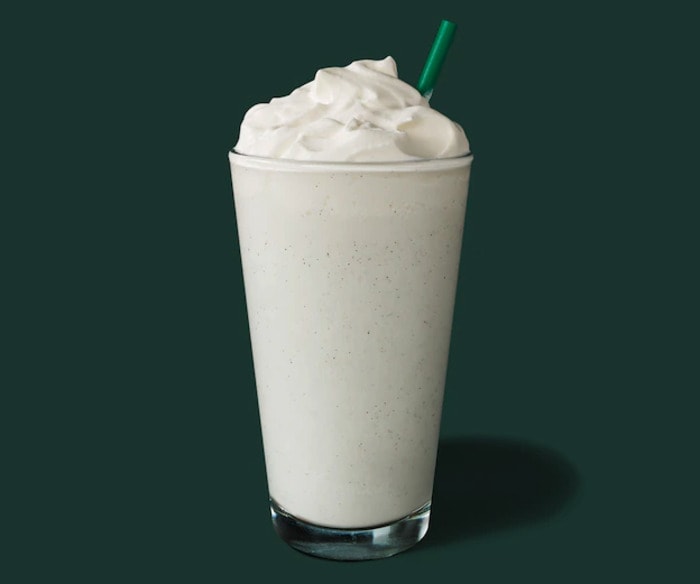 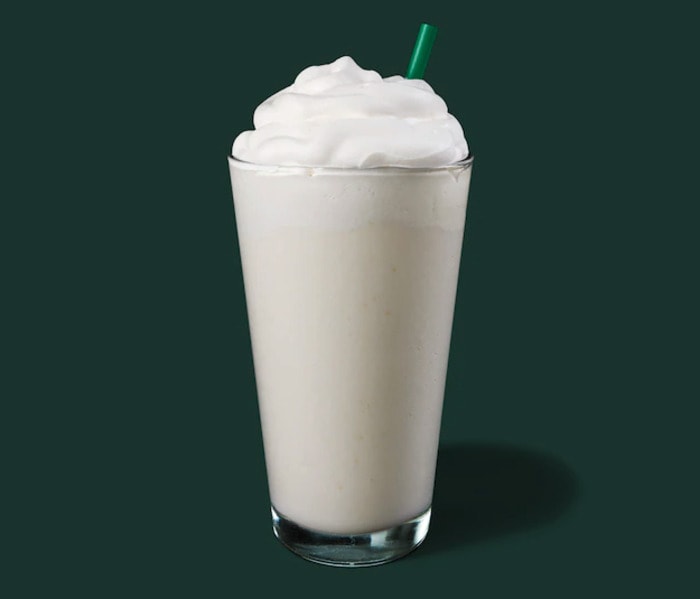 The PSL isn’t the only fall drink in town. The Pumpkin Spice Frappuccino version is it’s hip cousin. It’s made with pumpkin syrup, topped with whipped cream, pumpkin drizzle, and pumpkin pie spice powder and knows all the cool bands. 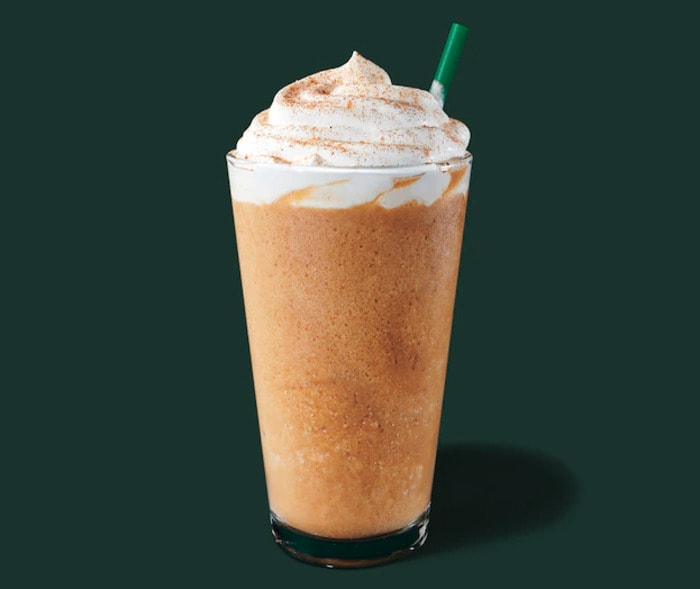 The Strawberry Funnel Cake was 2021’s summer addition and was not exactly a favorite. It combined ice, whole milk, coffee Frappuccino syrup, strawberry puree, and funnel cake syrup. It was then topped with whipped cream and powdered sugar funnel cake pieces. 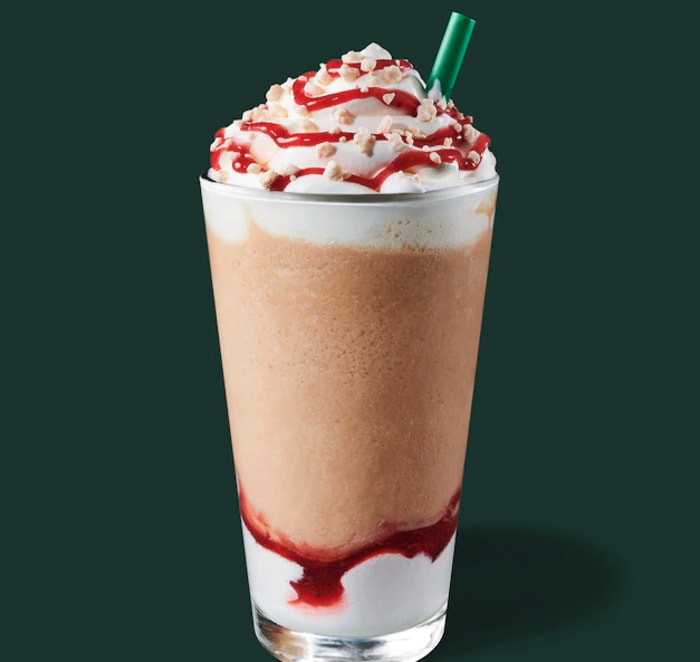 The Peppermint Mocha has been a fan favorite for a long time. The holiday beverage blends mocha sauce, peppermint syrup, milk, ice, and coffee and is topped with whipped cream and dark chocolate curls. 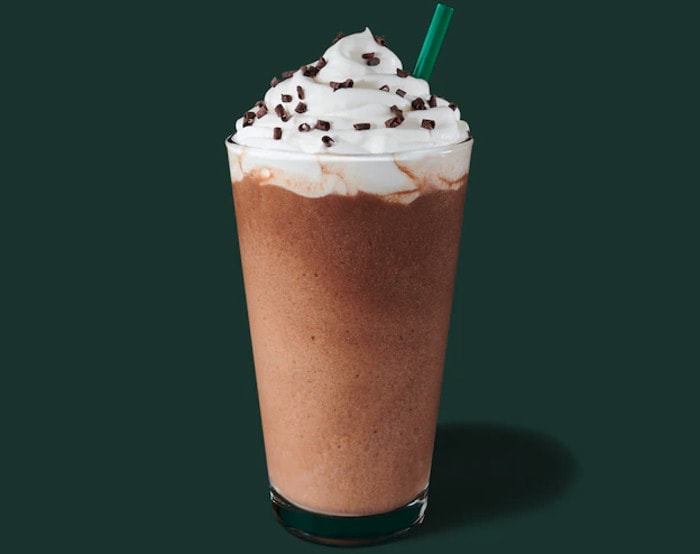 Latest posts by Ashley Hubbard (see all)
As an Amazon Associate we earn from qualifying purchases. This post may contain affiliate links from Amazon and other sites that we collect a share of sales from.
104 shares